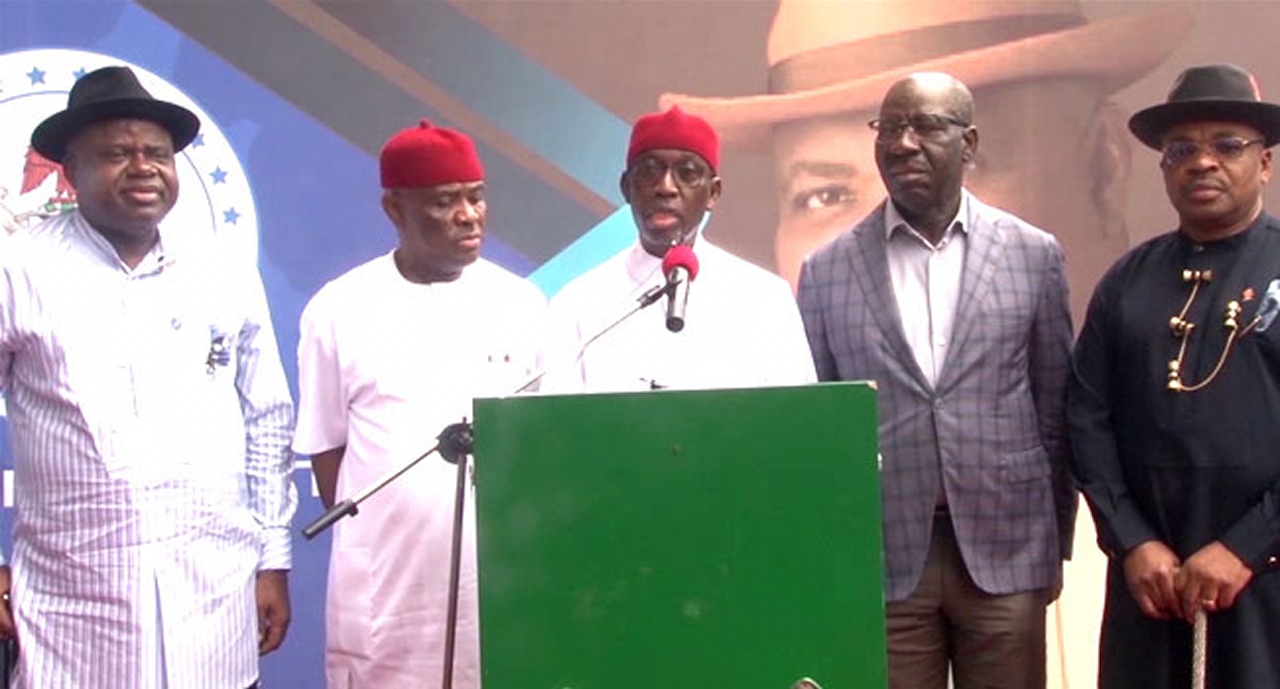 The BRACED Governors’ Council also known as South-South Governors’ Forum said it has approved a joint regional security outfit which would be floated soon.

Chairman of the Forum and Nigeria’s Delta State Governor Ifeanyi Okowa said this was part of the resolution reached at the end of their meeting held at Government House, Port Harcourt, Rivers State.

The Delta State governor, who read the Forum’s communique, said BRACED has unanimously supported states on the collection of Valued Added Tax (VAT) and agreed to join the suit at the Supreme Court.

Governor Okowa, who presided over the meeting, called on the President and National Assembly to review some unfair aspects of the recently signed Petroleum Industry Bill, which has become an act.

‘Bearing in mind that most of the BRACED states have established their state security’s organs, we approved the regional security architecture, which will be launched very soon. Unequivocally support the decisions of states to collect Valued Added Tax and resolved to join the suit at the Supreme Court.