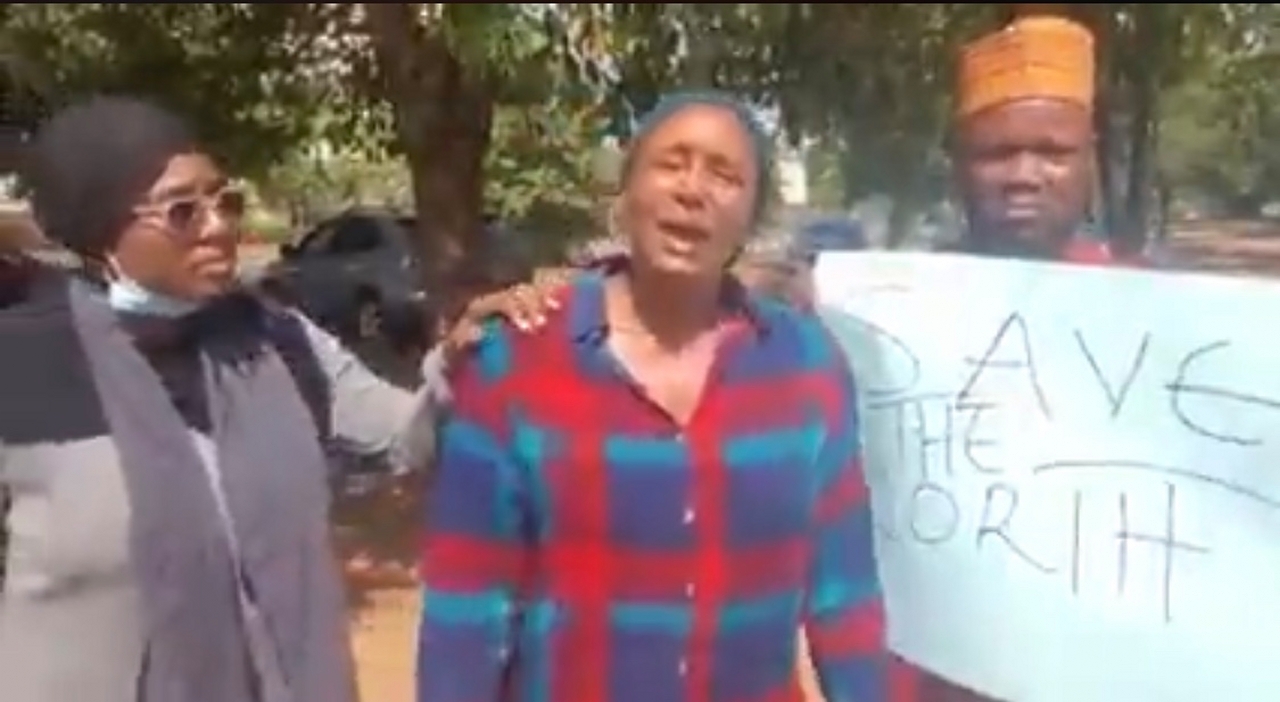 Zainab Ahmed is a sister to Kadaira Ahmed, the Nigerian journalist, media entrepreneur, television host and the Chief Executive Officer of RadioNow 95.3FM.

In the build up to the February 2019 general elections, Kadaria moderated the town hall meetings for presidential candidates and their deputies, specifically that of President Muhammadu Buhari and his vice, Professor Yemi Osibanjo.

Today, Zainab has led a #SaveTheNorth protest against the President.

She Cried bitterly and complained about the incessant killings going on in the North of Nigeria. She specifically highlighted the death of someone dear to her, who was raped by eight men before eventually being butchered.

In 2019, her sister, Kadaria was accused of “open bias” in her handling of the presidential election debate between Muhammadu Buhari and Atiku Abubakar but in her defense, she said her method drew from the way each of the candidates treated her during the election.