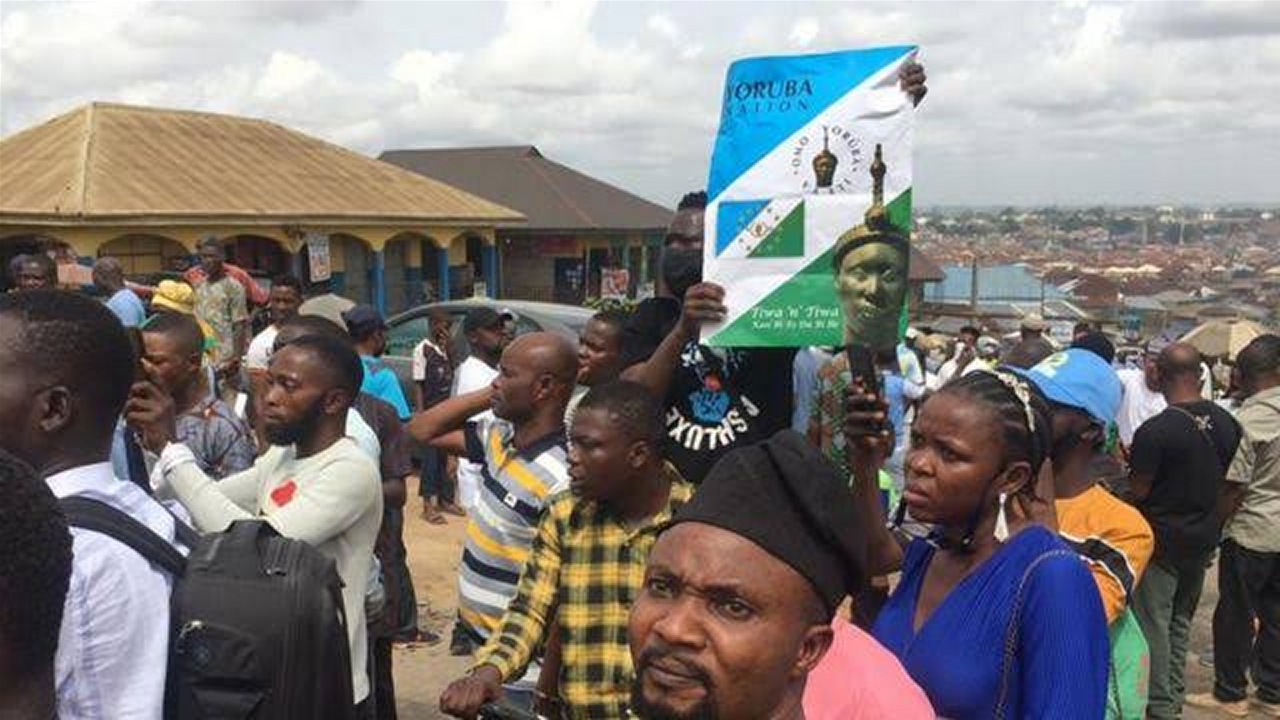 The umbrella body of Yoruba Self-Determination Groups, Ilana Omo Oodua (IOO), has endorsed the July 3rd Mega Rally scheduled to hold in the Commerical City of Lagos, Nigeria in support of the actualisation of Yoruba Nation.

Ilana Omo Oodua, under the leadership of Renowned Historian, Professor Banji Akintoye, has held peaceful rallies in five Yoruba Speaking States of Ekiti, Oyo, Osun, Ogun and Ondo, clamouring for the emergence of Yoruba Nation from the Republic of Nigeria.

In a statement signed on Monday by the General Secretary of IOO, Arc. George Akinola and made available to News Men by the Media Communications Secretary of the Group, Mr. Maxwell Adeleye, the International Community such as the United Nations (UN),  European Union (EUP), African Union (AU), Economic Community for West Africa (ECOWAS), and the Governments of United States and United Kingdom have been invited to observe the rally.

Promising to be peaceful and orderly, the group said if actualized, the Yoruba Nation shall be the shinning glory of the Black Race.

“Ilana Omo Oodua and its associates have concluded arrangements to hold the Lagos State version of the Yoruba Nation mega rallies on Saturday, July 03, 2021

“It promises to be a blast as we finally sink the ill fated amalgamation in the Atlantic ocean, welcome to the shinning glory of the black race!

“The Lagos rally will be one of the super rallies storm that have been blowing galefully and peacefully all over Yorubaland and all Yoruba sons and daughters are encouraged to come out and stamp their unequivocal authority on the land. We own this space!

“We are on the last leg to liberation. And as usual, this rally will be peaceful, well coordinated and orderly. It was peaceful at Ibadan, well conducted at Abeokuta, super orderly at Osogbo, fantastically coordinated at Akure and epochal at Ado-Ekiti.

“The Nigerian police cooperated well with us in all these places. We do not expect it to be different in Lagos. Be a witness to history”, the statement, said.