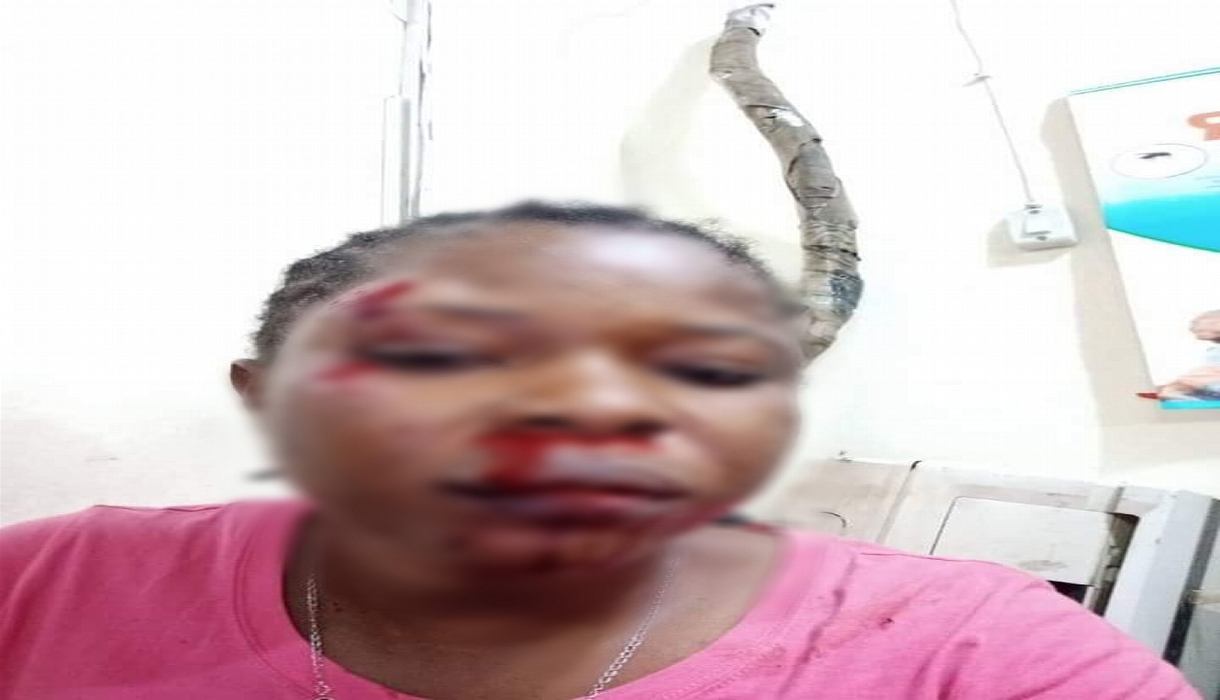 A girl named Chinasa, who boarded a vehicle from Airforce to Eliozu on Saturday Night after work escaped from kidnappers in Rivers State.

The incident occured when Chinasa got to Eliozu and upon arrival she told the driver she had reached her destination, but the driver refused to stop.

Suddenly, another Passenger at the back screamed- ‘Nobody Go Come Down For This Motor’.

Now, when she turned to look at the man, he immediately slapped her and at this point it dawned on her that she had been picked up by kidnappers.

Fortunately for Chinasa there was a slight traffic, so she took advantage of it by raising an alarm by hitting the car and dragging the door since she was close to it, the cars started moving and so she began to struggle with them.

Now, when the Kidnappers saw that the Car behind them was chasing after them, they pushed her out of their moving vehicle and zoomed off.

Chinasa sustained Serious Injuries all over her Body. She later discovered that the car behind the Kidnappers was not actually chasing after the Kidnappers.