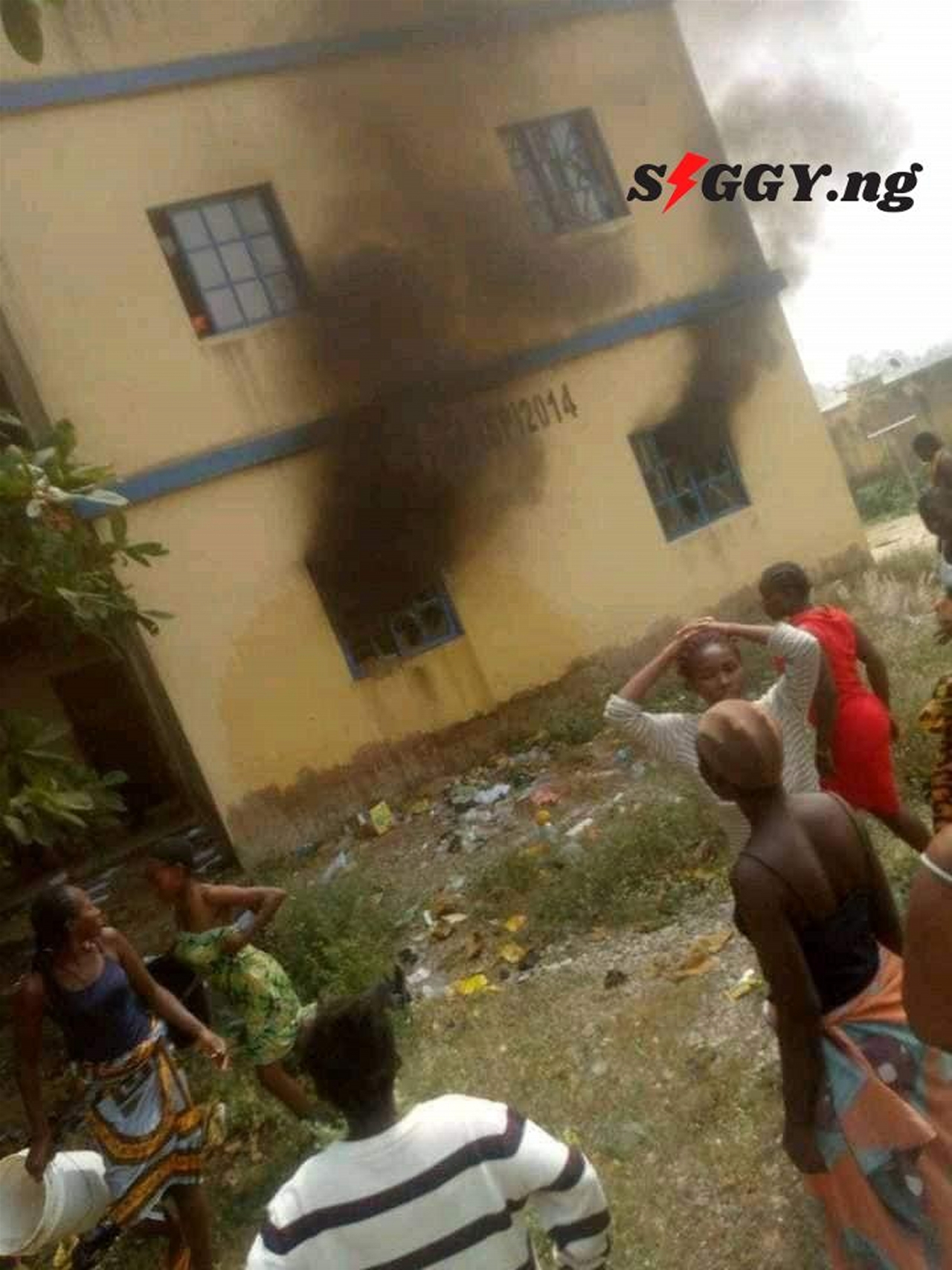 Report from Taraba state in Northern Nigeria says the identity of the female that died in Taraba state University, Jalingo has been revealed to be Miss Emuseh Lawi, a 100 level student from Donga LGA.

There was a fire outbreak at Zenith Hostel in the Taraba State University (TSU) which left a female student burnt beyond recognition.

Enuseh Lawi, the 100-level student of Tourism, from Donga Local Government of Taraba State lost her life when fire destroyed some part of the female Hostel of the University, popularly called Zenith Hostel.

It was gathered that when the fire started at the room of the victim, she was asleep. It took the effort of the other females in the hostel to break in the room and bring her out. She was later Confirmed dead at the Federal Medical Centre Jalingo.

The fire which effect some part of the hostel damaged properties and valuables belonging to students.

It took the collective effort of the female students in the hostel and Security men at the University to bring the fire under control.