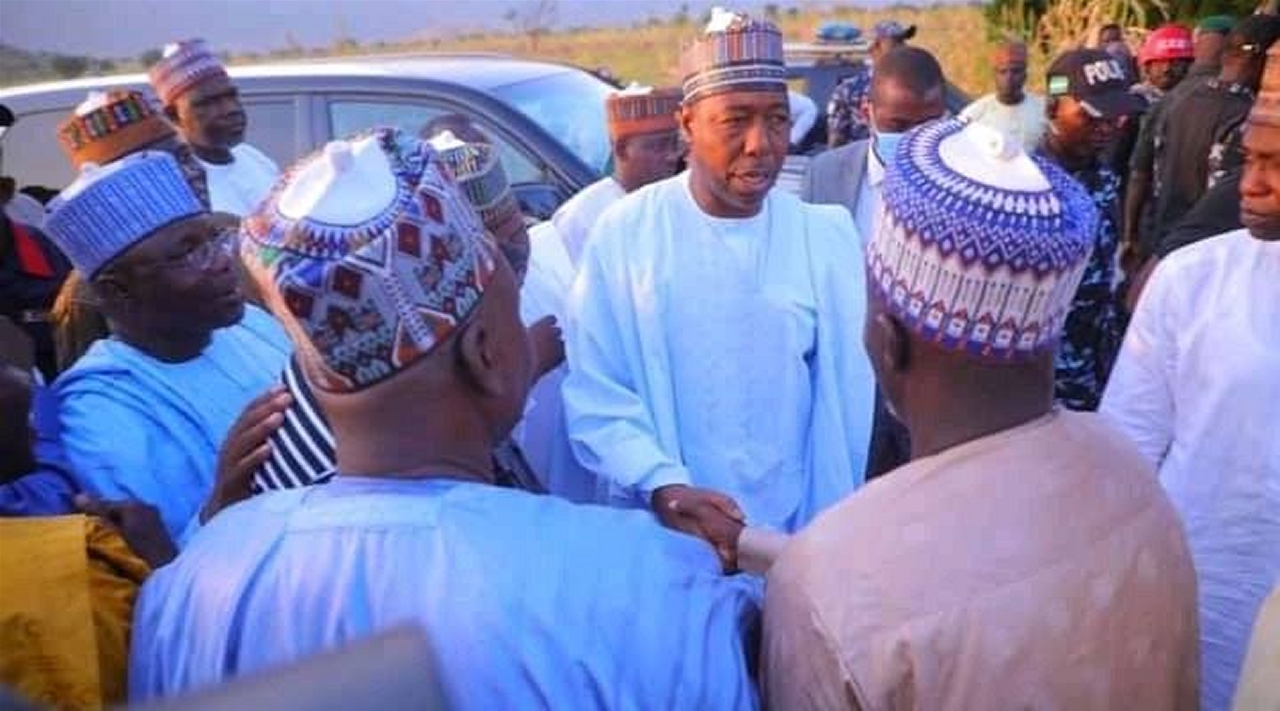 Borno State Governor, Professor Babagana Zulum has expressed strong concern over the increasing presence of terrorists from the Islamic State of West Africa Province (ISWAP) in some parts of the State, and called for urgent security measures to curtail their growth.

Zulum disclosed this when he received the Senate Committee on Army led by Senator Mohammed Ali Ndume at the Council Chamber of the Government House in Maiduguri.

While commending the President Muhammadu Buhari’s administration, the Nigerian Armed Forces and volunteers for major gains recorded in Borno, Zulum nevertheless said he was deeply worried about the increasing presence of the ISWAP in some parts of the State, especially in southern Borno.
The Governor added that “ISWAP’s fighters are better armed, better equipped, more intelligent and more sophisticated than Boko Haram, and they grow spontaneously.

The Governor also spoke about the recent surrender by hundreds of repentant Boko Haram fighters, which he said was already resulting to some stability especially in the areas of agriculture.

He cited that since the surrender of thousands of insurgents, farmers have increased access to farms by 700%, noting that he supports, the continued combination of military warfare, and political approach towards disarmament, deradicalization and safe reintegration.

Earlier, Chairman Senate Committee on Army, Senator Mohammed Ali Ndume said they were at the Government House to commend Governor Zulum for the support he has been rendering to the Army towards restoring peace to the State and nation at large.

The delegation have also visited the wounded soldiers in the army hospital Maimalari Cantonment Maiduguri.