Changing How We Fund And Run Public Universities- By Waziri Adio 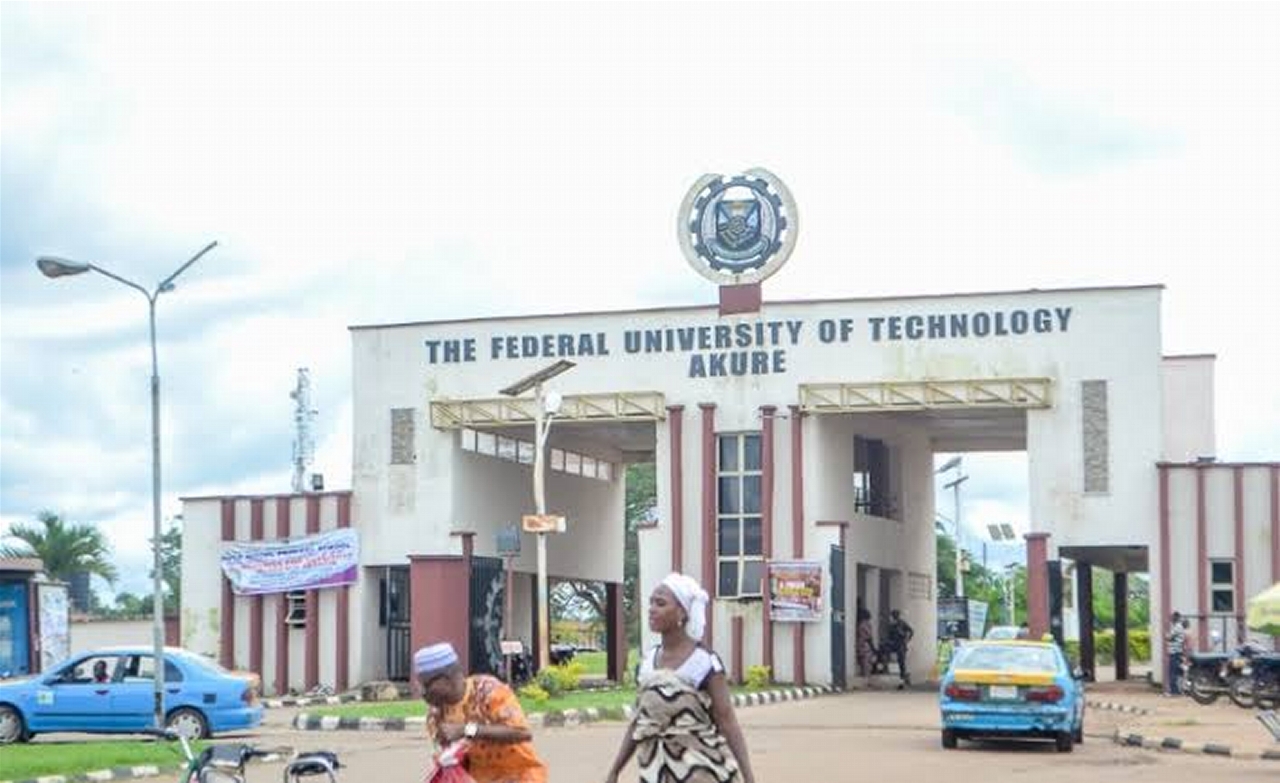 On Monday, the Academic Staff Union of Universities (ASUU) declared a one-month warning strike. The last ASUU strike was in 2020 and it lasted nine months, effectively a whole academic year. According to data from a Wednesday report in this newspaper, ASUU went on strike 17 times for a total of 1, 450 days between 1999 and 2020. That means ASUU called a strike every 15 months and for a total of almost four full calendar years out of 21 years, with the attendant negative impact on how long it takes to earn, and the quality of, degrees from our public universities.

Most people are justifiably weary of ASUU’s seeming elevation of strike to a vocation. Even when it continues to couch its disruptive actions as designed to save the ‘system from imminent collapse,’ ASUU sounds increasingly unconvincing and inconsiderate. It has, over time, lost the support and sympathy of many reasonable people. This should give the leadership of ASUU a serious reason for pause. No matter how noble its intentions and how right its cause—and both are open to interrogation—ASUU should know by now that its incessant strikes have not produced the desired result, otherwise the strikes wouldn’t need to be invoked almost every year.

Successive governments are not blameless either, not only for signing agreements they almost always observe in the breach but also for not standing up to ASUU’s perennial blackmail and, most importantly, for not developing, selling and implementing necessary reforms that will rescue our public universities from the current path of decay. Strangely obdurate and stuck in the past, both ASUU and the government have refused to face the real issues, betraying a strange obsession with an ineffective and inefficient status quo.

The real task, which both government and ASUU always manage to skirt around during their eternal faceoffs, is the urgent need to rethink how we fund and run our public universities. Until we do this, the value produced by these institutions to their students, the parents and the country will continue to diminish.

Without a doubt, our public universities are in a sorry state, and this shouldn’t surprise anyone. The lecturers are poorly paid. The highest paid professor (on CONUASS Grade 7 Level 10) earns N416, 743 per month as net salary, which is roughly about $1000 at official exchange rate. Even when you make adjustment for purchasing power parity, this is still meagre for someone at the peak of their career. The critical infrastructure for teaching and learning is grossly inadequate: the classrooms are overcrowded; the libraries, laboratories and technological backbone are behind time; and the hostels are cramped and mostly inhospitable. In addition, the schools are afflicted by a host of other ailments that constrain their capacities to deliver cutting-edge learning in the knowledge age.

Nigerians who can, have chosen the exit option: they send their wards either to universities abroad or to private universities at home. But it is important to bear in mind that most Nigerians are not this privileged and that it is in our overall national interest that we keep public universities as a viable option for quality university education for the majority of Nigerians who are stuck with them.

Combined, the public universities—state and federal ones—had 94% of the undergraduate student population in Nigeria in 2019, and it is very unlikely that the situation has changed much by now. One way of reading this is that our public universities are over-stretched, which is a valid observation, but my point here is that the schools with 94% of the undergraduate population in the country remain too important to continue to trifle with. How do we ensure that such vital public institutions remain fit-for-purpose and that they are positioned to deliver maximum value to the society?

The first thing we need to do is to change how we resource our public universities and, following that, to ensure that they are adequately resourced. That is not the case now. To start with, almost all the money available to our public universities goes into paying the paltry salaries of their staff. A study by Professor Rahamon Bello, a former vice chancellor of the University of Lagos (UNILAG), shows that Nigerian universities devote between 90% to 95% of their resources to salaries as opposed to between 44% and 60% by their peers in the United Kingdom and the United States of America.

We need to aim for a funding adequacy model that is built around realistically calculated cost of training each student yearly in our public universities, not around just how much is needed for salaries. In his 2017 paper earlier cited, Professor Bello stated that in 2005 the National University Commission (NUC) did a study that showed that it would cost between N345, 000 and N680, 000 yearly to train an undergraduate. It is important to update this study.

What a cost-of-training approach rather than a salary-requirement method does is to reinsert students at the centre of administration of our public universities and to present a full picture of financial need of the institutions. Once this cost has been determined, the next step is to ensure that each university has the resources required for it to effectively discharge its obligation each year. If, for example, the average cost of training a student per year is N600, 000, this then means that with the 45, 000 undergraduate population that Statista says UNILAG has, the school will need an annual budget of N27 billion.

The logical question then will be how UNILAG can raise N27 billion or more yearly. This leads to the next and most critical point: our public universities need a more diverse, more robust, and more predictable pool of funding. The fact that a university is publicly owned does not mean that its cost must be exclusively and permanently borne by the government. While a legitimate argument can be made for government to do more, as it has been doing over time, the need to expand the funding base of our universities is now inevitable. The positive externality argument for education remains valid and compelling, and that is why there is need for public provisioning for education in the first instance. But restricting the funding of our public universities to only government restricts their capacity to function effectively.

The zero tuition or paltry tuition policy in our public universities must have emanated from a good place and must have been appropriate at a time when we had just a few universities and undergraduates and people needed to be persuaded to go to universities. The context has changed. Based on current realities, the zero tuition argument is no longer tenable. Introducing tuition at a low rate, increasing it overtime and capping even the peak at a rate much lower than the fees charged by private universities will be a way to go.

If we stick to UNILAG, a tuition of N100, 000 per annum (or N50, 000 per semester) allows the school to generate an extra N4.5 billion per annum. This not only turns the students to real financial stakeholders in their education but also increases their agency as accountability actors in the university system. That N4.5 billion alone will reduce by 35% the funding gap between government’s subsidy (the N14 billion budgetary allocation) and the N27 billion UNILAG needs to fully deliver its obligations for training students for the year. If the school decides to bridge the entire gap solely from students’ co-payments, the tuition will come to N288, 888 per student per annum.

The popular argument is that introducing tuition fees will exclude many, especially the poor. The thing to do is to allow those who have the capacity to pay to pay for themselves (and even subsidise those who cannot pay) and to ensure that all students who want can access work-study programmes, need-based scholarships and concessionary loans. We do a disservice to all, especially the poor who have limited options, when we do not have a properly funded public education system.

The universities can also generate considerable money from other sources such as grants, consultancies, business ventures, returns on investments, and especially from their alumni. Support from alumni is an area where many of our universities are leaving a lot of money on the table. Universities in the West keep a close table on the alumni, provide continuous value to them, and constantly ask them to pitch in. Our own institutions are so glued to federal allocations that they not only ignore their alumni but even make them go through excruciating pains for something as basic as transcripts, which can be a money spinner and which you can get on the day of graduation from properly administered schools.

Beyond ensuring financial adequacy, we need to fully decentralise the operations of our universities and ensure they are primed for efficiency. As Mallam Bolaji Abdullahi, a former Commissioner for Education and Minister for Youth and Sport, wrote recently: government needs to let go of public universities. Part of letting go is the need to remove the stranglehold of uniformity and over-regulation. Let each university have full autonomy over its curriculum, its admissions, its structure, and its conditions of service and remuneration.

Also, we cannot continue to run universities like the regular civil service. We need to review the current governance structure and let go of some layers that do not necessarily conduce to good governance. We also need to develop efficiency-driven, students-centred, market-facing metrics for appraising university lecturers and administrators and for ranking and rewarding public universities.

What we need now is not just for ASUU to call off the current strike or for the two parties to reach quick accommodation. That is necessary but not enough. What we urgently need is a bold and realistic reform plan to bring our public universities to financial, operational, and academic health within four to five years. Anything short of that is another form of kicking the can down the line. It is work avoidance.