Abba Kyari And Collapse Of Public Service- By Martins Oloja 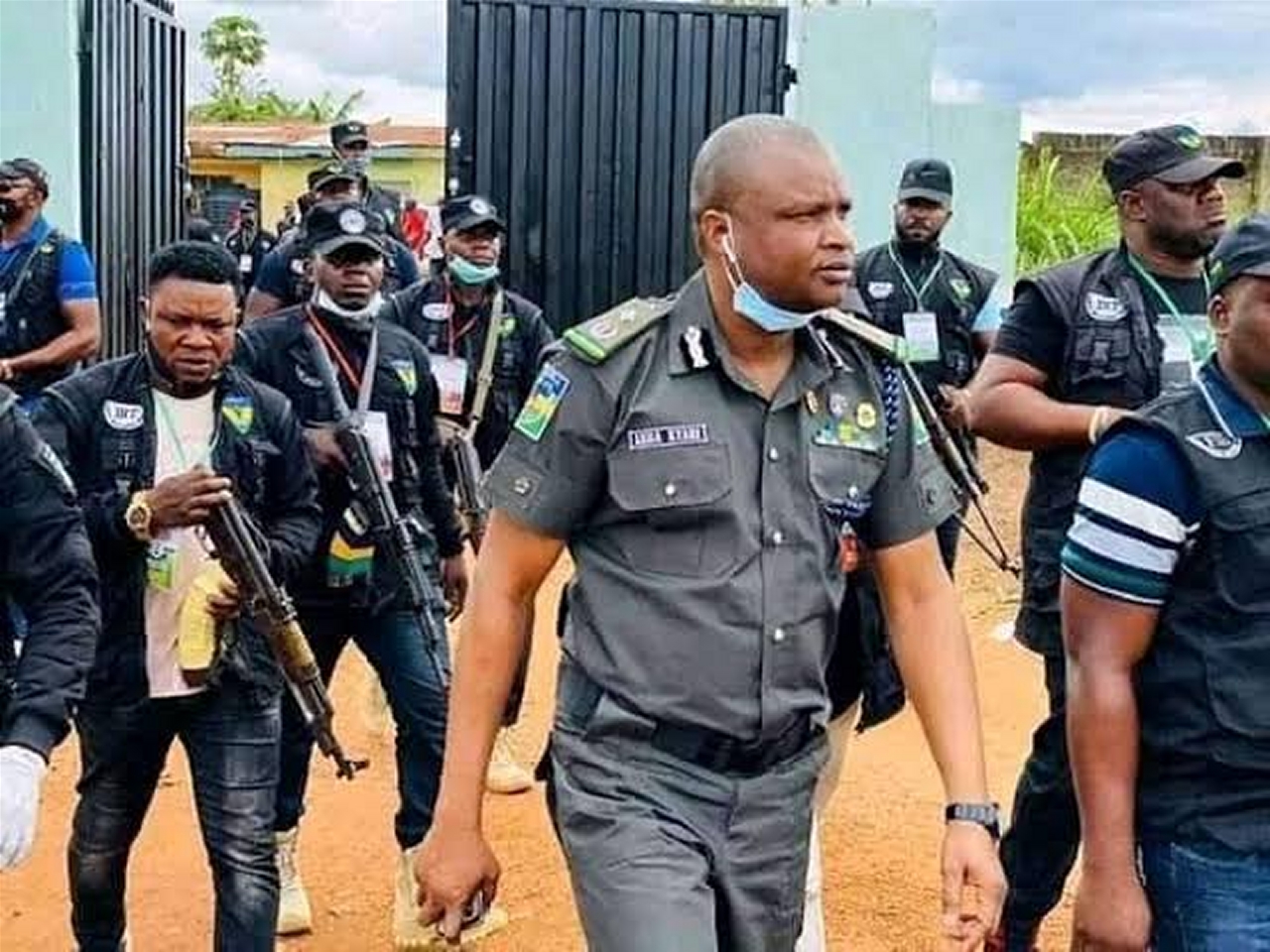 Although politicians and our political leaders have again begun to organise themselves on how to bamboozle us the way they did in 2015 when they imposed on the nation ‘a man of integrity’ whose body language alone was capable of catapulting Nigeria instantly from Third to First to Third World, the nation is still agonising seven years after in search of a leader who would lead the world’s most populous black nation. And so I believe that those of us in public service journalism should be deconstructing the legacies that Buhari would be leaving in a year and three months. I mean here that we should be vigilant, sincere, cautious and discerning at this time to tell the politicians who imposed the present darkness upon us that we as a people would not accept their subterfuge approach again. And here is the thing, we should begin to tell them that in 2015, we were blind and they exploited our naivety nurtured by poverty even in the spirit, and they imposed darkness on the nation they wished to exploit in 2023. But we should be able to tell them now that now we can see!

The young ones who claimed the other day that they were not too young to rule should begin to organise instead of agonising – to tell the scoundrels who are jostling for power at the moment that Nigeria isn’t their property. They should begin to remind the old ‘soldiers of fortune’ in Nigeria that the wickedness of the wicked has indeed come to an end and Nigeria will rise again after Buhari.

The conclusion of this preface this week is that Nigerians should be able to warn a section of the news media that has been exploiting the political economy of a free press to do strategic public relations for the corrupt political class to desist from mixing public relations with journalism at this time in Nigeria. Nigeria needs public service journalism at this perilous time. We need to understand the time and tell our perverted leaders what Nigeria ought to do and be at this time. That was what children of Issachar did to Israel that is now a world power in the Middle East. We (in the civil society) need to swallow our pride, poverty and vanity and rescue Nigeria at this time with public service and robust journalism and civic competence – as we did in Abacha’s dark days!

Coming to the brass tacks this week, I would like to draw our attention to why so many bad news are coming out of the nation’s capital, Abuja every day: It is the collapse of the public service. Before the Obasanjo administration, there was a distinction between the civil service and public service. But the administration through its reform agenda integrated the service(s) mechanism by changing even the organic Civil Service Rules and Regulation and Financial Regulations to Public Service Rules and Regulations. It is just unfortunate for us here that we in the media hardly cover the public service in Abuja. Only very few journalists now navigate the labyrinthine state of public affairs in Abuja and even in the 36 states of the federation. Besides, the public service arm of the national and state assemblies are hardly covered by our digital journalists these days. Remarkably, that is where the unusual happen. That is where the documents of the system are generated. No one covers or probes the presidential bureaucracy comprising the office of the Secretary to Government of the Federation, (SGF) at the federal level, Secretary to the State Government (SSG) at the state level, Head of the Civil Service and Office of the Federal and State Civil Service anymore. That is the pillar of executive bureaucracy. If these pillars are weak, there will be a crisis of coherence in the public sector. That is what has happened to the Buhari Government, which has had a bandwagon effect all over the federation in the last seven years. I have been writing about this since 2016.

Though there are variations from one country to another, the public sector normally includes such services as the military, police, public transit, infrastructure care, public education, health care, and of course, the government itself…

The public sector, as you would expect, provides public services to its citizenry. It delivers services that benefit all of society rather than just those who pay taxes to support the service. An example of this would be street lighting – someone who does not pay taxes can still reap the benefits of this service. And so for those who would like to run the post-Buhari era, there should be enough understanding that Nigeria’s public service seems to have collapsed. This is without prejudice to brilliant and excellent public servants who have been caught in the web of anomie despite their background and experience. There should be that understanding that in the next dispensation, the first port of call of reform should be the mainstream public service. I mean that if the public service had remained public service, an officer such as Abba Kyari would not have risen in the police service to the level he is. Should we understand this to mean that there has been no internal control mechanism in the police service to screen officers who are to be promoted, especially in sensitive operations departments? How did the police service condone Abba Kyari’s romance with notorious characters we have been seeing for a long time? From the ministry of interior through the ministry of police affairs to the police service commission, whatever happened to monitoring and control of the same officer who could even get involved in alleged criminality even while on suspension? Whatever also happened to the bureaucracy in the inter-agency control mechanism in the office of the National Security Adviser! What was the purpose of the Police Panel to probe the FBI’s report? Didn’t they know that only the Office of the Attorney General of the Federation has the power to deal with the exigency of the FBI report and extradition process? How come nobody in the presidential bureaucracy pointed out to the Chief Executive of the Federation that only the Attorney General of the Federation should have begun prosecution long ago without caring a hoot about the police probe? Whatever happened to what used to be the essence of the Political and Economic Affairs Office (headed by a Permanent Secretary) in the Office of the SGF! What happened to the Office of the Legal Counsel in the Office of the President? What of the Foreign Affairs Ministry? A report landed in Nigeria from the United States justice department, alleging criminality on the part of a senior police officer, in fact Nigeria’s most decorated officer in internal security apparatus, what has the Foreign Affairs Ministry done to do some damage control in collaboration with the Justice Ministry in Nigeria? Why did the suspension of Abba Kyari last so long to the extent that the officer has had the time to get involved in alleged drug-related crime? What happened to the inter-agency interactions between the DSS and NIA, which should have helped in advising Nigeria’s leadership in the circumstances?

What has happened to Citizen Abba Kyari isn’t about the Nigeria Police Force? It is a reproach to all the citizens of this already failing country. This will affect the next perception index on corruption in this country. It is about the future of Nigeria’s business. It is about the economy in the context of foreign direct investment (FDI). How many foreign direct investors would be ready to invest in a jurisdiction where even law enforcement agencies cannot monitor and control their officers? Who would like to invest in a country where the law doesn’t rule? Who would like to stop over even in a large market where public serve rules and regulations mean nothing to public servants?

The deliverable from this comment to those who would like to run the post-Buhari time is this: the bureaucracy of all the arms of government has collapsed. That is why the National Assembly of the country can wake up and announce that they now appoint their own Permanent Secretaries because they are not part of the federal public service – and there is no response from the office of the Head of the Civil Service of the Federation. It is the collapse of the public service in 2019, which allowed the powers that be to remove the Chief Justice of this country through an Administrative Tribunal without compliance with the provisions of the Constitution as it affects removal of the Chief Justice of the Federation. Whatever happened to the powers of the National Judicial Council at the time! It is the absence of a functional public service that allowed the executive to keep an officer and candidate the Senate refused to confirm for the office of Chairman of EFCC in 2017 to remain in office till 2021. A senior public officer in the presidential bureaucracy would have caused the president to remove the rejected officer quietly when there was a civil service. So, those who are jostling to succeed Buhari should note that the public service of today is not delivering any services to the citizens the way it used to when there was a country, sorry civil service. That is why the police service, for instance has failed the country in their management of the Abba Kyaris in their service.