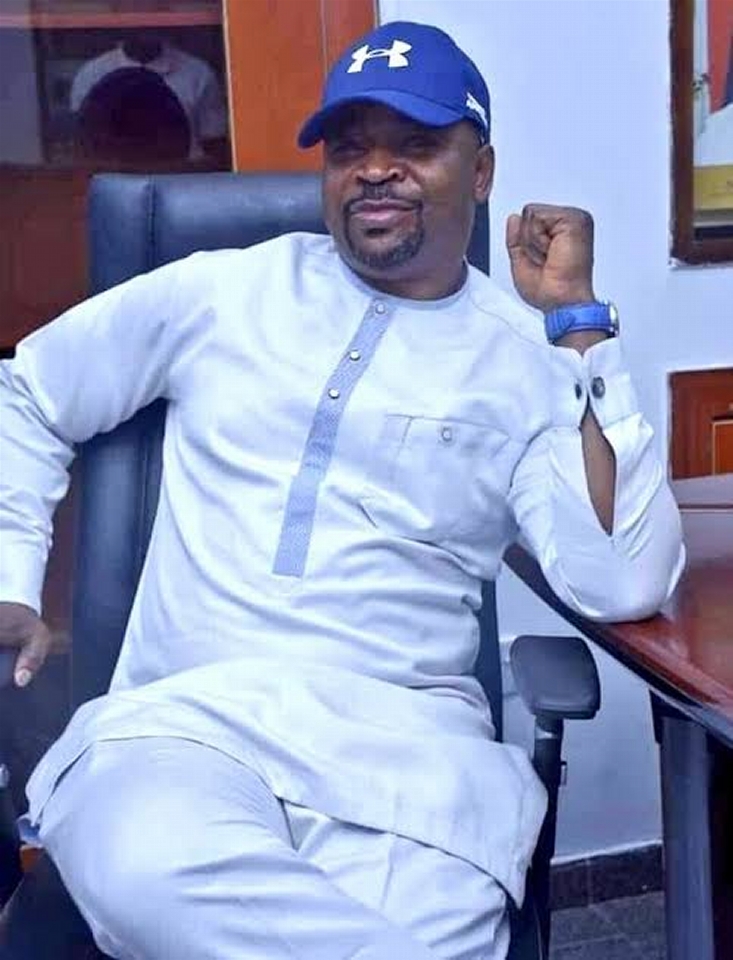 When the British-American documentary film producer, Theroux, flew into Lagos from the US in 2010, looking for the hotbed of gangsterism in Nigeria, Oshodi stood naked in the sun.

Theroux’ choice of Oshodi as the General Headquarters (GHQ) of disorder wasn’t a product of fate, fancy or accident. His choice was informed by the crippling fear, curdling blood and nasty death the NURTW had unleashed on the fiefdom called Oshodi. As the epicentre of violence, Oshodi symbolises the missing teeth in the dentition of a motor park tout, plucked out with a hammer or blow or kick.

As the Chairman, Lagos NURTW, Alhaji Tajudeen Agbede, lived in Agege when MC Oluomo was the state treasurer of the union in 2010. While shooting his 2010 investigative documentary, Law and Disorder in Lagos, Theroux didn’t head for the Agege residence of Agbede, it was to the Oshodi residence of Oluomo he headed because he clearly knows Oshodi is the headquarters of NURTW violence and killings in Nigeria.

On one of his visits to the highly guarded Oshodi residence of MC, Theroux peruses some of the portraits in one of his sitting rooms. A particular portrait catches his fancy, and he asks Mamock – Oluomo’s henchman – “Who’s is this one?” Mamock replies, “(The portrait) is on his coronation as the Oluomo of Oshodi-Isolo. It was presented by Happy Sisters’ Club.”

In a recent interview by an online medium, Gbefila TV, MC Oluomo, mistaking the Oshodi traditional crown for a snatchable motor park, introduced himself as “Alhaji Dr KING Musiliu Ayinde Akinsanya, state chairman, NURTW, Lagos State,” boasting in Yoruba, “Lagos is ours, not theirs.” Were MC Oluomo capable of distilling his thoughts in paltry English, he would’ve said, “Na we put Lagos for pocket.”

As a dropout, who cannot read and write, Oluomo isn’t likely to know Yoruba history. As an agbero, he isn’t likely to know Yoruba culture and tradition. But he’s a multi-billionaire and a huge factor in determining who becomes the senator, House of Representatives members, state House of Assembly members, chairmen and councillors in the Oshodi-Isolo constituency – in a country where vice chancellors don’t earn N1 million monthly salary.

The husband of Alhaja Madinat, Alhaja Temitope and Alhaja Aisha, among many mistresses, needs to be educated that in Yoruba tradition and culture, a prince can’t be a chief, except only in Ibadanland, with its unique kingship system, where the 11 rotational high chiefs that make up the Olubadan-in-Council were second class traditional rulers, apart from the Olubadan, under the Western Nigerian Law, which also placed them as traditional heads of the 11 LGAs of Ibadan.

MC Oluomo probably doesn’t know this because he’s not royalty. He needs to be told that Oluomo is a chieftaincy title not bestowed on princes. The Oluomo title is also not a backdoor, pickaxe or gun to snatch the traditional crown of Oshodi.

According to some news stories and articles, MC Oluomo’s octogenarian mother, Alhaja Abebi Zinat, who passed on in April 2020, hailed from Abeokuta while his father, Baba Akinsanya, who died when he was in primary school, was from Ejigbo in Lagos State. Therefore, in both his patriarchal and matriarchal lineages, MC Oluomo isn’t qualified to be Oshodi king because, according to historic accounts on the founding of Oshodi, neither his Awori-Ejigbo nor Abeokuta ancestries have links with the Oshodi traditional palace.

Giving an insight into the ancestry and kingship of Oshodi, a Professor of History, Osun State University, Osogbo, Siyan Oyeweso, said, “Oshodi Tapa was a Nupe prince in Nupeland, but a slave in the court of the King of Eko, Oba Eshinlokun. Through hard work, loyalty and warfare skills, he rose to become balogun.

“The descendants of Balogun Oshodi Tapa occupy two far-flung geographical territories in Lagos State, Epetedo on Lagos Island, and the popular Oshodi where Oshodi market is situated. The original name of the contemporary Oshodi was Oshodi-Oko.

“The geographical delineation of towns we have today doesn’t exist in those days. It was the Onigbesa of Igbesa, who freely gave the land (Oshodi Oko) to Oshodi Tapa in appreciation of the long-time friendship between the two, and in recognition of past services rendered to the Onigbesa. Igbesa is in Ogun State today.

“In the same vein, Epetedo, now occupied by followers and descendants of Oshodi Tapa, was originally owned by Chief Aromire of one of the highly revered chieftaincy institutions in Lagos – the Idejo land-owning class of Lagos. The land was gifted to Oshodi Tapa by Chief Aromire at the instance of the colonial governor, Hawley Glover.

“Oshodi Tapa died on July 2, 1868, about six years after his return from exile in Epe, leaving 46 surviving children.

“The song, ‘Iran Oshodi lo l’Epetedo, oba lo ni Ereko…,’ by King Sunny Ade, is not totally true because the area now referred to as Epetedo originally belonged to Aromire.”

In an inaugural address entitled, “The Undertakers, The Python’s Eye and the Footsteps of the Ant: The Historian’s Burden,” delivered in 2006, Oyeweso argued that, “The ancestor of the (Oshodi) dynasty, Oshodi Tapa (Landunji), was Nupe from the Niger area. He was an ex-slave of Oba Eshinlokun who later distinguished himself as a valiant warrior and a generalissimo in Oba Kosoko’s various wars. Kosoko was Eshinlokun’s son.

“Oshodi Tapa was the hero of Ogun Olomiro of June 1845 and Ogun Agidingbi, or Ogun Ahoyaya of December 1851 – the ‘Booming’ or ‘Boiling Battle’. On the military submission of Kosoko’s party to the British Navy, Oshodi Tapa led about 1,500 pro-Kosoko warriors and faithfuls to Epe where they established effective rulership and dominance.

“The Kosoko’s years in Epe lasted between 1852 and 1862. It is apt to note that all the negotiations for Kosoko’s eventual return to Lagos were handled by Oshodi Tapa. The Lagos area where Kosoko’s followers were settled is now known as Epetedo while an Iga Oshodi has also been instituted. A section of the Oshodi Tapa family is now known as Oshodi–Glover on account of the latter’s association with an ex-colonial chieftain. In Oshodi-Oko, a former farmstead of Oshodi Tapa, an elaborate traditional political structure has also been established.”

Oyeweso’s postulations go to show that only the descendants of Oshodi Tapa can lay claim to the Oshodi stool because historically, it was their progenitor, Oshodi Tapa, that founded ‘an elaborate traditional political structure’ on the land freely given to their father, and not any Awori from Ejigbo. Therefore, Chief MC Oluomo needs to explain his link with Oshodi Tapa, if Sanwo-Olu would be fair in choosing a ruler for Oshodi, which has never had an oba, but baale.

There’s no gainsaying the fact that so much blood has been shed in Oshodi within the MC Oluomo-led NURTW. The Lagos State Council of Obas doesn’t need violence and bloodshed. It’s instructive to recall that Oluomo himself was stabbed several times in January 2019 when an intra-NURTW gun battle broke out during the inaugural campaign of the APC governorship candidate, Sanwo-Olu.

In December 2021, a leader of the Lagos NURTW, Kunle Ajibade, was killed in the Ijeshatedo area of the state. Ajibade, 28, was stabbed in his house multiple times by assailants and was rushed to a hospital. His assailants trailed him to the hospital and shot him dead.

While gangsterism is the preoccupation of Theroux in his audacious documentary, Oyeweso explores the concept of organic citizenship as a vehicle for societal integration, peace and development.