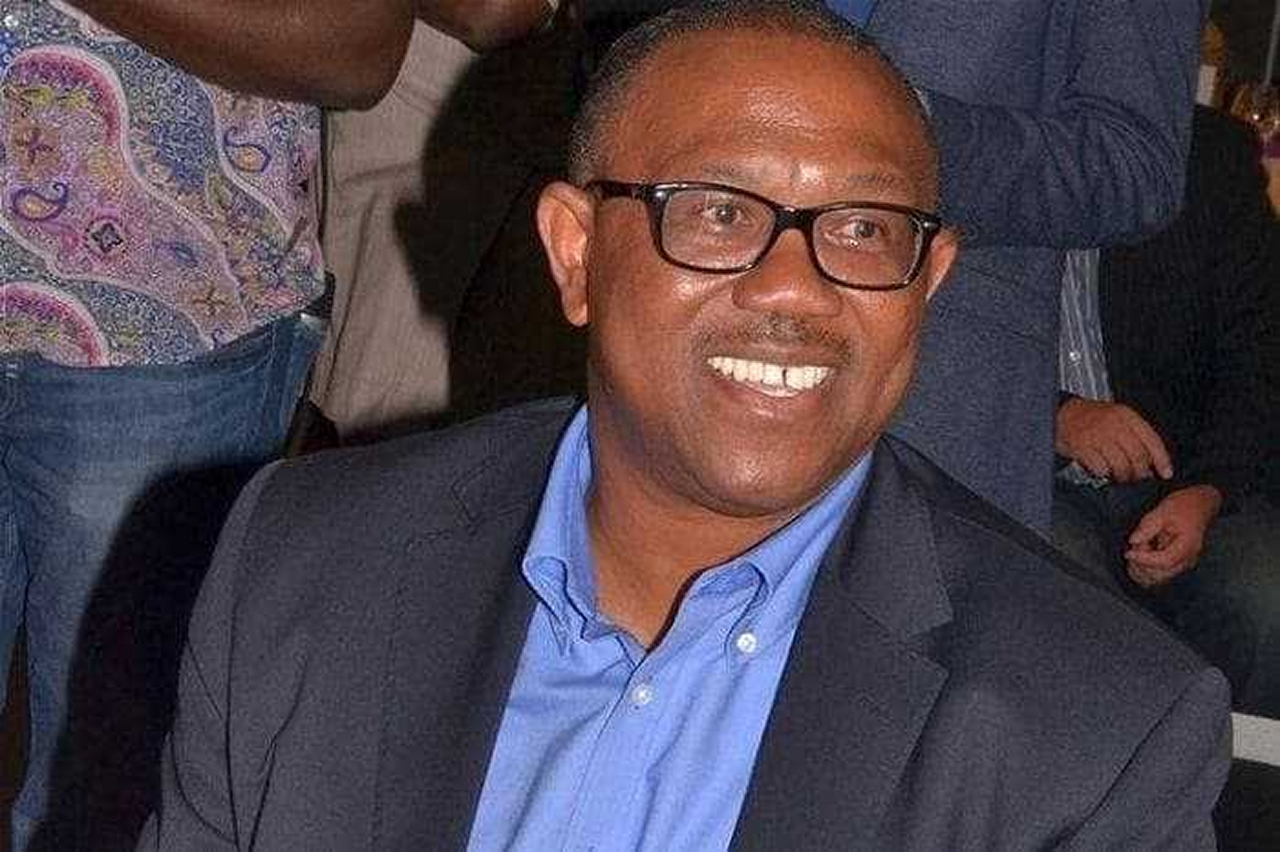 Suddenly, it is all quiet on the eastern front. No street heckles or flag waving or mooning over a yellow sun, no hooting or baying in public. The rabble no longer raves. Few wonder what happened to the Nnamdi Kanu crowd. Some may wonder if they are withering?

The answer is before our eyes. The Biafran babblers are alive and well. They just swapped icons, rechristened the shrines and rewrote the rites. They left the prophet for a secular priest. They have had a switch of battle gear.

Maybe it is not quiet. We can hear and feel the cacophony. The chants and caterwauling are everywhere, especially on the phones. The twitter bees, the Instagram grimes, the Facebook freaks. They are alive and well, but they have not been at war at the side of their icon, who is griping in detention.

It’s farewell Kanu. Welcome Obi, at least until the new priest peters out. They are at his worship. They embrace it because it does not, for the first time in years, feel like they are outside the mainstream. They are not falling foul of the law, not howling from the fringes. They have Peter Obi as their man. He is mainstream. He belongs, not to the MASSOB, or Kanu’s assembly called IPOB. They can say they have a legitimate tribe and rhetoric. They may pretend to love Nigeria. They may claim to embrace INEC, cling to a political party no one in the police or DSS will harangue.

But that is where it stops. They have transferred the temperament of their former master into the new. And they have not spared any incoherence, any lack of finesse, and threats and tantrums, any show of rabid, primitive cants, or any ululations. They have abused, cursed, thrown imprecations. They have hugged lies about their candidate. They have pelted lies about others. They have distorted material.

Obi has turned out to be an excuse for even closet Biafrans to betray open emotions about Biafra without being accused of it. This includes intellectuals who did not show mercy to him while he reigned in Anambra as a pharisaic chief executive. It is like wearing a colour beneath another colour. Obi has become a shelter for both miscreants and activists of the crowd.

Obi knows this. He is happy to be their catharsis, to be their excuse for unfurling their bile at the system, for acting like revolutionaries. He is playing to it by acting as though he is the saint of Nigerian politics. Perhaps the purists of the Biafran cause are unhappy, and they unleashed a past video clip of Kanu on the social media. In it, Kanu lashes out at Obi as governor and stated what this essayist wrote about him over building a NEXT supermarket while still the governor of Anambra State. The video clip referred to him as a sort of sexual being on the fringe. You can imagine an Aso Rock sweltering with romps of the evil flesh. His so-called Obidients know this. But it counts for little.

They also know that this is the same Obi, whose emissaries were intercepted, while a governor at Apapa, by then police chief Marvel Akpoyibo with over 200 million cash. The matter became a cause celebre with impeachment dangling until the timid state house of assembly was on the take. This is the man they call stingy because he dared to spend on himself and his family, his wife being accused of spending N1.5 billion on tours. The man that admitted he placed Anambra money in his family account, and was not ashamed to confess when confronted. He did not follow due process. This is the man who is speaking from both sides of his mouth for maintaining an offshore account while a governor. This is Obi, who claimed he saved money, while pensioners were looking desperately at their graves.

I can excuse those who think that being stingy is good for the economy because they are looking at how they run their family and personal finances. But no economy works in history by saving money. It stifles the economy. He has not been able to tell us how he will do it, and whether he has done it. We have no landmark in Anambra State to attribute to him, no enduring legacy.

But this essayist can understand why Obi knows that the crowd that adores him will not question him. He is therefore using religion as a bait. He is now on a weekly pilgrimage to churches. Jonathan did the same. The pastors, ever opportunistic, see him as a darling. He is visiting a sectional hue of pews. This is the man who divided the church in Anambra State in his time between Catholics and the others. He is trying to push himself as the Christian candidate of the south while his messengers foul the air with sanctimonious growl about Muslim-Muslim ticket. I am sure Kanu will chuckle in his cocoon, especially when he contemplates what he alleges as his sinful romps in hotels.

There is a divide here. He is pushing himself as a southern candidate. His core followers are advancing him as the Igbo candidate. But how do we reconcile the Biafran with an Obi, who even MASSOB, has denied has anything to do with them? Obi is taking a Machiavellian attitude to the matter. If Biafran impulse will propel him, he will take it. The Biafrans on board believe Obi is their best revenge on the Nigerian state. They can take over the zoo by acting as members of the zoo.

But this psychology is nothing new. The private man and public man may not always cohere. In their huts, they are Biafrans. On the frontlines of battle, they are Obi. It is like Mr. Mani in A.B. Yehoshua’s novel who calls himself a Jew but does not believe in Jehovah. He embraces the culture but renounces its mystery. One of 20th century’s top philosophers, Hannah Arendt, obsesses over this schizophrenia in his opus, The Origins of Totalitarianism. The Obi followers accept Biafra but reject Nigeria. They abandon the mystic of the cause, Nnamdi Kanu, and have followed Obi, its inauthentic saint. It is the pragmatism of the cause. Kanu is the unarmed prophet, sulking behind bars. Obi is out in the open, a bird in hand. Machiavelli warned against the unarmed prophet, who fights without power. Elijah was armed against his foes. So was Jesus until he was crucified. They see Obi as armed with electoral quest. It is their own version of the Trojan War. Obi is the Greek Gift that they will ride in the battle for conquest.

They have now evangelised others from outside the southeast to give a regional legitimacy to their cause. They call themselves Obidients but they obey only one call: the sound of the east. Those in south-south have been seduced as by the cooing of Obi’s voice as by evangelism of the Biafrans. Mind you, they have not abandoned Kanu. But their icon has no power for now. Obi is like Zik, Kanu like Ojukwu. One is a flair, the other a flare.

While Obi hops from church to church and beclouds the hypocrisy among political pastors, the nation watches as his sectional army taunts and harangues others. But Obi will do nothing to restrain his rabble because he knows they are doing a good job in keeping the faithful within their own bubble where they reinforce their own self-delusions. That will last until their last call at the polls. This is not the time to properly interrogate in details the false intimations of Obi’s agenda and hypocrisies. But it is safe to say one thing. Before he peters out and hurtles towards an electoral Obi-tuary, the country knows the content of the crowd and its origin. They are a caterwauling group trying to seduce, without much success, those outside its ethno-religious tent