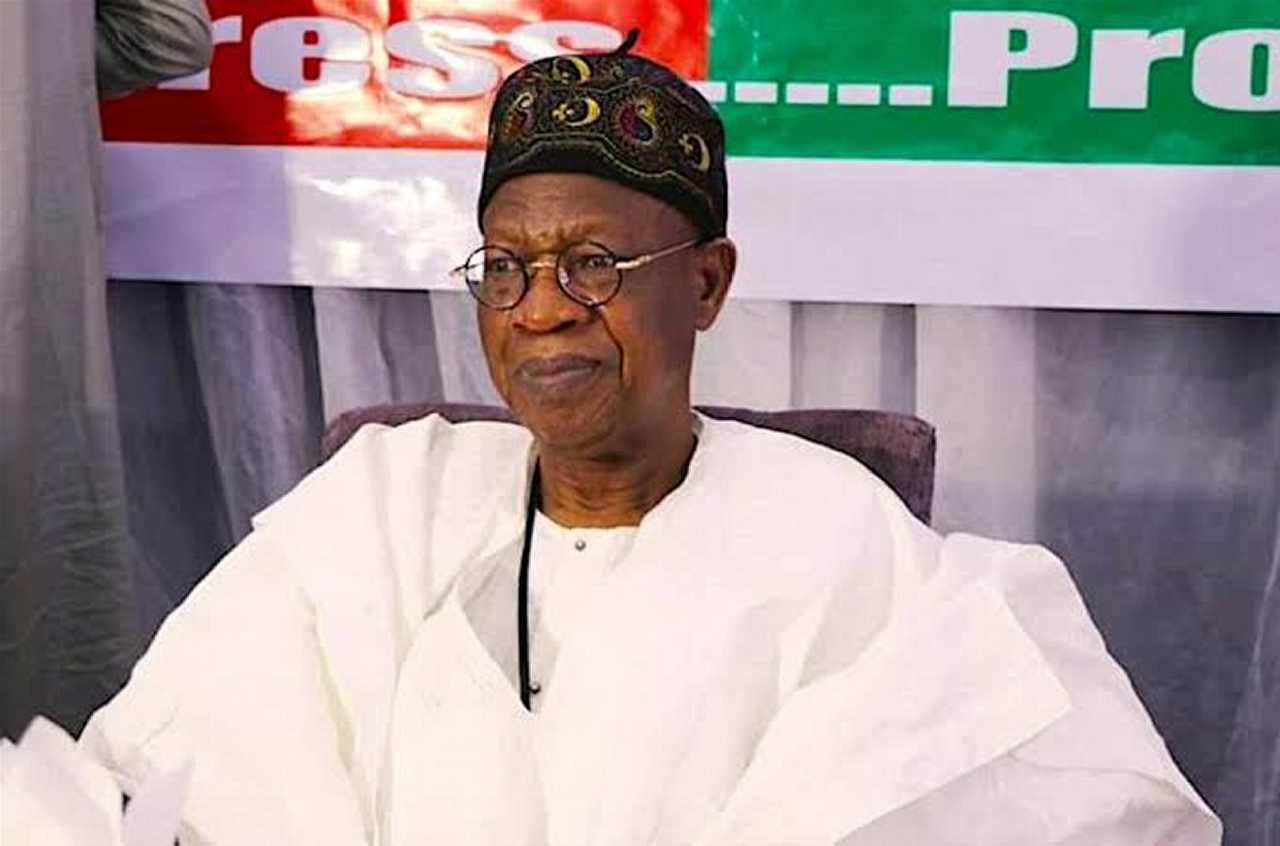 Finally, truth flew out of the dirty White Paper, last week, encircled the powerful seat in Alausa seven times, and blessed the bony head of Johnny Walker with a poop. Singing a dirge, “Justice is the first condition for peace walk,” truth shook its little tail, and away it flew!

Truth flew back to Lekki. To continue to sing the panegyrics of the nine AK-47 victims, whose red blood was used to signpost the Lekki Toll Gate on October 20, 2020 as a monument in memory of brutality.

Truth is blunt, it doesn’t care a hoot about the slavish godson, and his all-grabbing godfather scheming to grab the biggest cake in the land come 2023. From the aquatic splendour of Bourdillon to the House-o-Rock in Abuja, where the head herdsman resides, the wind of truth has blown, exposing the rump of the hen.

His Most Majestic Excellency, Lagos State Governor, Rt. Hon. Babajide Sanwo-Olu, knows the truth but cannot swallow its bitterness. He desires peace but dislikes its sauce, justice. He knows that with the proverbial duck, the swallowed stone ends in a piss.

In Lagos, piss splatter down on peace with no law in sight to bring pissing soldiers and policemen to justice at Lekki, and Nigeria’s foulest city rolls on in filth as honest celebrities abandon Gv Johnny Walker to walk alone on Falsehood Road.

Minister of Information and Culture, Alhaji Lai Mohammed, knows the truth, but he curls up in the bed of fallacy; fallacy that the rain of bullets at the Lekki toll gate in October 2020, all missed their targets, like the piss of the drunk refusing to enter the targeted latrine hole.

When truth catches up with falsehood, egberun Lai or Sanwo-Olu can’t rescue it. Truth turns lies into foolishness in the fullness of time. Truth is a tongue twister. It is colourless.

In far away Abuja, Hadji Lai sat under the evening shade of the baobab, and sang tales by moonlight, insisting that nobody died at Lekki but Sanwo-Olu, holding aloft his dirty White Paper, contradicts Mohammed, admitting that one person died at Lekki while many others were injured.

Buoyed up by the 41-page White Paper produced through a four-member hand-picked committee that comprised officials under his authority, Sanwo-Olu debunked the submission of the retired Justice Doris Okuwobi-led panel that nine persons fell to the bullets of soldiers at the LTG in October, last year.

Departing from the path of truth set by the eclectic Judicial Panel of Inquiry on Restitution for Victims of SARS-Related Abuses and Other Matters, inaugurated shortly after the Lekki massacre in 2020, a statement by Lagos State on December 1, 2021 said, “This recommendation is not acceptable to Lagos State Government for the following reasons: The finding of the JPI at page 288 paragraph M is that, ‘The evidence of the pathologist Prof Obafunwa that only 3 of the bodies that they conducted post mortem examination on were from Lekki and only one had gunshot injury and this was not debunked.’”

The statement continued, “The JPI’s finding of nine deaths is therefore irreconcilable with the evidence of Prof Obafunwa that only one person died of gunshot wounds at 7:43pm at LTG on October 21, 2020.”

Ehn-ehn? So, the White Paper produced by Governor Sanwo-Olu’s officials even acknowledged the submission that three dead persons were brought in dead from the LTG with one of them dying from gunshot? Where, therefore, did Alhaji Lai get his nobody-died-at-Lekki tales by moonlight from?

For the government’s White Paper panel to admit with the pathologist that only three dead bodies were brought dead from Lekki leaves so much unsaid about the other skeletons in the cupboard. Nigerians are not dumb to believe that the loyalists of a generous governor will turn around to pull down his government, kamari ni Paul wi.

In the obsession to rubbish the JPI report, the statement by the Sanwo-Olu government claimed two names were mentioned twice in the JPI’s list of victims that died at Lekki. An incorrupt primary school pupil would know that was a typographical error demanding just a subtraction of the repeated names to arrive at nine, the figure the Okuwobi panel said were killed at the LTG.

Still rummaging the haystack to invalidate the bloodbath at Lekki, Sanwo-Olu’s government said, “Furthermore, the person listed as No. 46, Nathaniel Solomon, who testified as a witness and petitioned the JPI in respect of his brother, whom he said alleged died at LTG, was himself listed as having died at LTG on 20th October 2020. Remarkably, Nathaniel Solomon’s deceased brother (Abuta Solomon) was then also listed as No. 2 on the list of persons who died at LTG.”

This admission by the Lagos State Government puts the lie to Alhaji Lai’s annoying claim that no family of the deceased showed up to complain about the death of their member. The listing of the deceased’s brother among the dead was another typographic error that doesn’t vitiate the fact that Abuta Solomon died from bullet(s) fired at the toll gate – as acknowledged by the White Paper.

Meanwhile, a group of grieving women reportedly stormed the Ikoyi residence of the Lagos Deputy Governor, Obafemi Hamzat, four days ago, to protest the death of their children at the LTG.

In its recommendation, the JPI revealed that one Olamilekan Sanusi testified that he was mistaken for dead, and packed with corpses in a vehicle. It’s the truth of Sanusi and six other victims of gunshots, who were awarded N15m each, that Lai Mohammed and Sanwo-Olu want interred.

The family of a dead victim, Nathaniel Solomon, was awarded N25m by the panel even as two amputees, Lucky Philemon and Olalekan Faleye, were awarded N15m each just as others that sustained various degrees of injury were also awarded millions of naira.

A mother, Adesola, who lost her 32-year-old son to a gunshot wound at the toll gate, told CNN that her son (name withheld), died in her arms after sustaining a gunshot injury to the chest. Standing by her son’s tomb one year after, a weeping Adesola told CNN her son, who had two children, was buried according to Muslim rites, the day after he was shot.

Fearing for her dear live, Adesola (not real name) refused to show her face on camera as she recalled seeing a dead protester in the gutter at the LTG, where she had gone to look for her son, whose chest was pierced by a bullet that exited through his back.

Adesola’s plight was replicated in many families who lost loved ones during the nationwide #ENDSARS protests. Felicia Ogunniyi, the mother of an 18-year-old, Kemisola, has an unpalatable tale to tell. She had sent her daughter on an errand when she was apprehended by soldiers on a raid. She was handed over to the police and charged with being part of the group that burnt down the All Progressives Congress secretariat in Akure. Kemisola, who gave birth to a baby boy in prison last June, has been released on humanitarian grounds, but thousands of protesters remain behind bars nationwide while state governments including Lagos offer olive branches in one hand, and whips of falsehood in the other hand, calling for a peace walk but closing the door on justice.

The wind has exposed the rump of the hen. It’s now clear why the police didn’t preserve, secure and investigate the crime scene shortly after the massacre.

Conscience is an open wound…