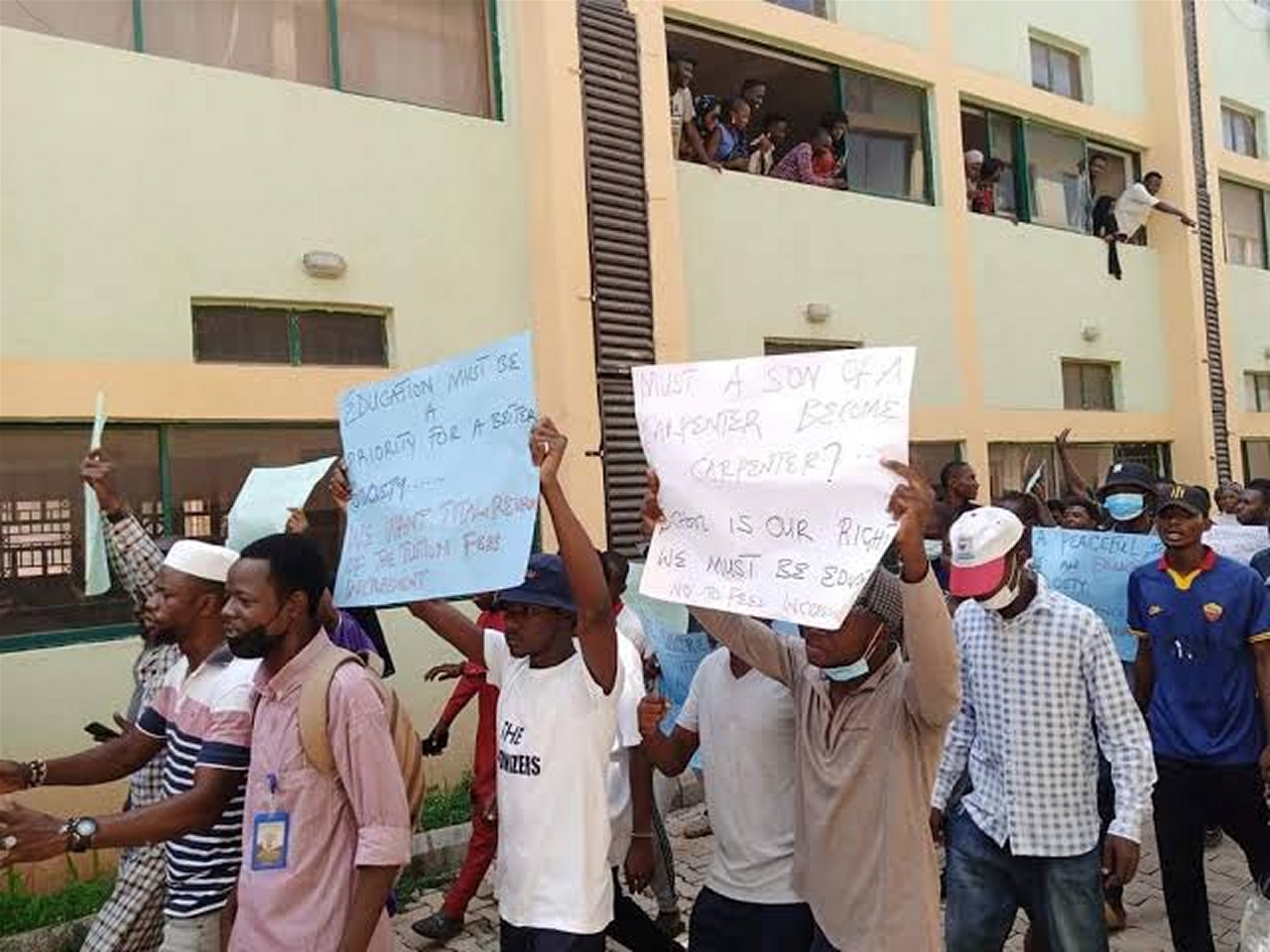 Two students have been confirmed dead as Security Officers allegedly shoot students of the Kaduna State College of Education, in Gidan Waya, Jema’a Local Government Area of Kaduna State who were protesting a hike in school fees.

The students were expressing their frustration that the fee which was within the range of N25,000-N30,000 was increased to N75,000.

During the peaceful protest, some security operatives showed up, and in an attempt to disperse the aggrieved students shot into the crowd, it was gathered that the bullet hit one of the students, killing him instantly.

Sources say another student sustained an injury to the leg from a gunshot fired by security personnel.