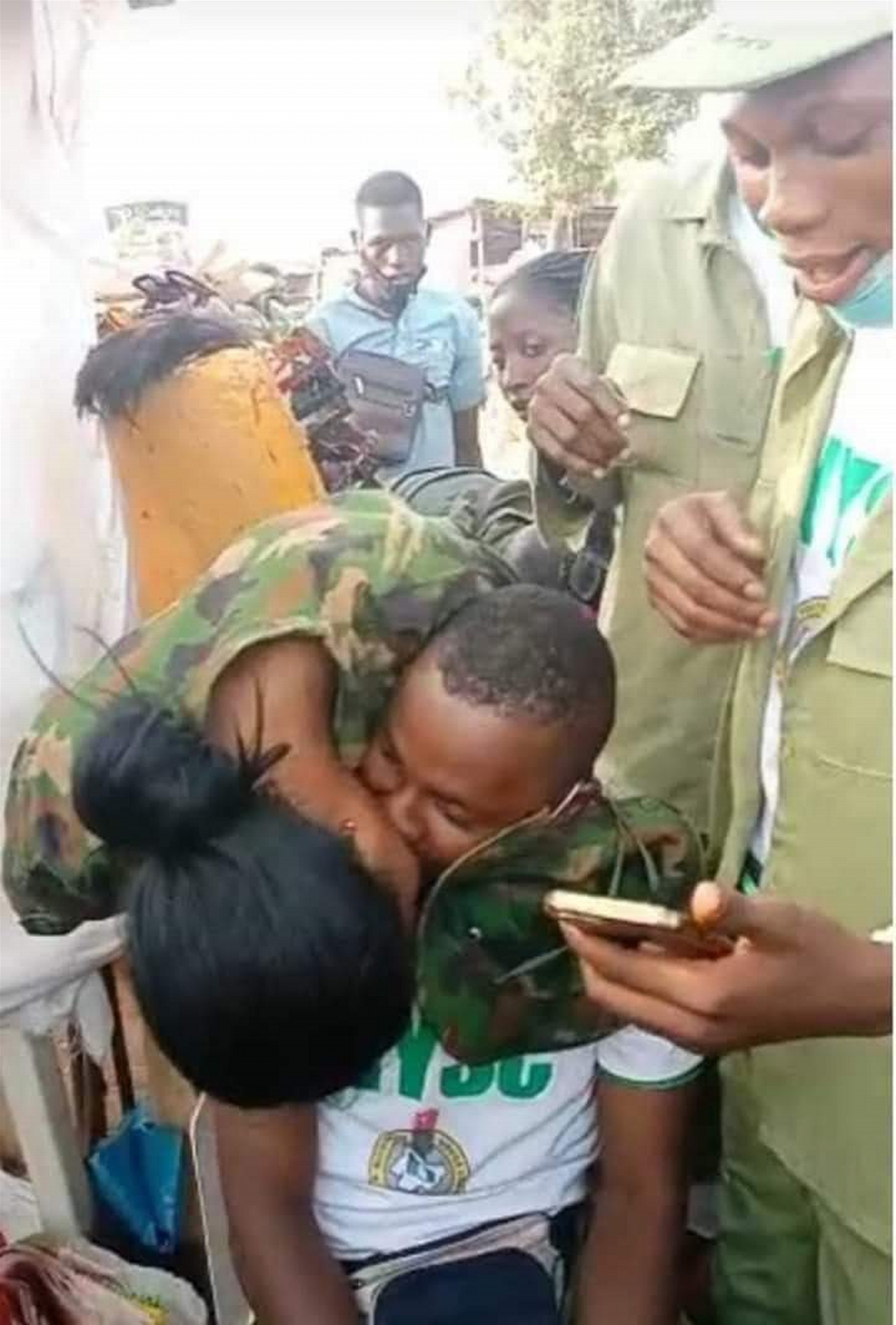 Report has it that the female soldier who recently got a marriage proposal from a corps member in Kwara State NYSC Orientation Camp is currently in the custody of the Nigerian Army.

The female soldier is currently in a guardroom and is facing the consequences of her action.

Some outlined reasons for her apprehension include:

1) Not due for marriage.

5) Doing other things aside from her main purpose in NYSC Camp.

7) Disobedience and disregard to ethics and tradition of the Nigerian Army.

A trending video of a corps member proposing to a female soldier at the Yikpata orientation camp of the National Youth Service Corps (NYSC) in Kwara State has elicited a flurry of reactions.

This corps member-army love tango is coming after a video clip of a female soldier assaulting a female NYSC member in Cross River State surfaced online in September, sparking an outrage.

The Nation learnt the latest open display of affection happened at the Passing Out Parade of Batch B, Stream 2 during the week.

In one of the now-viral videos seen by The Nation, the yet-to-be-identified corps member is seen holding a ring.

He knelt down to make his proposal amid cheers and applause from other corps members in the background.

The female soldier, accepting the proposal, got the ring fixed on her finger while they both sealed the romantic display with a kiss much to the delight of other corps members recording the incident.

The now-viral video has continued to spark mixed reactions on social media with many commending the male corps member for his bavery and geniue display of love.

But according to Eons Intelligence, a platform for intelligence gathering and security updates, it stated that the female soldier had been detained by the Nigerian Army authorities after the video clips went viral.

While the Nigerian Army and officials of the NYSC are yet to comment on the issue officially, Eons Intelligence noted that a signal by the Army stated that the female soldier has been identified and detained at a military