24 Year Old Man Beheads Aunt In Calabar, Says She Tried To Seduce Me 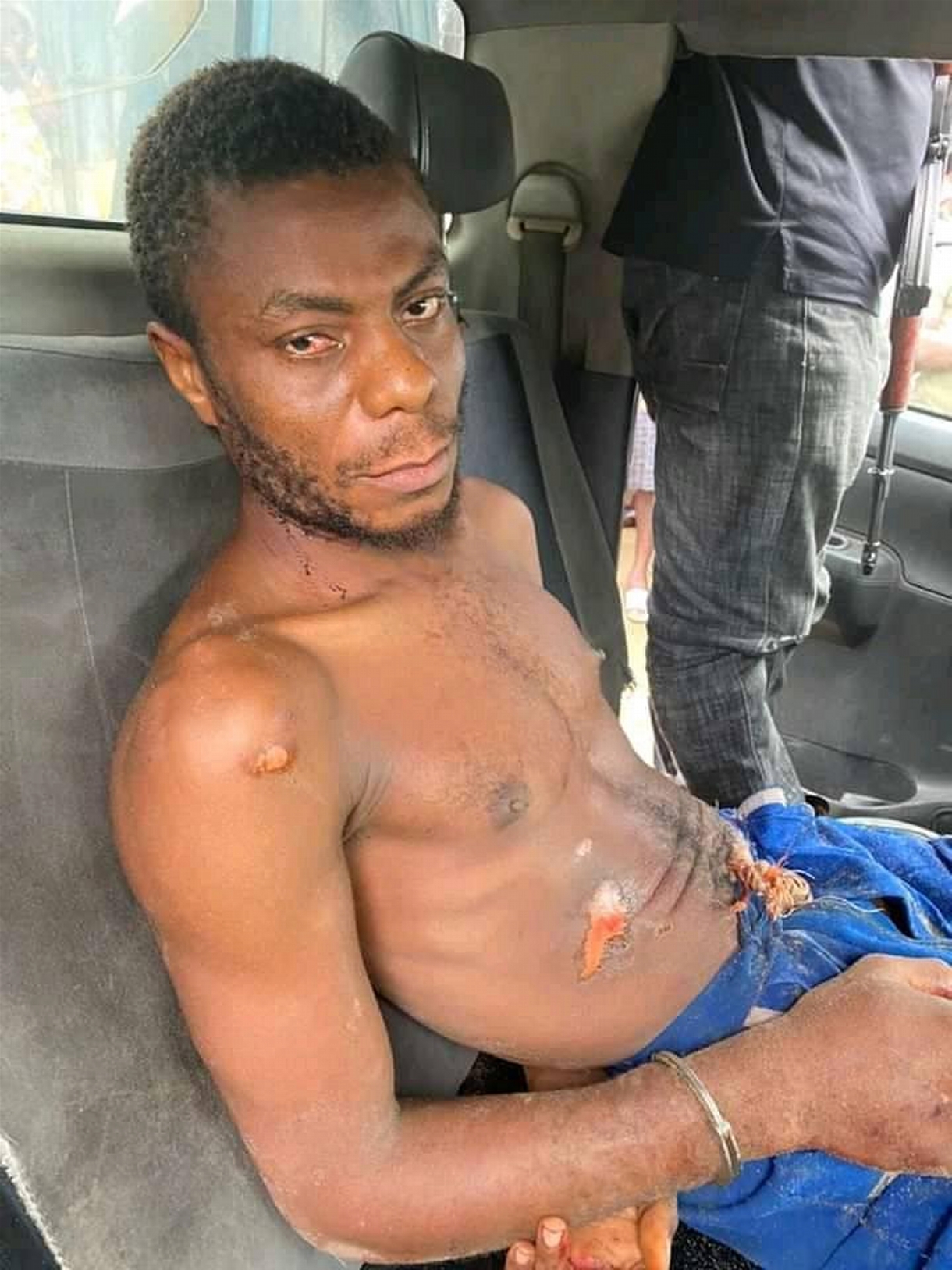 A young man identified as Christian Edem Eyo in Mbukpa, Calabar South, is reported to have beheaded one of his aunts, identified as Mrs Uduak.

Checks by Daily Sun indicated that the incident occurred in the early hours of Wednesday when the deceased, who was a neighbour to Christain, left her apartment to take her bath outside.

Apparently not aware that she was being watched, as she approached the make-shift bathroom outside, Christain accosted her and hacked her down with a big stick and later cut off her head.

According to other neighbours, the incident happened at about 5:00 am when Mrs Uduak left her apartment.

A witness identified as Grace, who is a worshipper at an adjoining church which was having an all-night prayer service, said that she observed the young man burying a headless body.

Grace said Christian took the head of the deceased into his two-room apartment and that she alerted church members who then raised the alarm and subsequently called a local vigilance group.

According to her, the vigilance team immediately alerted the nearby Mbukpa divisional police station, which responded promptly.

‘Upon arrival of police team, Christian, the suspect, allegedly confronted them and macheted one personnel before he was overpowered and taken away,’ she stated.

Another witness, Joe Ekpenyong, said after arresting the suspect, the team of detectives returned to the community and conducted a thorough search in Christians’ two-bedroom apartment where they discovered the fresh head of the woman and some items, including candles, flowers, oil and designs.

Christian, alias Etebong, of No 7 Inyang Street, reportedly confessed that he murdered the woman because she tried to seduce him, adding that the deep hole in his house is where he gets his powers from.

‘I am 24-years-old. I work as a bouncer at 125 Old Ikang Road Calabar. The woman wanted to seduce me. The deep hole you saw inside my apartment is an empowerment area. That’s where I empower myself,’ he stated.

Reacting, the Cross River State Police PRO, Irene Ugbo, said she has not been briefed on the incident.