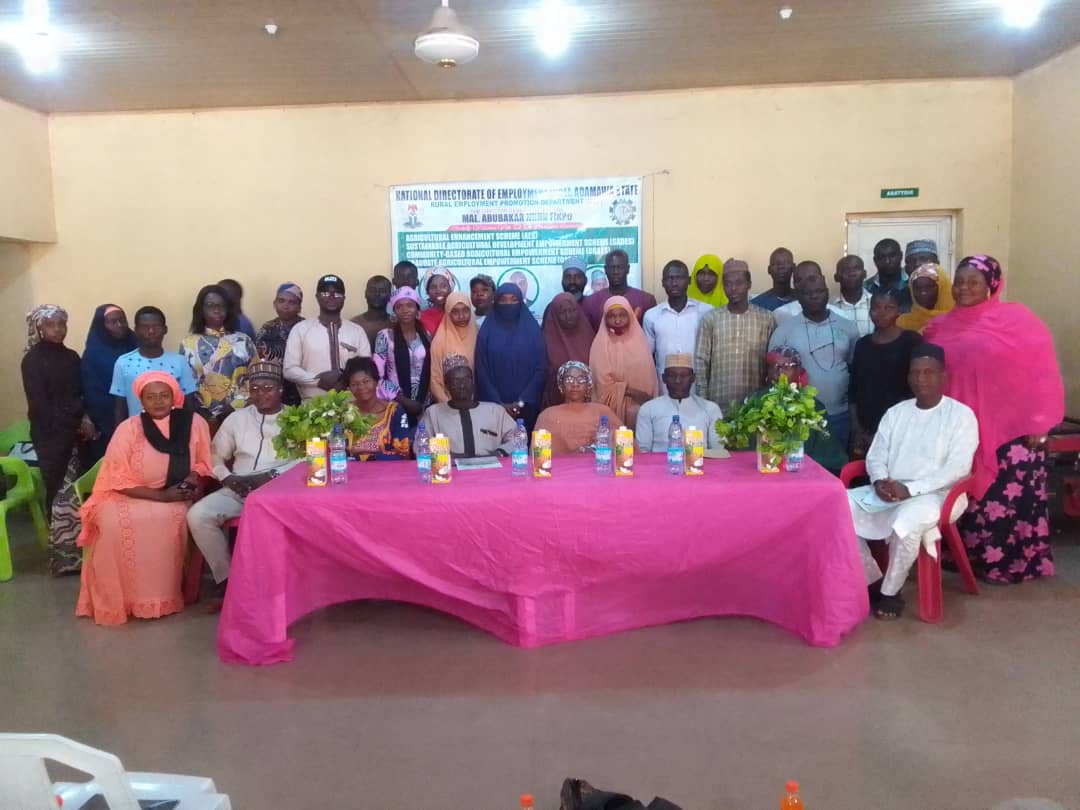 Director General of the Directorate, Mallam Abubakar Nuhu Fikpo, who flagged off the programme said that the gesture was part of the Federal Government effort to address rising high level of unemployment in the Country.

Fikpo who was represented by the Adamawa State Coordinator of NDE, Malam Ibrahim Jimada, said in Yola the state capital, that the 42 beneficiaries were carefully selected and loan of N100,000 each, disbursed to them.

The Director General said that as part of its continued efforts in generating rural employment and improving income through crop production / agribusiness engagement , the directorate through the Rural Employment Promotion department has trained many participants in various agricultural practices.

These according to him include “crop farming, livestock rearing, agricultural extension services and many more during the year.

Mr Edam Duke, HOD REP, National Headquarter, Abuja comended NDE for the programme and urged the beneficiaries to be committed as they would appreciate the gesture at the end.

Duke who was represented by Hauwa Ibrahim said the Federal government are also committed to the successes of the training.

In her address Zainab Audu, Rural Empowerment program scheme (HOD) REP scheme in Adamawa, advised the participants to realized that farming is a lucrative business.
She urged them to pay attention and acquire the skill for successful implementation in the field.

She called on them to be good ambassadors of their respective communities by ensuring peace and unity for sustainable development.

Miss Deborah Gisilanbe and Salihu Nuhu, who spoke on behalf of the participants, thanked NDE for the training and assured to actively participate toward achieving the objectives of the training.