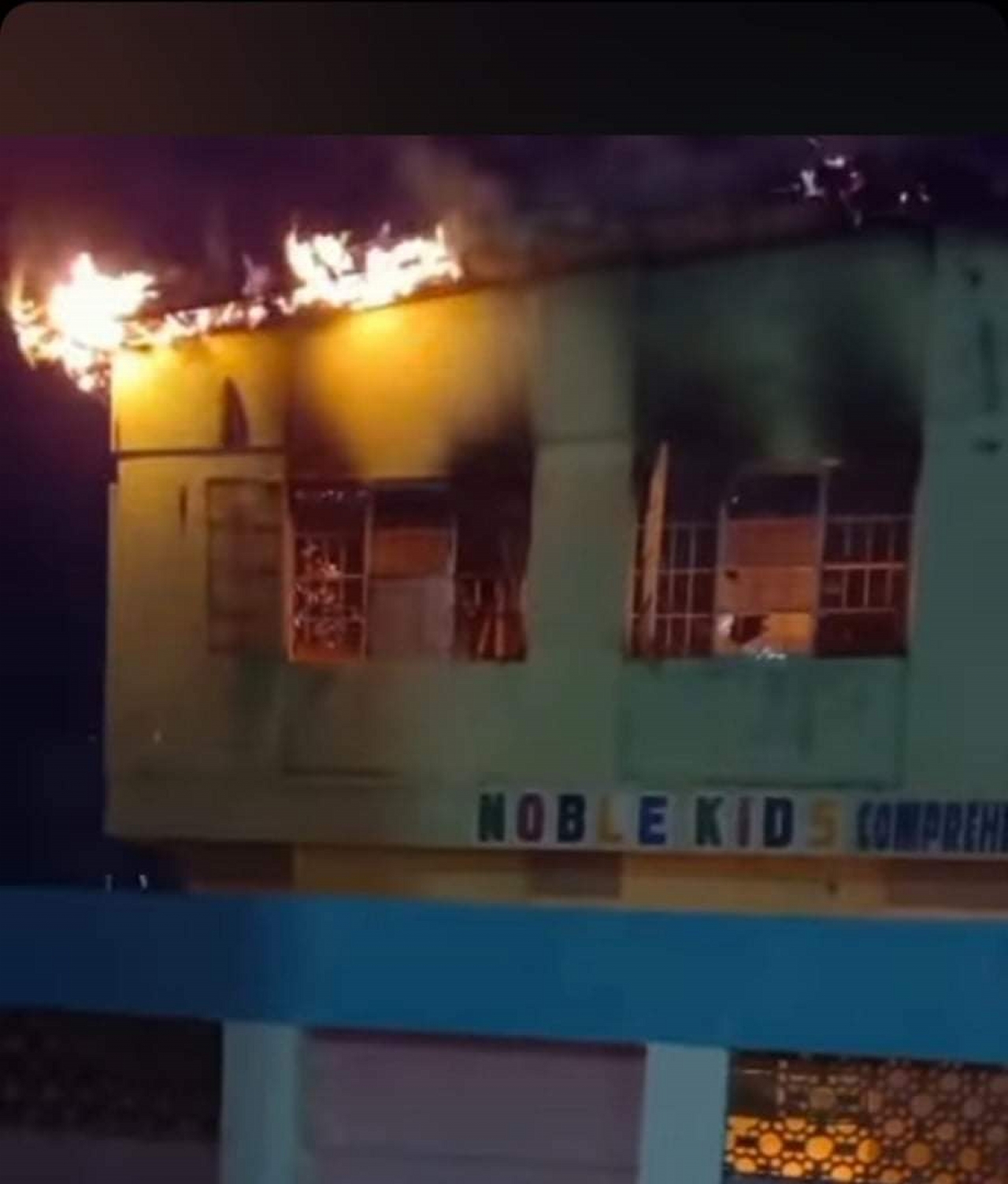 Angry residents have set the school Hanifa attended ablaze after she was abducted and killed by school’s proprietor.

5-year-old Hanifa Abubakar was a student of Noble Kids School in Kano. She was kidnapped on Dec. 2 and killed by the school’s proprietor, Abdulmalik Tanko, and he recently confessed to the crime.

Kano State police spokesman Abdullahi Kiyawa on Monday, Jan. 24, disclosed that angry youths set fire to the school in the middle of the night.

He said there was no casualty in the incident, but parts of the school’s building were razed.

Kiyawa added that the police are yet to arrest any suspect in the incident.

Reports say Tanko only rented the building to run his school. The structure belongs to another person who has not been implicated in Hanifa’s alleged murder.

Locals have been urged to desist from taking the law into their hands.

Tanko led police officers to the school premises where the remains of Hanifa were found buried in a shallow grave.