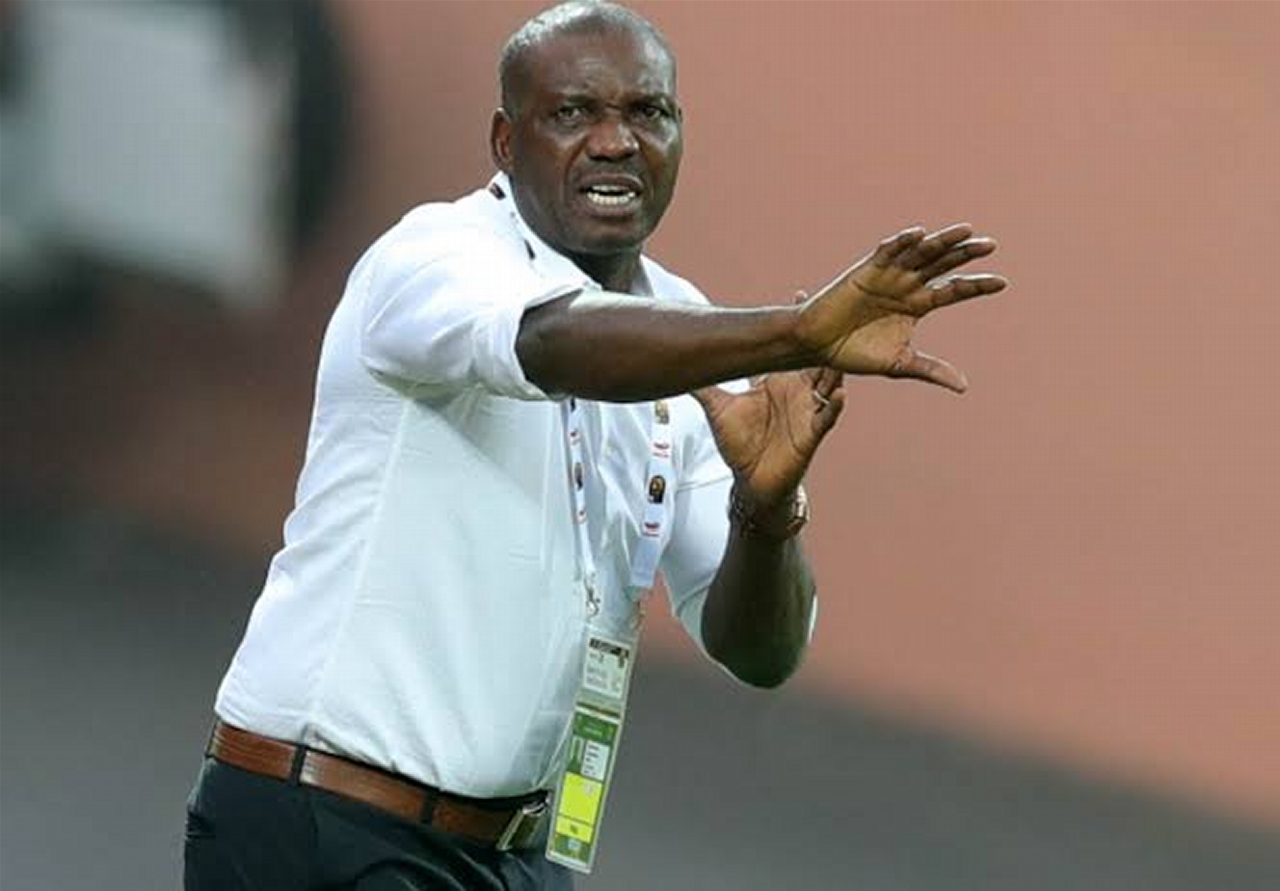 Super Eagles coach, Austin Eguavoen has spoken about Nigeria’s loss to Tunisia in the 2021 Africa Cup of Nations round of 16 which took place on Sunday January 22.

Alex Iwobi was shown a red card in the 64th minutes, after the referee upgraded his yellow card to a red one following a VAR Review for a bad attack.

Eguavoen in a post match conference, said that Iwobi didn’t deserve to be sent out of the match since he was a first time offender. He also said the attack wasn’t intentional so shouldn’t have amounted to a red card.

The interim coach added that Wilfred Ndidi was mashed right in front of the referee but he didn’t call a foul even though Ndidi complained.

Eguavoen also congratulated Tunisia for qualifying for the quater finals adding that the Super Eagles did their best even though they were knocked out by The Eagles of Carthage.