We Use Ladies Private Parts For Money Rituals – Yahoo Boys 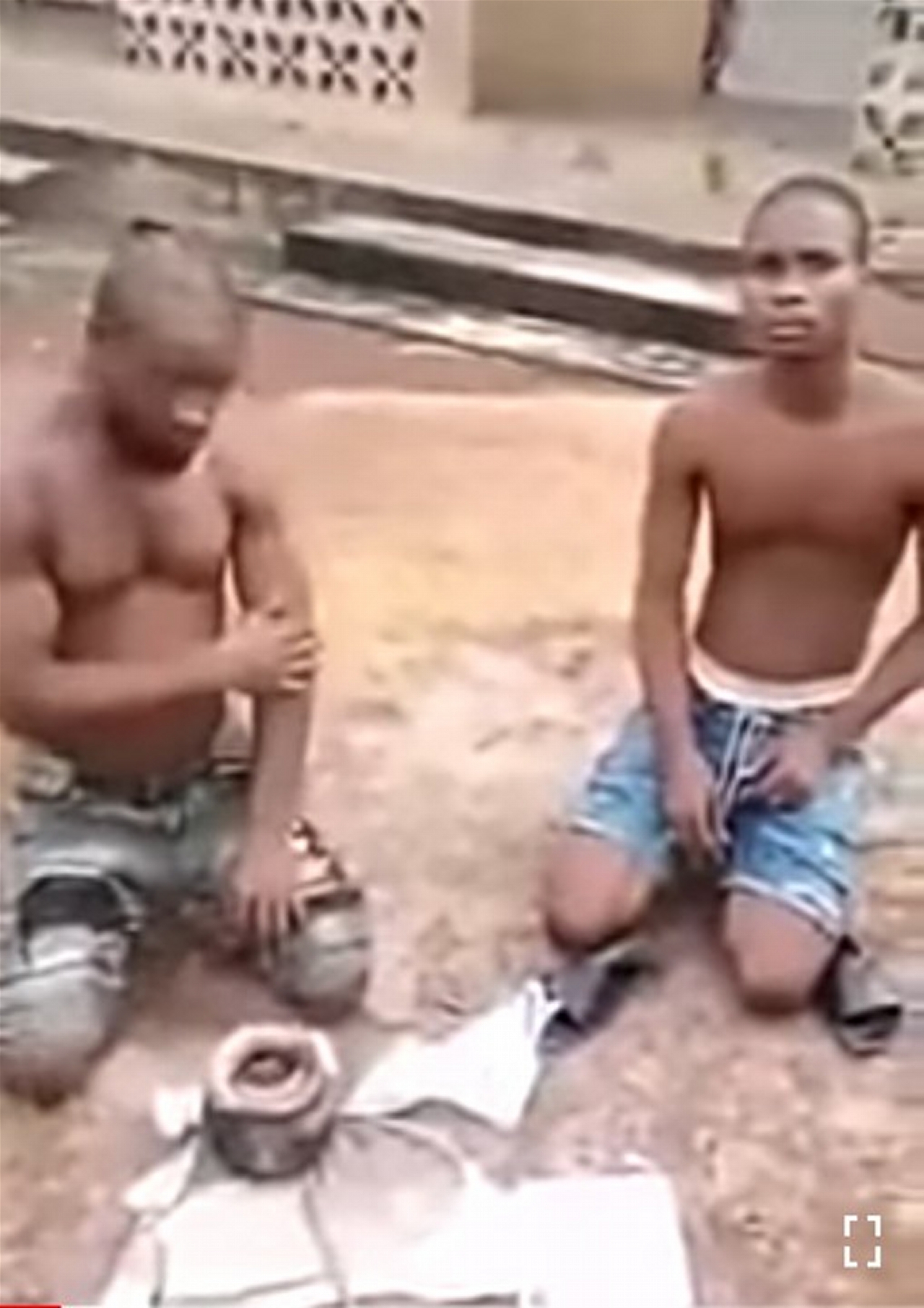 Two men suspected to be ritualists/yahoo boys have confessed after being arrested in Imo state, Southeast Nigeria.

The two suspects identified as Ebuka and Chinonso said that they use the private parts of ladies to make money making charms after sleeping with them.

In their words: “The native doctor who prepared the charm told us to use a handkerchief or a piece of towel to collect semen from the private part of every lady we made love to. He instructed us to put the handkerchief with the semen or towel in the pot and burn it after each time we collect it. He told us that the number of females we sleep with and collect their semen will determine the value of our money we will get.”

When they were asked to disclose the name and location of the native doctor, they said: ‘’We were seriously warned not to disclose it with anybody, that if we do that, we will die’’.

The two suspected criminals were interrogated by residents before being handed over to the police.