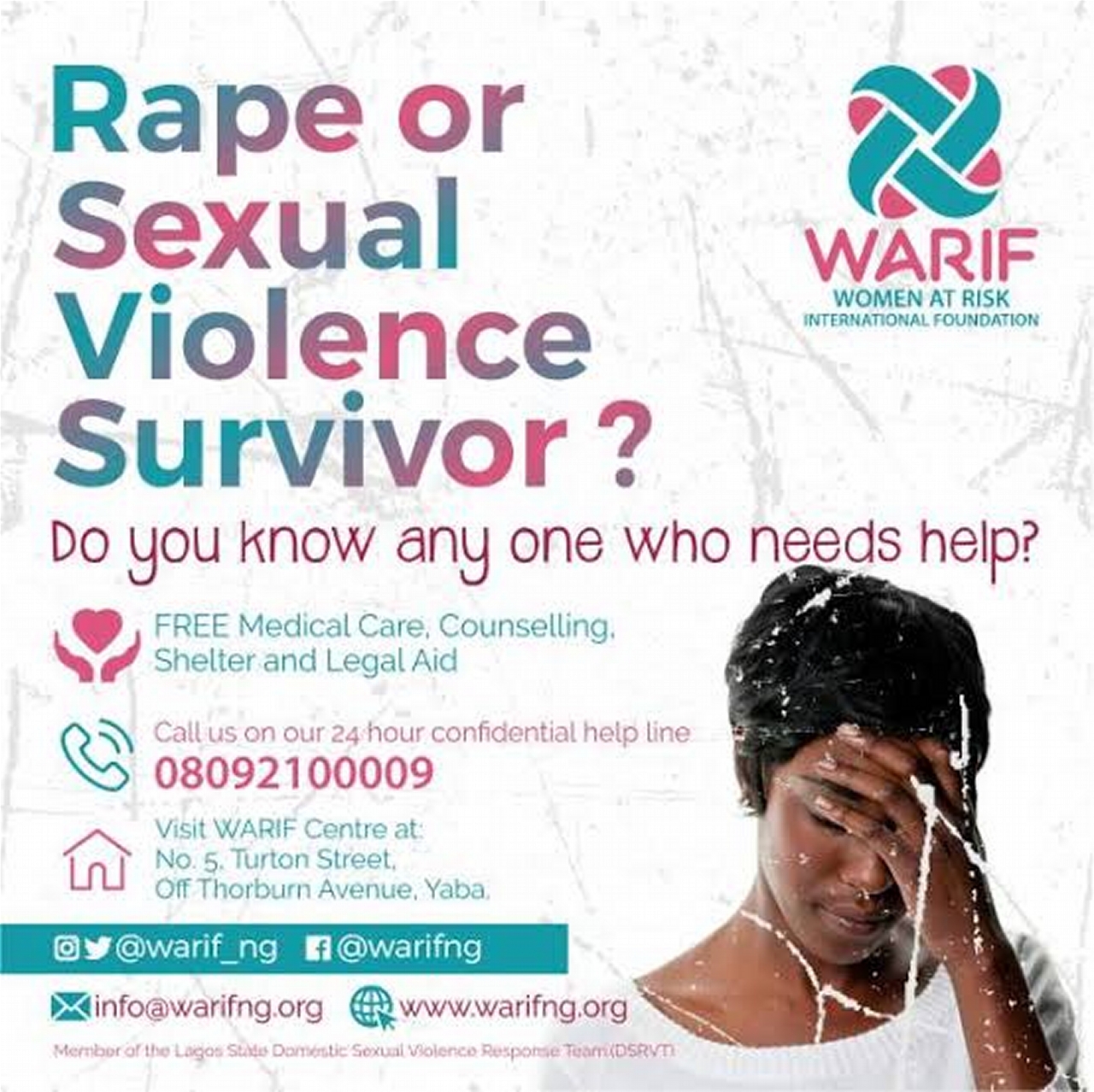 In a society where gender based violence is spoken about in hushed tones, it is always commendable to see individuals and groups taking action and putting up a fight against this menace.

One of such organizations is the Women at Risk International Foundation, WARIF. The organization is carrying out another cycle of the Gatekeepers Project in conjunction with the FORD Foundation, where they converged to train Traditional Birth Attendants ,TBAs from across Lagos state Local Government Areas.

The foundation marked a major milestone in the fight against gender based violence; as their most recent initiative tackled the problem at the heart of the matter.

The Gatekeepers project provides an avenue for TBAs to help women who are disposed to abuse in the peri-rural areas, as they are more inclined to gaining their trust.

Having set a major target of reaching a 30 percent minimum reduction in gender based violence; the foundation has been extremely pro-active in reaching this goal through training programs such as this.

Facilitated by members of the WARIF team, the session highlighted the signs to look out for in abused women, the acts that fall under sexual harassment/assault and more.

The program impacted the Traditional Birth Attendants with helpful knowledge while also equipping them with resources to enable them make a positive difference in their communities and the world at large.