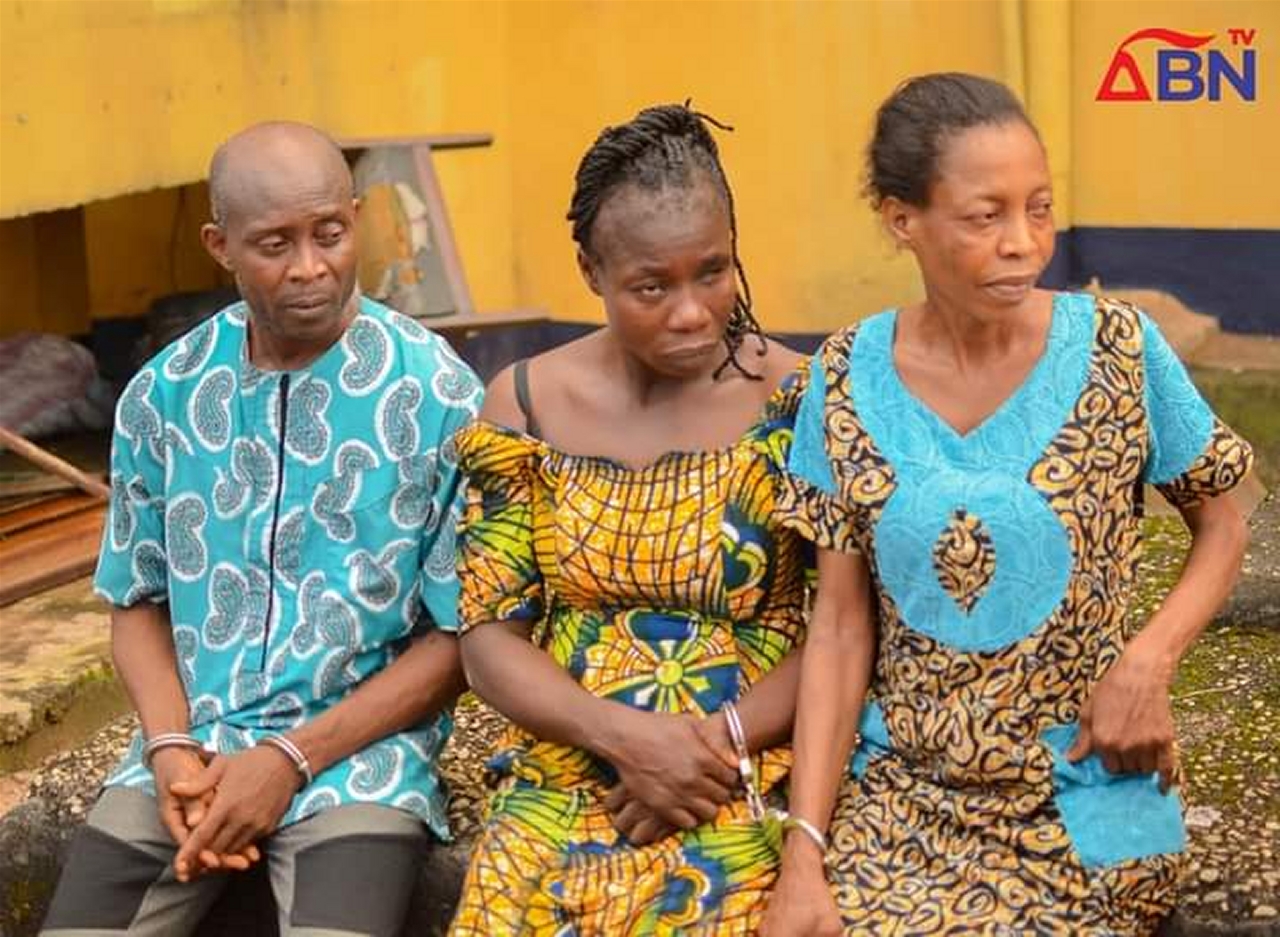 ABN TV reports that the suspects Onyekachi Ugwunwoke, M 43YRS, Chinasa Onyekachukwu, F 40YRS and Chidinma Asomugha, F 48YRS were arrested while at the bargaining point on how to sell the 4-year-old child near Abia Line Transport park in Umuahia, the state capital.

The victim who was kidnapped on Monday 27 September, 2021 at about 1905hrs (7:05pm) lived with her grandmother, Mrs. Enyidiya Okoroafor while his parents lived in Abuja.

Briefing newsmen on Friday at the command’s headquarters in Umuahia, Commissioner of Police in the state, CP Janet Agbede said trouble started when the victim’s grandmother sent him to buy pepper from a shop about 200ft away from their residence on the said date.

While on that errand however, Onyekachi Ugwunwoke and Chinasa Onyekachukwu who are also neighbours to the family whisked little master Okechukwu Okoroafor away without the consent of his grandmother.

According to the police boss, Onyekachukwu Ugwunwoke and Chinasa Onyekachukwu moved the child from Arochukwu to Railway line near Tipper/Abia line Transport park Umuahia.

It was at this point they were nabbed while negotiating with Chidinma Asomugha to sell little Master Okechukwu Okoroafor for the sum of Five hundred thousand naira (N500,000).

CP Agbede said their arrest on 30 September, 2021 by the police Crack Squad at about 1130hrs, followed a credible information.

She therefore adviced parents and guardians to closely monitor their children and wards.

She also called on the general public to give information of suspicious movement of persons in their areas.