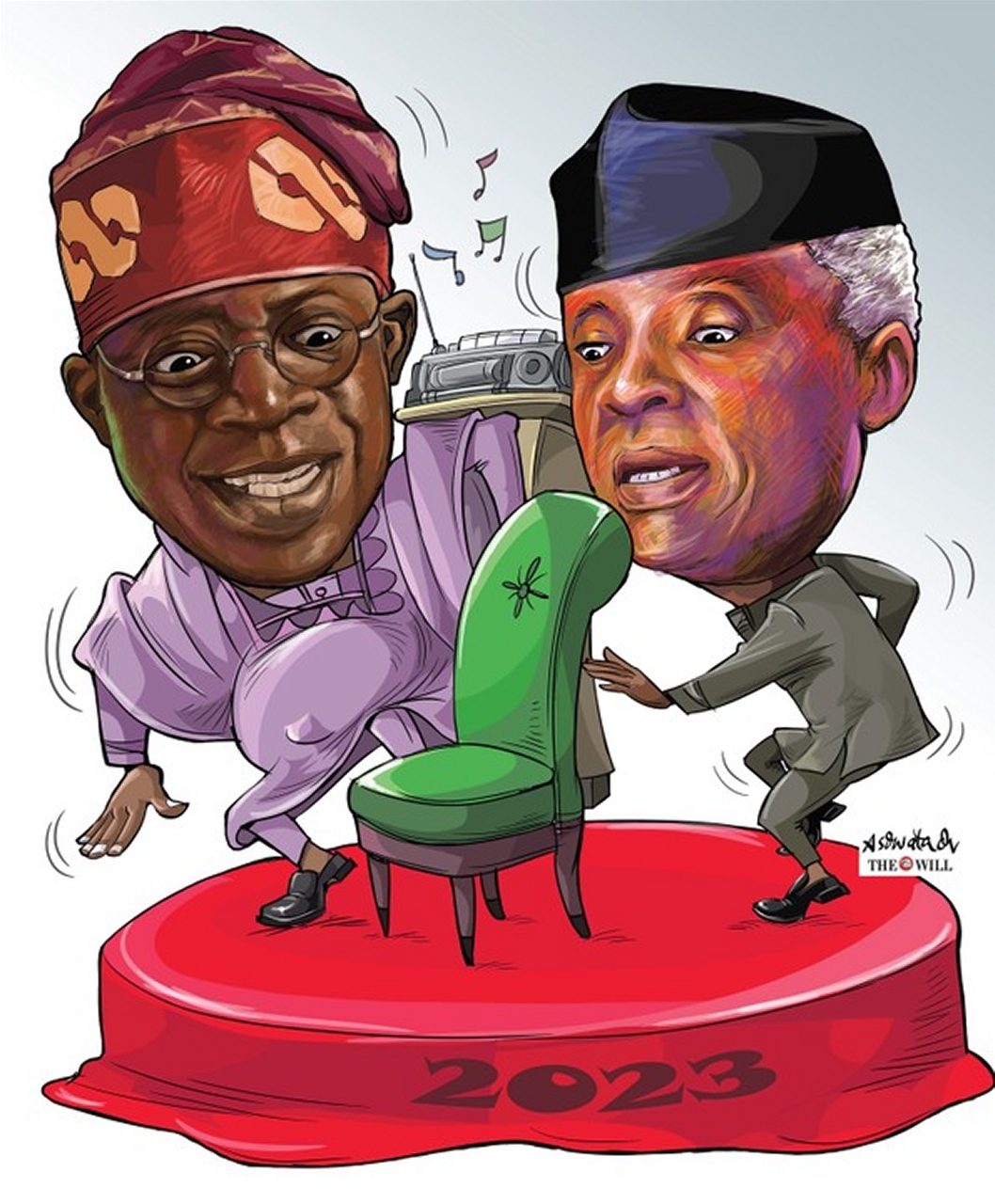 Karma doesn’t revenge. It only rewards good and bad deeds. I’ll choose karma over ingratitude, any day, anytime because, in the fullness of time, fairness is, essentially, the goal of karma.

Ingratitude is the intoxicating vodka wobbling the arrogant legs of the entitled, on the road of no return. Ingratitude loves arrogance, yes. With karma, you can’t be smart. With ingratitude, privilege is a right.

All at once: Karma grabs the neck, ingratitude holds the feet to the fire just as arrogance pounds the All Progressives Congress, which is less than eight years in power, but whose atrocities have totally soaked Nigeria’s 923,770km land mass in blood.

Bola Tinubu’s journey into karma
When the palm of the hand hastily drops 20-year-old pounded yam due to hotness, karma is on the boil. Twenty years ago, Lagos State Deputy Governor, Mrs Kofoworola Akerele-Bucknor, sent for me. That time, PUNCH newspapers had enrobed me with the reportorial mantle of covering both the Lagos State Governor’s Office, aka Round House, and the Lagos State House of Assembly, both in Alausa.

An unknown number had called my phone as I parked my black BMW 3-series at the press gallery car park at Alausa that fateful morning. “Hello, good morning. Is that Mr Odesola?” “Yes, this is Tunde Odesola, who am I on to, please?” “The deputy governor wants to see you?” “The deputy governor?” “Yes, the Deputy Governor of Lagos State, Her Excellency, Mrs Kofoworola Akerele-Bucknor.” “Where?” “In her office.” “Who are you? “I’m her media officer.” “Your name?” The caller gave his name. “Ok, I’m just arriving at Alausa. I’ll come right away.” “She’s expecting you, thanks.”

In less than five-minute, I trekked past the lively ambience of the press gallery, which is adjacent to the Round House, en route to the Office of the Deputy Governor, buried in a dingy building among some random agencies.

I stopped dead in my tracks for my retina to adapt to the darkness in the hallway leading to Akerele-Bucknor’s office. I switched on my phone torch. The man, who had called my phone earlier, spoke from the other end of the hallway, walking towards me, “Welcome to the Office of the Deputy Governor.” “Why is the office in darkness?” I asked. “I think you should direct that question to Governor Tinubu.”

In the semi-darkness, he walked me up the stairs to the office of the deputy governor. He knocked on the door and stepped back for me to enter, closing the door behind me, without entering the office.

“Good morning, Mr Odesola; I sent for you,” the deputy governor said in a firm voice. “Good morning, ma,” I said, trying to take in the face behind the desk in the very dark and sad office. “Why is your office in darkness?” “It’s the governor that disconnected my office from the mains because I refused to partake in his bid to take over the Alliance for Democracy from the elders and founders of the party. I told him we should face governance and leave politics to the elders. We hadn’t been sworn in when he told me of his ambition to become vice-president, and also take over the party from the elders. I said no to his overture, and that was the basis of his quarrel with me.”

Mrs Akerele-Bucknor granted an interview in the darkness, stressing her resolve not to be cowed by the governor.
But she was later forced out of government under controversial circumstances with the Tinubu-led administration claiming she was impeached while the deputy governor said she resigned.

After his impeachment on May 10, 2007, by the 2nd legislative Assembly, Tinubu, eight years later, forgave Pedro who was accused of gross misconduct, causing the 5th Assembly to pardon him and restore his financial dues and privileges to him.

Contributing to the debate on the pardon of Pedro, Chairman, House Committee on Budget and Economic Planning, Rotimi Olowo, urged the Assembly to reverse the impeachment of the ex-deputy governor so as for him to ‘live a normal life’. Olowo said, “To err is human, to forgive is divine. Pedro has shown much remorse and obedience, let’s pardon him to have his sanity back. Pedro has passed through much psychological trauma.”

I ask, “Who did Pedro offend? Lagos State or Tinubu? Who forced Pedro to his knees?”

Commenting, the Speaker of the Assembly, Mudashiru Obasa, who is currently under investigation by the EFCC over numerous funds misappropriation allegations, said the House didn’t absolve Pedro of the allegations against him, but decided to pardon him for showing remorse. What a statement from a teleguided Assembly, whose Speaker is a supposed lawyer! Well, can any good thing come from the ass-licking Assembly that’s on Tinubu’s leash?

After dumping Pedro, Tinubu backed a rookie in the person of his Chief of Staff, Babatunde Fashola, who also doubled as the Commissioner to the Governor’s Office, to succeed him.

When it was time for Fashola to go, upon serving two terms, Tinubu threw his weight behind another greenhorn and Permanent Secretary, State Treasury Office/Accountant General, Akinwunmi Ambode, who was unknown in Lagos politics. Fashola, the incumbent governor, preferred his friend and fellow Senior Advocate of Nigeria, Olasupo Sasore, whom he backed, but Tinubu deployed his political machinery to crush Fashola’s wish, paving the way for Ambode to emerge.

Since 1999, Tinubu has been the only political deity, whose word is law in the whole of the South-West, reverberating up to Edo, Kwara and the North, gaining national prominence when the party he partook in midwifing, APC, took control of the national government in 2015.

But the statement, “I belong to everybody, and I belong to no one,” was the first crack of the whip from Buhari to Tinubu’s buttocks in public. With this statement made on the very day he took power on May 29, 2015, Buhari leaves no one in doubt as to the little value he places on Tinubu’s sacrifices that led to his emergence as President after three failed attempts and publicly weeping over his electoral loss. But Tinubu lived in denial of the obvious fact that Buhari had used and dumped him.

So many cracks of the whip had embroidered gory patterns on the back of Tinubu who had soldiered on stoically, uncomplaining in public. But the stretchiness of Tinubu’s tact snapped in Abeokuta, Ogun State, on Thursday, when, in an outburst, he put the records straight on his contributions to the emergence of Buhari, and Ogun State Governor, Dapo Abiodun.

Tinubu was thoroughly embittered. He probably felt if he spoke after his impending rejection by Buhari and his cohorts on Monday, he might be labelled an undemocratic sore loser. I suspect Tinubu had tried to reach out to Buhari, and he had been given the cold shoulder, hence he decided to take the bull by the horns.

In his characteristic verbal arrogance, Tinubu played into the hands of his traducers, who must be shocked that he had been silent all along despite their attempts to falsify history, and provoke him to go headlong against General Muhammadu Buhari (retd.), who is uncomfortable with Tinubu’s political stature.

Tinubu’s South-West beneficiaries-turned-adversaries know the acidity of his tongue, especially when angry. They knew what he said at the palace of the Ataoja of Osogbo during the countdown to the 2018 Osun governorship election.