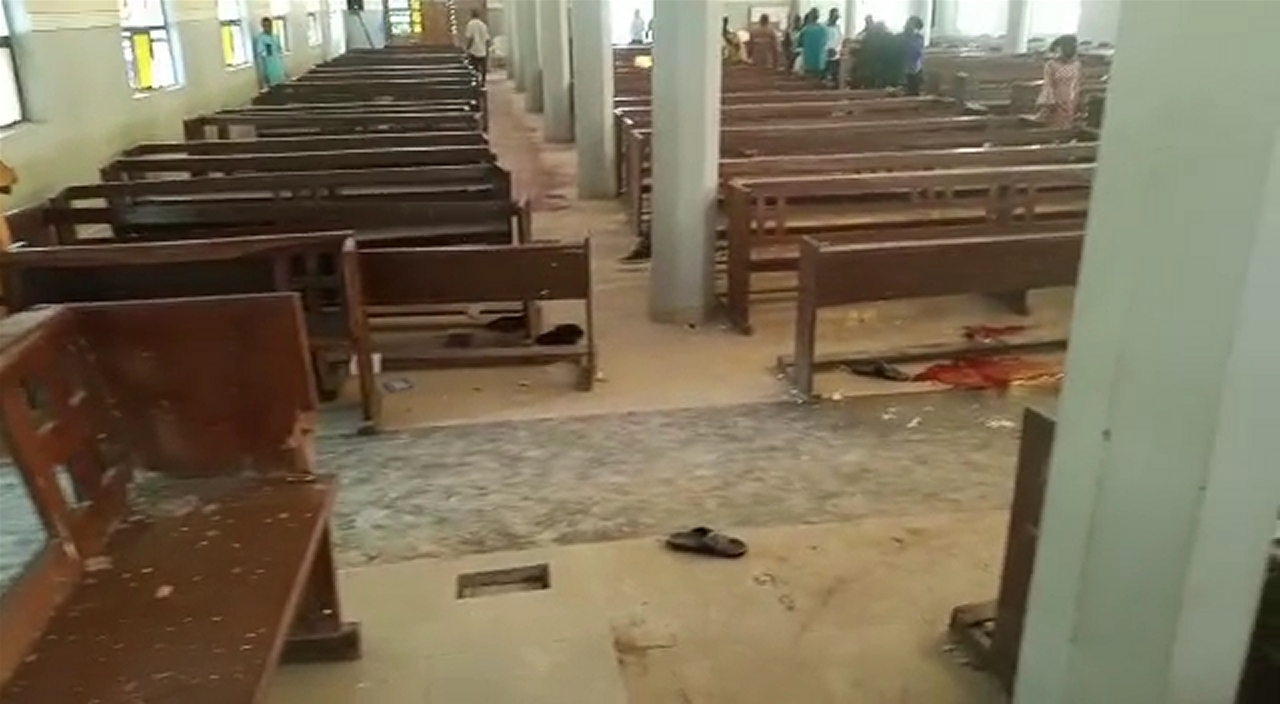 The Peoples Democratic Party (PDP) asserts that the silence of the All Progressives Congress (APC) on Sunday’s gruesome terrorist attack and killing of innocent worshippers at St. Francis Catholic Church, Owo, Ondo State confirms APC’s complicity and implicit support for terrorism in our country.

The PDP is also appalled by the lame and disconnected press statement by the Buhari Presidency which did not demonstrate any Presidential empathy, concern, assurances and commitment expected of a Commander in Chief, who should be a Comforter in Chief in the face of such horrific terrorist attack on the country.

The feeble and insensitive statement by the Presidency is a further confirmation of the tacit sympathy for terrorism by the APC administration.

This is because in saner climes the President would personally address the nation on the gruesome murder of many citizens under his care. President Muhammadu Buhari’s personal silence is deafening and points to allegations in the public space that terrorists are enjoying tacit accommodation from the highest level of the APC administration.

It is indeed unpardonable that as terrorists were murdering our citizens in Owo, President Buhari was busy in the comfort, luxury and safety of the Presidential Villa, having a dinner with APC leaders and conducting political meetings aimed at perpetuating APC’s fraudulent, insensitive, inhumane and vicious government on hapless Nigerians.

Such actions by the APC and President Buhari, who has woefully failed in his promise to lead the fight against terrorism from the front, continue to embolden terrorists to carry out more terrible attacks on our citizens.

The inexcusable stance of the APC also lends credence to the fears already expressed by Nigerians that there are planned orchestration of crisis by the APC in various parts of the country so as to derail the scheduled 2023 general elections.

Nigerians will recall that the APC has never forcefully condemned terrorism attacks in Nigeria since the revelation that the APC imported outlaws from neighboring countries to assist it to rig the 2019 general elections.

For the umpteenth time, our Party calls out the APC to come clean on the pact it has with terrorists for which it is sacrificing the lives of innocent Nigerians.

The APC must not continue to use Nigerians as expendables in their ignoble pact with terrorists. Such is reprehensible, atrocious and must not be allowed to continue in our country.

The PDP however calls on Nigerians not to despair but remain united and at alert as our Party takes firm steps ahead of the 2023 general elections in the mission to Rescue and Rebuild our nation from the misrule of the APC. Indeed, HOPE is on the way as we count down to 2023.