Tanker Explodes Near Sheraton: 5 Dead, Many Injured, Over 25 Cars Burnt 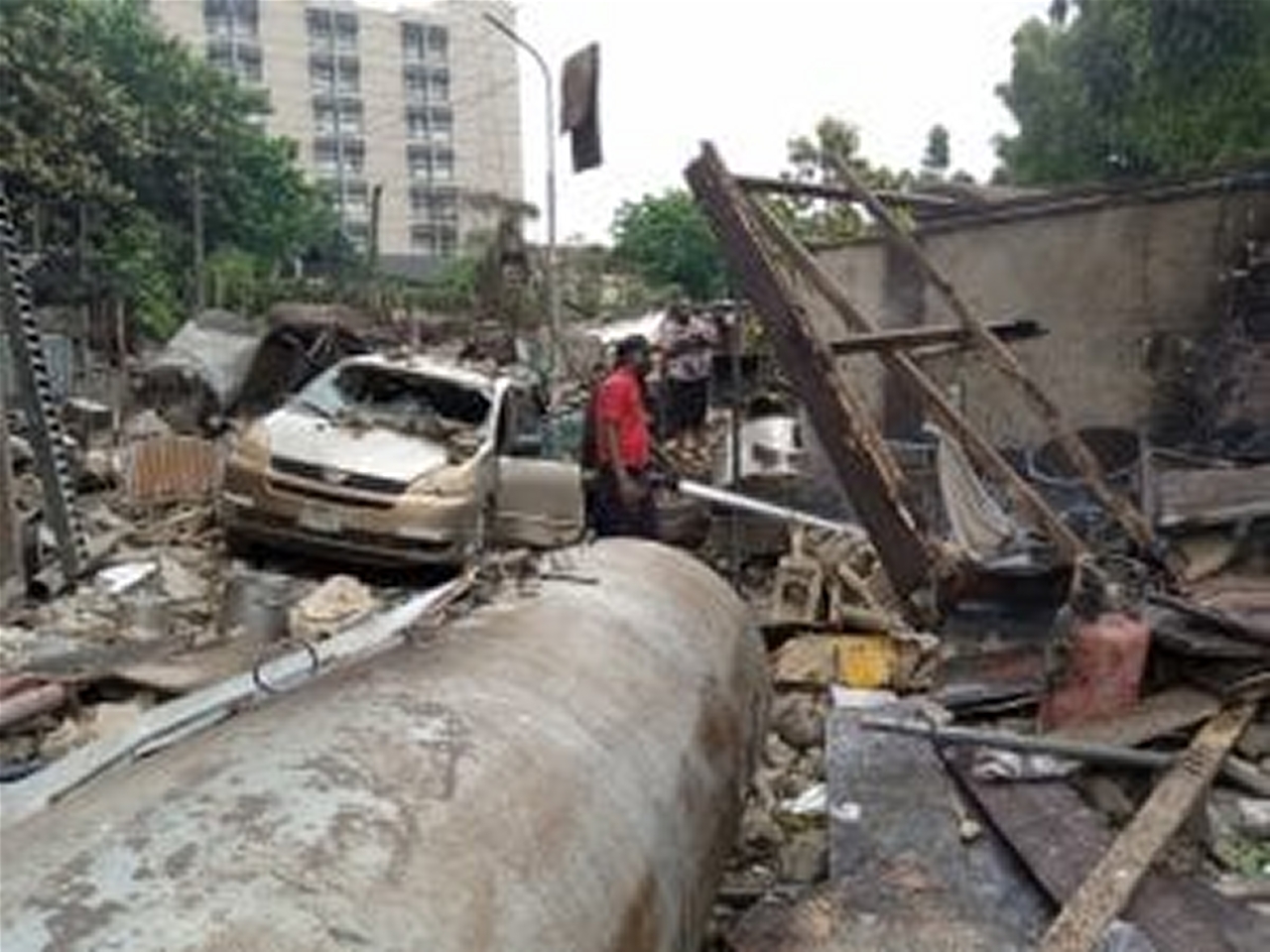 A LPG tanker exploded at about 1032hour on Thursday on the Mobolaji Bank Anthony Way opposite Sheraton hotels and Towers. Ikeja.

The explosion was alleged to have been caused by unconfirmed leakage while on motion.

The resulting fire travelled with the wind to the premises of Ogun State Property Investiment Company (OPIC) Plaza besides Sheraton Hotel.

The fire was put out at about 0030hours after the Concerted efforts of five fire trucks from Lagos State Fire Service and 2 trucks from LASEMA Response Unit.

The initial search and Rescue activities revealed that 13 persons sustained various degree of burns. Out of this, 9 are males while 4 are females.

The affected victims are being attended to at the Lagos State University Teaching Hospital (LASUTH) for First Aid while they will be transfered to Burn Centre, General Hospital, Gbagada, Lagos State.

Preliminary assessment on vehicles damaged indicated that about 25 were burnt as at now.
Comprehensive post disaster assessment on the extent of general damages would be done later today.

Only 4 of the critically injured were transferred to Burn Centre, General Hospital Gbagada at about 0230hours today.

The Commissioner of Police, Lagos Command, Hakim Odumosu took charge in Crowd control and normalised the situation for a successful operations.

NEMA, LASTMA, State Fire Service, FRSC and NSCDC were at the scene.