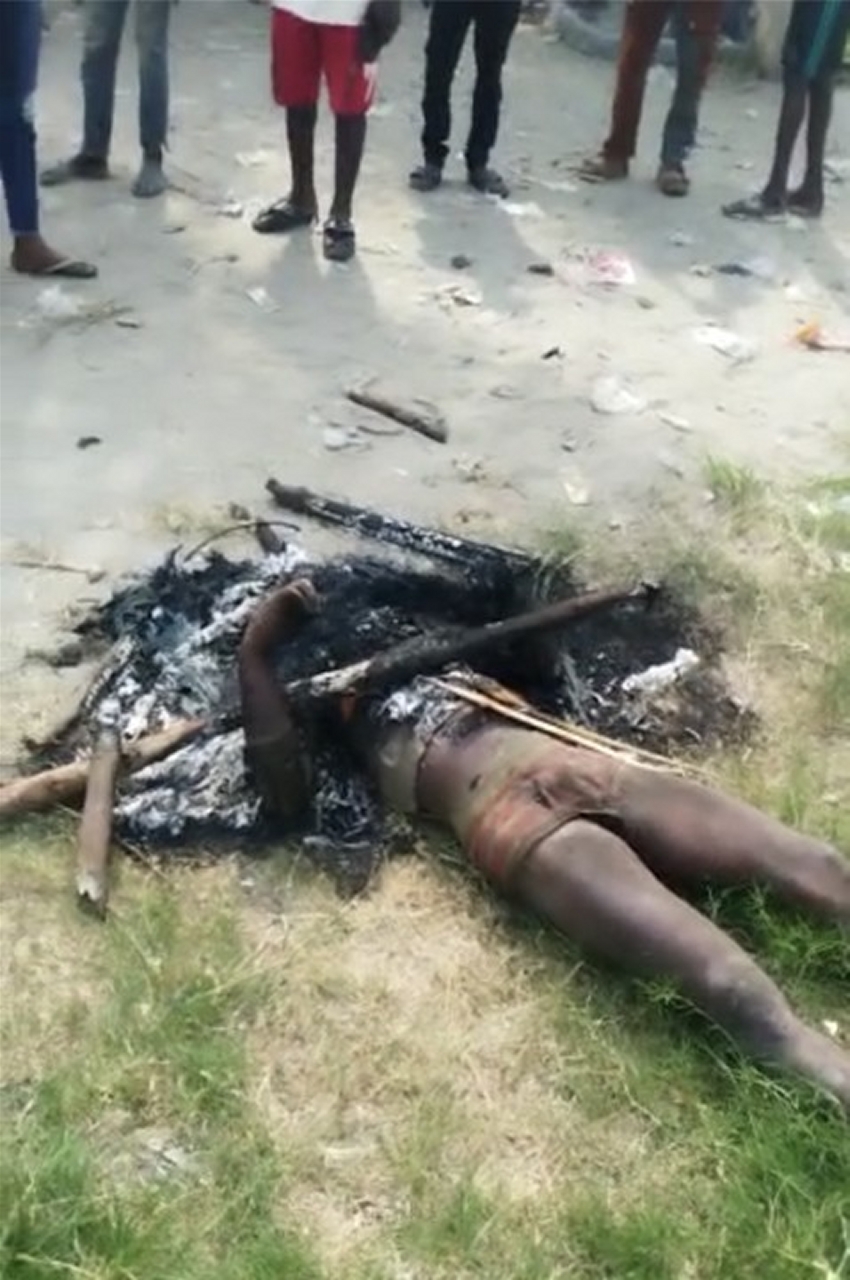 A Nigerian man suspected to be a ritualist was set ablaze in Ughelli, Delta State, South South Nigeria.

dopereporters.com gathered that he was lynched at the Primary School axis of Otovwodo Community after he was allegedly spotted making calls concerning the delivery of human parts.

According to eyewitnesses, he was pretending to be a mad man but was in possession of an expensive android phone giving specific instructions to the caller at the other end.

On discovery that he had been spotted, he removed the sim, swallowed it and took to his heels.

It was gathered that a mob immediately went after him only to discover that it was the same suspect that was arrested and handed over to
the police for a similar offense two weeks ago.

It was alleged that he had about twelve million naira in his bank account and had bailed himself with N500,000.

However, Spokesperson of the Delta State Police Command, DSP Edafe Bright could not confirm the jungle justice as of that time.