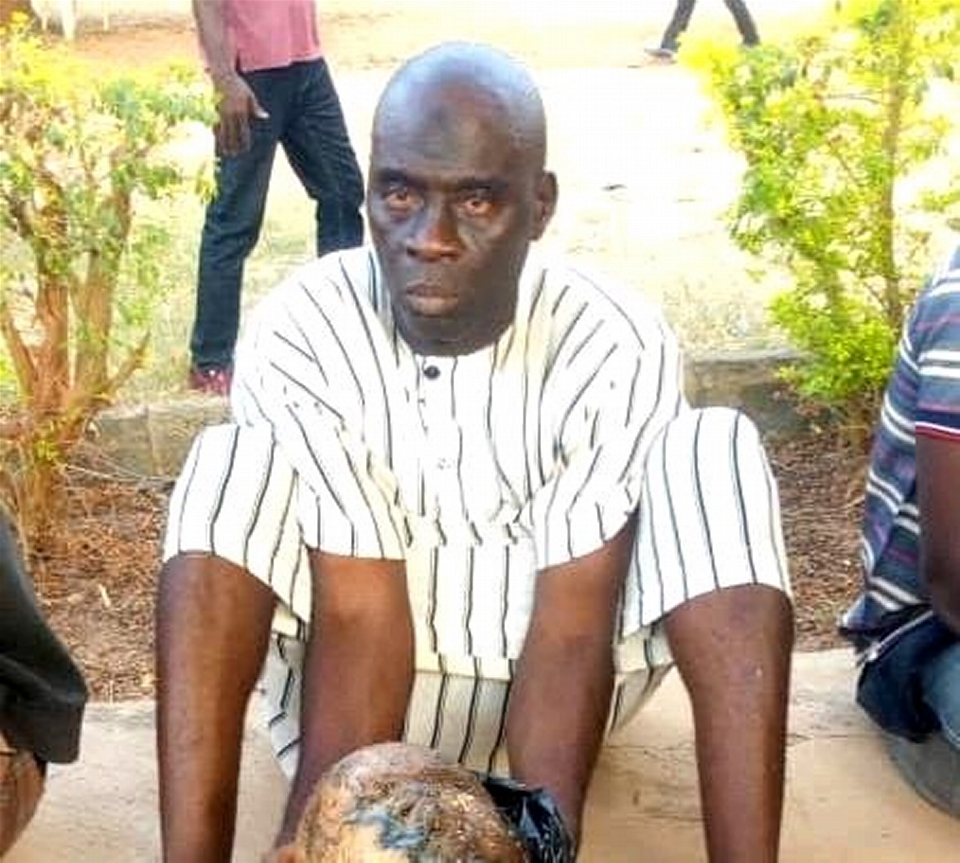 There is controversy around the mysterious death of an Islamic cleric, Tunde Olayiwola in police custody

The cleric was arrested last week with fresh human head by detectives of the Ondo state police command.

Reports said that the suspect slumped and died at the Special Anti-cultist Section of the state police command.

The suspect was paraded alongside eight other suspected criminals alleged to have committed various offences like murder, kidnapping and cultism.

The suspect was apprehended with the fresh human head at Ajagbale Area of Oka, Ondo town, Southwest Nigeria.

Sources said that the suspect allegedly fell sick the second day he was detained and was taken to the police clinic where he eventually died.

The suspect during an interview with newsmen at the state police command said that he bought the fresh human head for N60,000 to use it for money rituals.

The state Police command image maker, Funmilayo Odunlami confirmed the death of the suspect in police custody. She added that he became indisposed while in detention. Odunlami did not give details when pressed further.