Size Don’t Matter, AJ Will Fall Like A Pack Of Card -Usyk 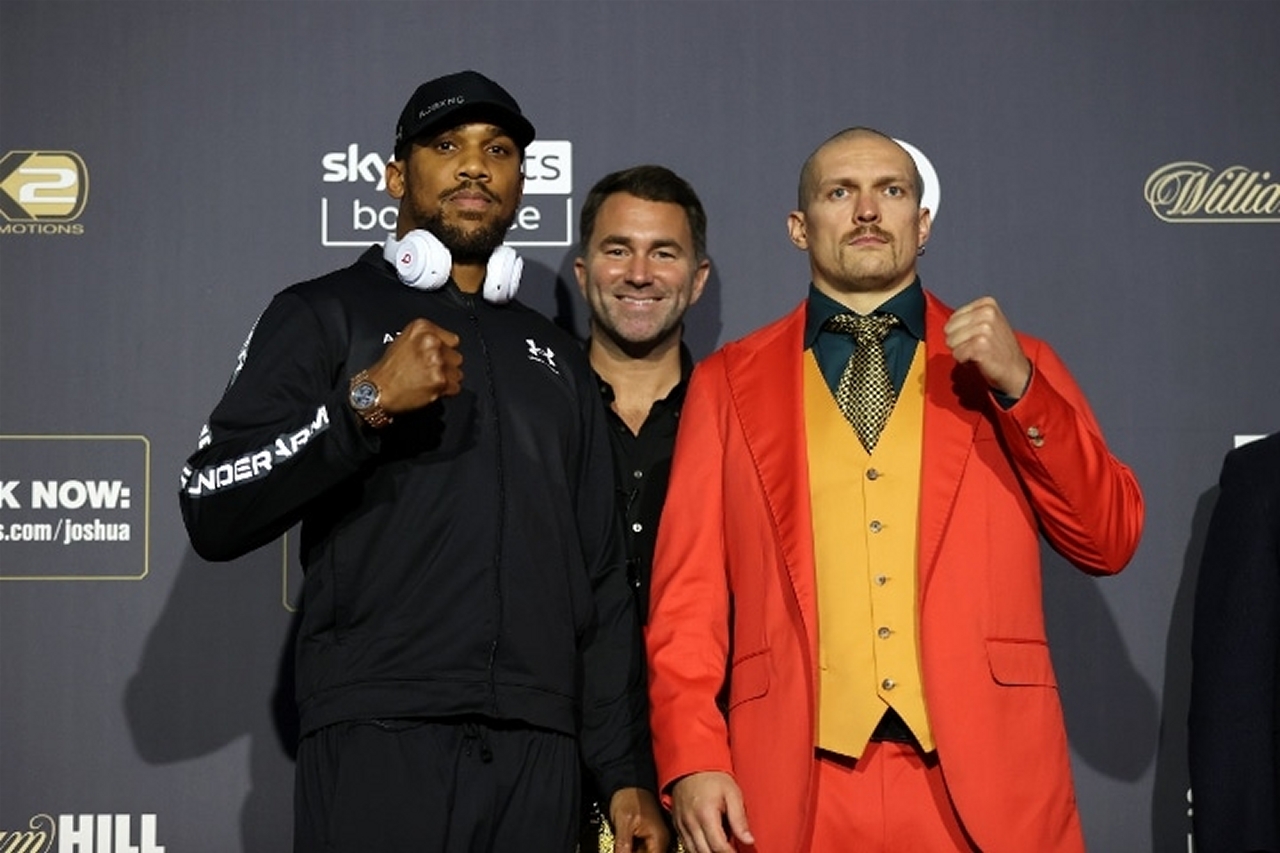 The fight with Joshua will take place before a hostile crowd of over 60,000 at the Tottenham Hotspur Stadium.

Usyk is the smaller man, who moved up from the cruiserweight ranks in 2019.

He dominated the cruiserweight ranks and unified the entire weight class in 2018 – when he won a lopsided twelve round unanimous decision over Murat Gassiev in the final round of the World Boxing Super Series cruiserweight tournament.

He expects the fight with Joshua to start off as a boxing match, with each fighter picking his spots.

Based on the history of the heavyweight division, Usyk has no concerns regarding any size or power difference – and points to David Haye’s decision to move up to heavyweight and his eventual big win to capture the WBA title from a 7’1, 300+ pound Nikolai Valuev.

“People talk a lot. They say the truth, or they don’t say the truth. It’s all talk. We will see on Saturday what happens.

“The power is not about whether someone is big or small. It’s in your spirit. David Haye was three times smaller than Nikolai Valuev which shows that it doesn’t matter.”

Joshua is not underestimating Usyk and anticipates a tough contest.

“These are the best days of my life,” Joshua said.

In this article:Size Don’t Matter