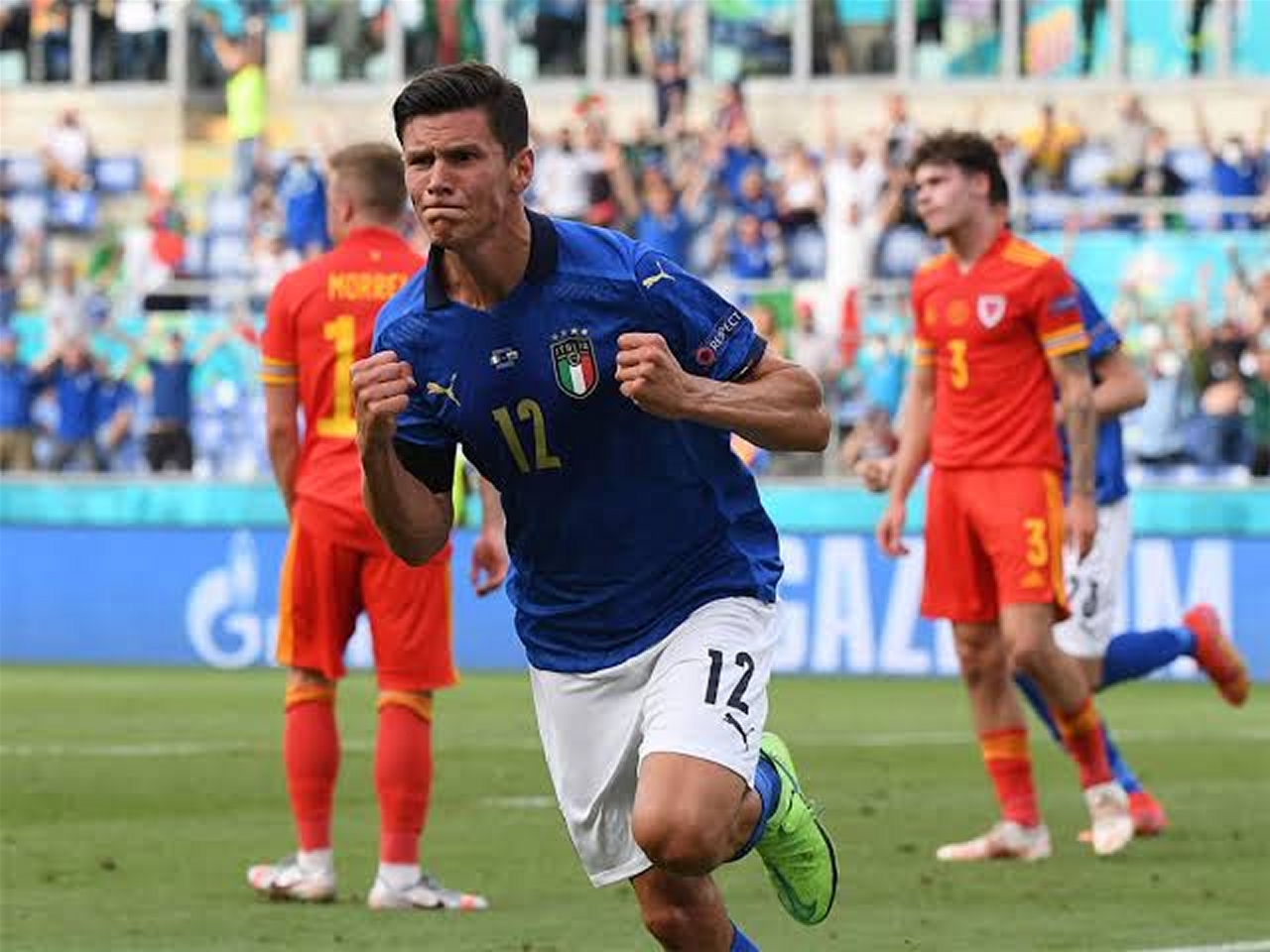 Italy defeated Wales 1-0 on Sunday as both sides progressed to the knockout stages of Euro 2020.

Topping Group A with nine points, Italy’s victory in Rome through Matteo Pessina’s first-half goal means the Azzurri are yet to concede a goal in the tournament and have been arguably the standout team from the group-stage games.

Wales, a surprise semifinalist at Euro 2016, also had to play most of the second half with 10 men after Ethan Ampadu was received a red card for a late challenge on Federico Bernardeschi.

after his teammate’s red card.

However, the defeat didn’t stop Wales placing second in the group to reach the knockout stages, once again punching above its weight in a major tournament.

Robert Page’s side finish level on points with Switzerland, which defeated Turkey 3-1 in Baku, Azerbaijan, on Sunday, but placed second with a superior goal difference.

“We knew it was going to be a very difficult game from the start. There was a lot of defending, a lot of running. There’s some very tired bodies out there,” Wales captain Gareth Bale told ITV.

“I’m proud of the boys. We wanted to try and get a result but I guess it made no difference, we finished second anyway.”

Switzerland will have to wait and see if its four points will be enough to qualify for the knockout stages as one of the tournament’s best third-placed sides in the group stages.

Four third-placed teams will join the winners and runners up from each group in the round of 16.

It was Switzerland’s best result of the tournament so far and came courtesy of a goal from Haris Seferovic and a brace from Xherdan Shaqiri.

Seferovic gave Switzerland an early lead with a low, left-footed strike, before Shaqiri doubled his side’s advantage 20 minutes later with a superb shot from the edge of the box.