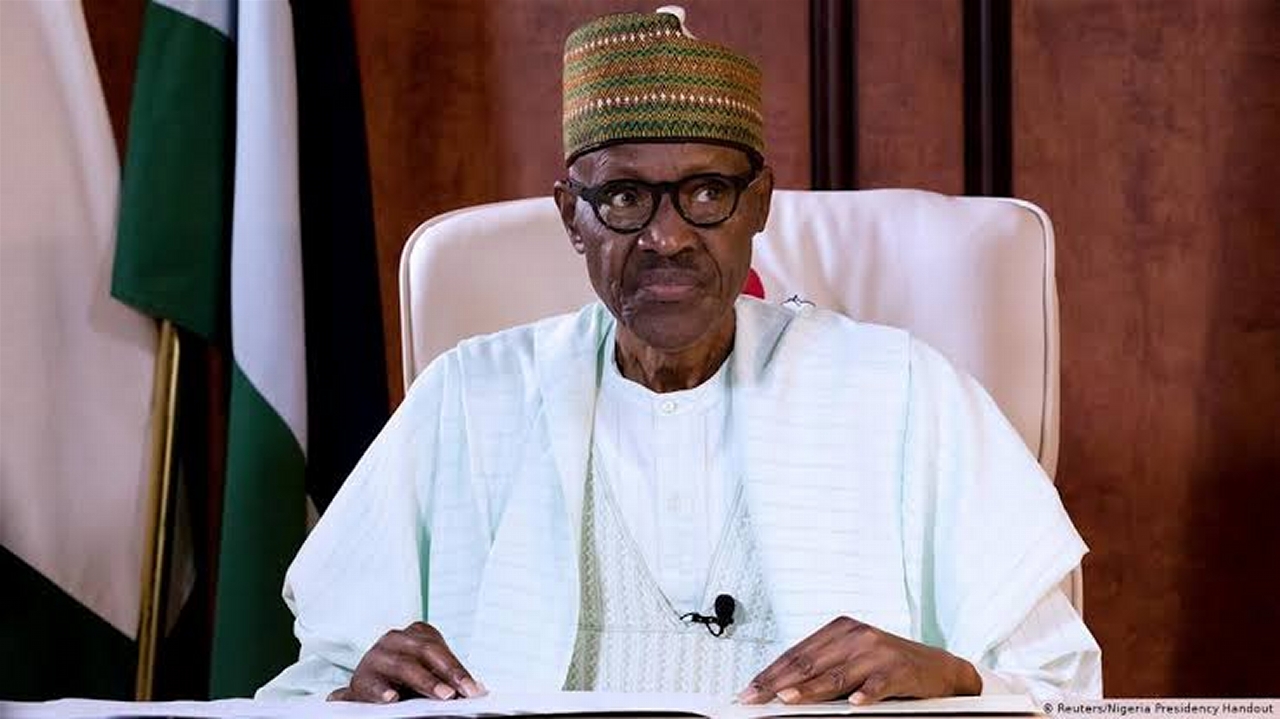 Last week, President Muhammadu Buhari agreed to come out of his cocoon. He granted two interviews between the space of 48 hours, albeit pre-recorded, to Channels TV and the NTA. Since then, the interviews have again provoked discussions on the state of the mind of the president. Upon returning from a seven-week medical trip to the UK in 2017, the mind of the president became a cause for national concern. Since he came into office in 2015, either via covert claim of going to the UK for “a summit and scheduled medical follow-up” or actually seeking leave, ostensibly to meet his medics, the president is recorded to have been to his infirmary in about nine times and spent over 200 days abroad attending to his health. Buhari’s hermitic life, sequestered inside the Villa and his incoherent responses whenever he speaks, have literally been taken as a national fait accompli. Sufferable people that Nigerians are, they have since moved on, after ceaseless ponders and discussions on it.

In seeking explanation, I went into Yoruba people’s explanation of their cosmos. To seek answers to their cloudy and sometimes seemingly inexplicable world, proverbs, riddles, wise sayings, aphorisms and pithy descriptions of things most times come to the rescue. These help them to gain insight into the realm of the unseen and to break down and simplify issues that seemed too difficult for them to understand. Significant events and stories that took place in the past, told and retold over and over again, also became handy and easily deployed to explain happenings that surround them. One of such is the line, Elo n’koko? Ara omo le. Chipped off a conversation between a woman clay pot seller and her customer which happened many years ago in an ancient Yoruba village, the line has become an age-long description of what psychologists call cognitive dissonance.

Aware that villages were crammed with people battling existential situations that could manifest in maladies, mental disconnect, amnesia, dementia and all that, with the attendant risks posed to communal living, Yoruba prescribe some irreducible minimum codes in social interactions. For instance, they say that the benchmark of where a cap must stop on its wearer’s head is the brow – the ipenpeju. Once a man wears his cap and it goes down this boundary, suspicion of mental challenge is aroused. Putting this succinctly, they say ipenpeju l’ala fila – the brow is the boundary of a cap worn on the head. Anything short of this is seen as indicative of a mental disconnect or, put mildly, a symptom of disharmony among the internal members of the cap wearer.

Returning to the ancient story of Elo n’koko, on this particular morning, a customer shuttled into the shop of a woman selling local clay pots and, beginning with the traditional prologue to haggling its price, she then asked, elo n’koko? – How much is the pot? Expecting to be answered in same mould, the customer was taken aback when the clay pot seller however went off tangent. Rather than tell her the price, the pot seller began the narrative of how her children were in the best of health – Ara omo le. Overtime in the village, this became the pot seller’s response whenever she was asked the price of her wares. Words soon went round about her incoherence, which raised indubitable suspicion of a mental disconnect. Thus, when incoherence is at issue between persons in a conversation, the ancient dialogue between the pot seller and her customer is often evoked to affirm dissonance between words and action.

Now, let’s interrogate the weirdness of this disposition. I may be wrong but I don’t think there is any leader of a country in the world who excludes media interviews from the list of their communication channels with their people. American President John F. Kennedy (JFK) pioneered the art of effectively using the then new medium of television to speak directly to his American people. Before him, no other president granted live televised press conferences relayed directly to the audience without delay or editing.
Adipolo

Of all the Nigerian presidents since 1999, spanning Olusegun Obasanjo, Umaru Yar’Adua, Goodluck Jonathan to Buhari, this Daura-born retired General has the sparsest report of shrouding his mind from the people who elected him. Yet his minders spin reports of his acceptance. Unlike Kennedy or any of his predecessors, Buhari has rather borne his mind, or borne his purported mind, to the people through proxies. Of all of them, Obasanjo, (pre-presidency) who has a comparatively lowest educational attainment – except Buhari – seems to be the only one in possession of a Kennedy-like media savvy, grasp and intellection.

In 2001, I came across Obasanjo’s grasp. Incidentally in company of Channels current CEO, John Momoh, who acted as anchor, four of us interviewed President Obasanjo in one of his monthly Media Chat programme at the Aso Villa, transmitted live by the NTA. Apart from occasionally addressing the people, Obasanjo communicated majorly with Nigerians through this avenue. Neither the president, nor Mr. Tunji Oseni, his then Chief Press Secretary, knew the questions we were going to ask the president, until we were on the live NTA show. Mid-last year when I interviewed Obasanjo in his Abeokuta home, he didn’t know the questions he was to be asked beforehand. He was as articulate, coherent and coordinated as he was 20 years earlier.

Yar’Adua, even at the outset of the sickness that took his life, talked to Nigerians via interviews. When it was obvious that he ailed considerably, Yar’Adua still feebly communicated with the people. Of course, Jonathan was talking to Nigerians. He was coherent, though many queried the depth of his articulations. For Nigeria to now regress to the level of having a president who, like a hermit, stays away from his people and in the far-between times he does, assails the people with an embarrassing, incoherent and disarticulate interjections, this will appear to be the lowest low ever in the governance of Nigeria. Worse still, the president’s minders articulate this dip as a strategy of governance and his embarrassing taciturnity, a personal flavor.

But the truth is that, all is not well with our president. Though Buhari was never known to lay store by intellection in all his years as a public official, his coherence has suffered almost irretrievably since his return from his UK infirmary. Yet, mum has been the word from the presidency on his true state of health. This has given vent to speculations. Piecing together symptoms he presents with, some argue that our president is suffering from acute dementia.

From the beginning to the end of that interview, Buhari was just in a different world of his own, occasionally emerging therefrom to talk to us. He gave answers outside the questions he was asked and his lines were filled with waffles, incoherence and his thoughts, frighteningly uncoordinated.

Asked about comparative economic indicators pre-his presidency on Nigeria’s debt stock, unemployment and exchange rates, one would have expected a well marshaled response. Not Buhari. His response was, “Well, I’m not sure how correct your calculations are, but all I know is that we have to allow people to get access to the farms. We just have to go back to the land. What we have done so far, like I said, we have achieved some success. But the most important is the farm, machinery and infrastructure.” This trend ran through almost the entire gamut of the interview that was deluged by repetition of past and irrelevant rhetoric. Why respond with ara omo le when asked elo n’koko?

These became very noticeable and embarrassing while the president answered the question on the Electoral Act Amendment’s Direct/Indirect primaries. In fact, he was a pitiable sight throughout the interview. He seemed to have been well coached on answers to the pre-sent questions, which he sauced with his old quips of “integrity” and “security.” When confronted with follow-ups, however, he was always at sea.

It is obvious that, away from the visage of a tough hombre that he portrays each time he is allowed to sidle into the public by his minders, President Buhari is a troubled and sick man. It will be extreme human cruelty to wish him dead or not to pray for him to be healed of whatever assails him. As human beings, we all carry our individual existential troubles, just like him. To explain the reality that no man is immune from life’s travails, especially sicknesses and diseases, one of the greatest of all French writers and philosophers, François-Marie Arouet, known more by his pseudonym, Voltaire, called his life “my disease.” Many of us carry health baggage even bigger than what Buhari probably carries. We can be excused for shrouding ours but, as the Nigerian president, he owes us a full disclosure. It is what he needs to give in return for the huge privileges he enjoys off the Nigerian State.

Americans have details of President Joe Biden’s health records at their finger tips. They elected him in spite of the senescence of his age, as we also elected Buhari. We thus should be ready for the baggage that comes with his old age. So why not disclose what ails our president to us? Why embarrass us with a presidential waffle that was ostensibly borne out of the president’s ailment?

With the little we know of him, our president would love to go to Daura, as that street lingo says – like yesterday – to go tend his cattle. He is however a prisoner in the Villa, held against his wishes. In James Hadley Chase’s famous crime thriller, Make the Corpse Walk, crazy millionaire, Kester Weidmann, believing in the power of money to buy the world, including life and death, decided that, upon his brother’s death, money could re-purchase him back to life. To achieve this, he employed the services of voodoo experts to do the unthinkable. Rollo, a nightclub owner known for his crookery, was the man to swing this for him. Spinning one of the greatest cons of the century, Rollo and Weidmann were however sidestepped by Celie, Rollo’s voluptuous and exotic mistress, in cahoots with the nightclub’s bouncer, Butch. For the sake of getting a pie of Weidmann’s humongous fortune, they were all ready to make the corpse walk.

Like Rollo, Celie and Butch, Buhari has been imprisoned by buccaneers who surround him. The voodoo game is to pad up an innocent man who should be in Daura attending to his health as a man who is fit. For these people, the state of our president’s health is secondary and the havoc of a proxy presidency immaterial, once he can be packaged like Weidmann’s brother. Underneath, the voodooists are busy unleashing their gluttony on Nigeria, in a bizarre bazaar.