Oil Is $100 And We’re Not Smiling- By Simon Kolawole 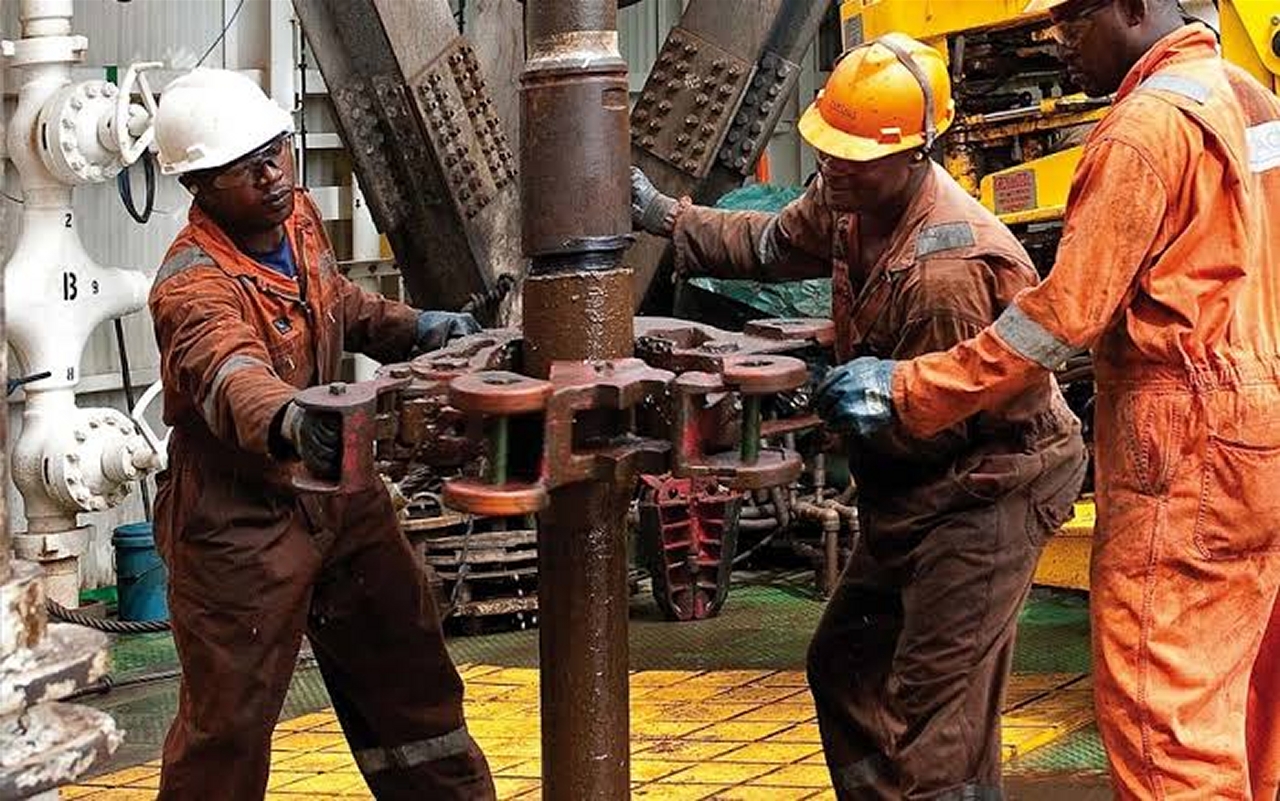 Gone are the days when high crude oil prices meant a lot to Nigeria, or should I say Nigerians.

It used to mean a massive boost in our foreign reserves. This enabled the country to meet its foreign trade obligations more comfortably — without having to ration forex. We could also boost our excess crude account (ECA), where the difference between the budget price for oil and the actual income is saved for the “rainy day”. And, of course, there would be plenty to share at the monthly meeting of the Federation Account Allocation Committee (FAAC).

Our fortune is so bad today that even if oil sells for $200, there is no guarantee that states would be able to pay salaries. Does it make sense?

Under Yar’Adua, when we also enjoyed relatively high prices with a peak of $147/barrel and hit a rock-bottom of $31/barrel, reserves went as high as $62 billion — the highest in our history — while the ECA component surpassed $20 billion. Oil production averaged 2.2mbpd. But exchange rate moved from N125/$ to N146/$ as the CBN tried to manage our reserves in the midst of a major global economic crisis in 2008/09. I remember CBN Governor Sanusi Lamido Sanusi warning currency speculators they would get their fingers burnt because he was ready to defend the naira. Reserves eventually dropped to $42.38 billion by December 2009 and $32.34 billion by December 2010.

For the first time since 2014, oil hit $100 at the commencement of the Russian attacks against Ukraine last week. Given our 2022 budget benchmark of $62, we should be saving about $38 per barrel. We should be smiling to the bank. Our foreign reserves, oil revenue and ECA should be gaining weight. We are in pains instead.

Why are things this desperate? The shortest answer is that we are not producing enough oil to take advantage of the high prices. Price is high but quantity is low. Since Buhari came to office in 2015, we have consistently been averaging less than 2mbpd. There was even a time we were doing less than 1m barrels/day because of attacks by the Niger Delta Avengers — at a time prices were also low. That is what Fela the legend would call “double wahala for dead body”. Our OPEC quota — intended to shore up oil prices — is currently 1.683mbpd but we did 1.46mbpd in January. The budget is based on a production of 1.88mbpd. Simple math: the budget is already in a peculiar mess.

But, again, that is nothing but a short answer. There are other issues — some induced under Buhari administration and others before him — which have combined to lace injury with insult. For one, even the 1.46mbpd we currently produce is not so much to our advantage. According to NNPC’s financial report for August 2021 (its latest), our share of production from June 2020 to July 2021 was a mere 28 per cent of the total 682.55 million barrels. That came to 129,981,717 barrels for the 12 months. By contrast, we used to get about 40 per cent share when production levels were close to one billion barrels in a year, out of which we had for export and domestic allocation. Do the math.

It gets more interesting as NNPC uses the domestic allocation to import petrol under the direct sale direct purchase (DSDP) scheme. DSDP is the sophisticated name for trade by barter: please give me petroleum products worth $1 billion in exchange for crude oil worth $1 billion. We do this through third parties. It’s like exchanging tubers of yams for wraps of pounded yam. The immediate benefit is that DSDP guarantees steady supply of products — fair enough, since our refineries are not working and will never work, no matter the sweet-coated promises made by every government since 1999. But it has also left too much in the hands of NNPC and abuse is inevitable. I will explain myself later.

But the story even gets worse. Unable to build our reserves as a result of our low share of production despite high oil prices, we have fallen head over heels for petrol subsidy. It is expected to gulp N3 trillion this year alone. In a country that is spending most of its revenue on debt service, where government is borrowing massively to finance its budget, where many states cannot pay salaries, we spent N210 billion on petrol subsidy in January 2022. Because of this huge bill, NNPC remitted zero revenue from domestic crude to the federation account. All went into subsidy. NNPC had also deducted N270 billion in December 2021 for subsidy. We will buy sense one day.

Let me summarise what we have discussed so far. One, despite high oil prices, we are not smiling because our export is low as a result of low oil production. We cannot even meet our OPEC quota. Two, our share of current production is miserable. Three, NNPC takes the bulk of Nigeria’s share to exchange for petroleum products with foreign refineries via third parties under DSDP. That means we cannot earn substantial forex income from federation export. Four, domestic allocation is used to subsidise petrol. As a result, revenue to federation account cannot grow. NNPC sometimes remits zero kobo, blaming subsidy, pipeline repairs, crude theft and such like. Abuse is inherent.

A very critical question in all of this is: why is our daily production so low? Investment in the upstream sector has been falling over the years for various reasons, one of which was the uncertainty around government policy. We dilly-dallied over the petroleum industry bill for so long no rational investor would come and pour billions into a sector they were not sure of the laws they would be operating under. We are now reaping the consequences of this underinvestment. Our policy makers never seem to care about the consequences of their indecision. We toyed with the PIB for too long. We were playing draughts and Candy Crush while investors were waiting for us.

Buhari eventually signed the PIB into law — and I commend him for this as well as for the Deep Offshore and Inland Basin Production Sharing Contract (DOIBPSC) which, combined, should bring about a better operating environment for the oil industry. But he also suspended one of the most critical aspects of PIA — liberalisation of the downstream sector — because he wants to cater for our beloved petrol subsidy. The suspension has consequences. If you were an investor, would you not think twice? Nobody invests in a country for God’s sake. We are currently reaping the rewards of our cumulative inaction and indecision. We will pay heavily for this suspension as well. It is not a curse.

Finally, why is Nigeria’s share of oil production this low? The joint ventures (JVs) with the oil majors, in which we have 55 per cent, used to give us the biggest share — from which we exported and earned cool billions of dollars. But the oil companies have restrategised. They are moving offshore, utilising the more fiscally rewarding production sharing contracts (PSCs). Until now, PSCs did not yield much royalty. Most production attracted zero royalty owing to the thresholds. The law has now been amended. The “profit oil”, which is Nigeria’s share from PSCs, is usually small in the scheme of things. The contractor takes most of the profit, having brought both the finance and the expertise.

Lest I forget, there is also the little matter of crude oil theft. From what I am hearing, we may be experiencing the highest level of theft in history. The perverse joint venture between the security agencies and the politicians, operated by militants, is even more profitable now that crude oil prices are high. The international oil companies are comfortable moving further offshore because they are safer and more secure there and lose virtually no barrel of crude. In summary, we can easily explain why we are unable to meet OPEC quota: it is a combination of crude oil theft, poor funding of JVs and the high cost of restarting shut production. The chickens have finally come home to roost.

Well, if you thought Nigeria had problems under Jonathan, we were just warming up. A lot has gone wrong in the areas of policy and politics in the last few years that only a miracle of Lazarus-come-forth proportions can restore Nigeria to the oil fortunes of the Obasanjo-Yar’Adua era. At this rate, we should not expect to return to production levels of 2.5mbpd, or genuine foreign reserves of $60 billion, or ECA flowing with over $20 billion. High oil prices will not put a lasting smile on our faces. The subsidy bill will continue to mount. The three tiers of government will keep having less revenue to share at FAAC as NNPC keeps deducting “under recovery”. We are on a long, rough journey.