Tinubu, Dogara And The Prison And Poison Of Religious Politics- By Farooq A. Kperogi 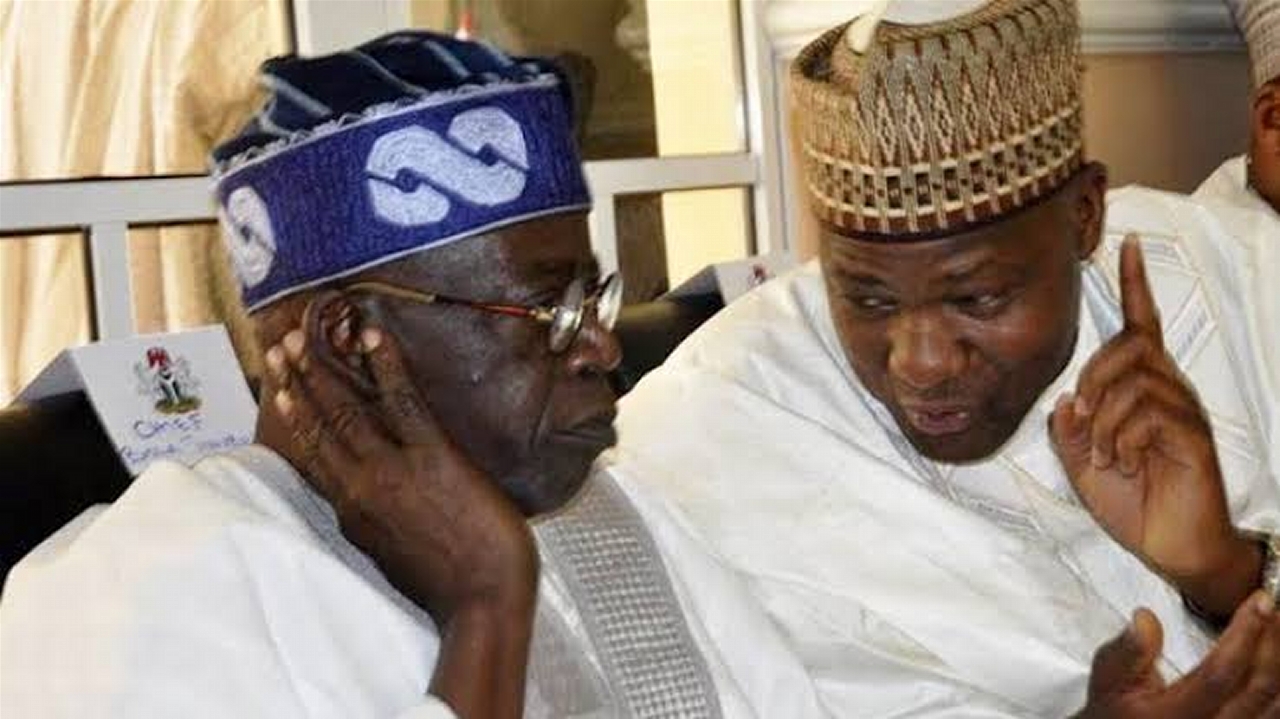 The two most disadvantaged groups in Nigeria’s representational politics are northern Christians and Southern Muslims. In Nigeria’s internal geopolitics, these two groups are structurally invisible, politically subjugated, and told to be content with their political and symbolic marginality.

Bola Ahmed Tinubu, a Muslim from Osun/Lagos states, and Yakubu Dogara, a northern Christian from Bauchi State, embody this phenomenon eloquently. When Tinubu kick-started his run for the presidency in 2020, he settled on Yakubu Dogara to be his running mate to balance his ticket. It was one of the reasons Dogara defected from PDP to APC in July 2020.

Now, Dogara has been left in the lurch. It’s now certain that should Tinubu get the ticket to run for president (either in APC or another party), his running mate will be a northern Muslim.

This re-echoes the late MKO Abiola’s dilemma in the early 1990s. Being Muslim, Abiola thought it would make political and representational sense to pick a northern Christian as his running mate, so he considered the late Pascal Bafyau, a northern Christian from Adamawa Sate. His northern Muslim backers, however, kicked against it, which compelled him to choose Babagana Kingibe.

On the other hand, an emerging tenor in the opposition to Tinubu’s presidential aspiration in Yoruba land is that, as a Muslim, he can’t succeed Buhari, another Muslim. For example, the National President of the Pentecostal Fellowship of Nigeria, Bishop Francis Wale Oke, said, “We do not want another Muslim president come 2023. We don’t want it. It is not right. A Muslim president has governed for 8 years.”

The President of the Christian Association of Nigeria (CAN), the Rev. Samson Olasupo Ayokunle, also said on February 27, during a sermon indicatively titled “Defeating Your Enemies Through the Power of Unity,” that Christians would band together to ensure that the next Nigerian president isn’t another Muslim but a Christian.

For instance, in a news release signed by Alhaji Ishaq Kunle Sanni and Alhaji Murisiku Abidemi Siyanbade on behalf of the Muslim Community of Oyo State, Yoruba Muslims pointed out that “Since Nigeria got independence in 1960, no Southern Muslim has ever occupied the number one position in Nigeria, not even number two.”

So, in spite of evidently false, self-serving claims that religion is immaterial in Yoruba land, which I have exploded in previous columns to the irritation of escapists who are invested in the narrative, Yoruba Muslims are being told, just like Christians in the North, that they cannot represent their region because of their religion.

If religion doesn’t matter in Yoruba land, why is there such an overpowering groundswell of opposition from Yoruba Christian leaders to the prospect of a Yoruba Muslim president?

A Facebook friend by the name of Foluke “Kested” Martins, who is apparently a Yoruba Christian, said the quiet part out loud on Facebook on March 3 when she wrote: “An average Yoruba Muslim is Tinubu’s supporter. Are you still wondering why they dislike [Osinbajo]?”

Her comment generated more than 200 frenzied reactions from both Yoruba Muslims and Yoruba Christians and caused me to reassess many of my assumptions. Although I am a Muslim with close associations with Yoruba Muslims through my late wife and through my natal geographic location, I oppose Tinubu’s presidential aspiration. I think he is too crooked, too sick, too much like Buhari, and too immersed in the kind of politics that ensures that Nigeria is perpetually broken to be president.

But I also oppose Yemi Osinbajo not because he isn’t a Muslim but because he is a naïve, narrowminded, culturally incompetent Pentecostal theocratic bigot who would, as a senior Christian Yoruba professor told me recently, “create greater instability as president” than Buhari has. He added that “The Sharia folks will confront [Osinbajo’s] Christian fundamentalism with more violence,” which would precipitate disabling communal upheavals.

I hadn’t thought of the support for or opposition to Tinubu and Osinbajo in Yoruba land as inspired by religious solidarity because I couldn’t establish that pattern from my own observations. I have seen zealous Tinubu supporters who are Christians and passionate advocates for Osinbajo who are Muslims. But the Facebook post talked only about “an average,” not absolute numbers.

Similarly, in the South, particularly in the Southwest where Muslims have historically enjoined numerical dominion but symbolic marginality from colonial times to now, being Muslim is a disqualifying attribute to represent the region. Pastors can rise to any political positions, but visibly observant Muslims, however moderate they might be, are invariably defamed as “fundamentalists” and consigned to the fringes.

The relegation of Yoruba Muslims to the backburner without loud complaints from them or political consequences for their subordination is routinely invoked in Yoruba land as evidence of the “religious harmony” in the region.

A Yoruba Christian who angrily reacted to my previous columns on the bigotry against Yoruba Muslims and who accused me of “inciting” Yoruba Muslims (as if they are automatons with no agency!) boasted that in the Second Republic, Muslims had only one governor (i.e., Alhaji Lateef Jakande of Lagos) in the whole of Yoruba land and that “they didn’t complain”!

The lack of self-awareness this betrays is staggering. First, it isn’t true that Yoruba Muslims didn’t complain. They did. A December 24, 1980, Nigerian Herald cover story, for instance, captures one strand of Yoruba Muslim complaints. “Discrimination, favouritism, cheating: OYO MUSLIM YOUTHS CRIES OUT,” it screamed. Second, why was the reverse not true to demonstrate the immateriality of religion in the region?

Of course, this is true of the North, too. A northern Christian pastor can’t even dream of aspiring to national political office not only because the region’s identity has been religionized by the symbolic majority there, but also because pastors in politics would be seen as disruptors of the boundaries set for them.

“Good” northern Christians are those who subordinate their religious identity, and “good” southern, specifically Yoruba, Muslims are those who hide or de-emphasize their Islamic identity. Even at that, they can’t represent their regions because they are seen as anomalies that are only being tolerated.

That’s a needlessly self-created political prison that we must break. Symbolic representation of groups in positions of power is emotionally liberating for several people. A Yohanna Audu or an Esther Ladi Jatau as president or vice president would do enormous good for the self-esteem and sense of belonging of millions of northern Christians who may not share the same ethnic identity as him or her.

A Lamidi Adeboye or a Kudirat Otunla as president or vice president would assure southern Muslims that they also matter. This isn’t a means to an end; it’s an end in itself. Emotions are just valid as material wellbeing.

There is no justification for any demographic group in the country to be condemned to marginality in perpetuity, to be permanently locked out of the highest office in the land because of the accidents of the faiths they’re born into or that they choose to practice.