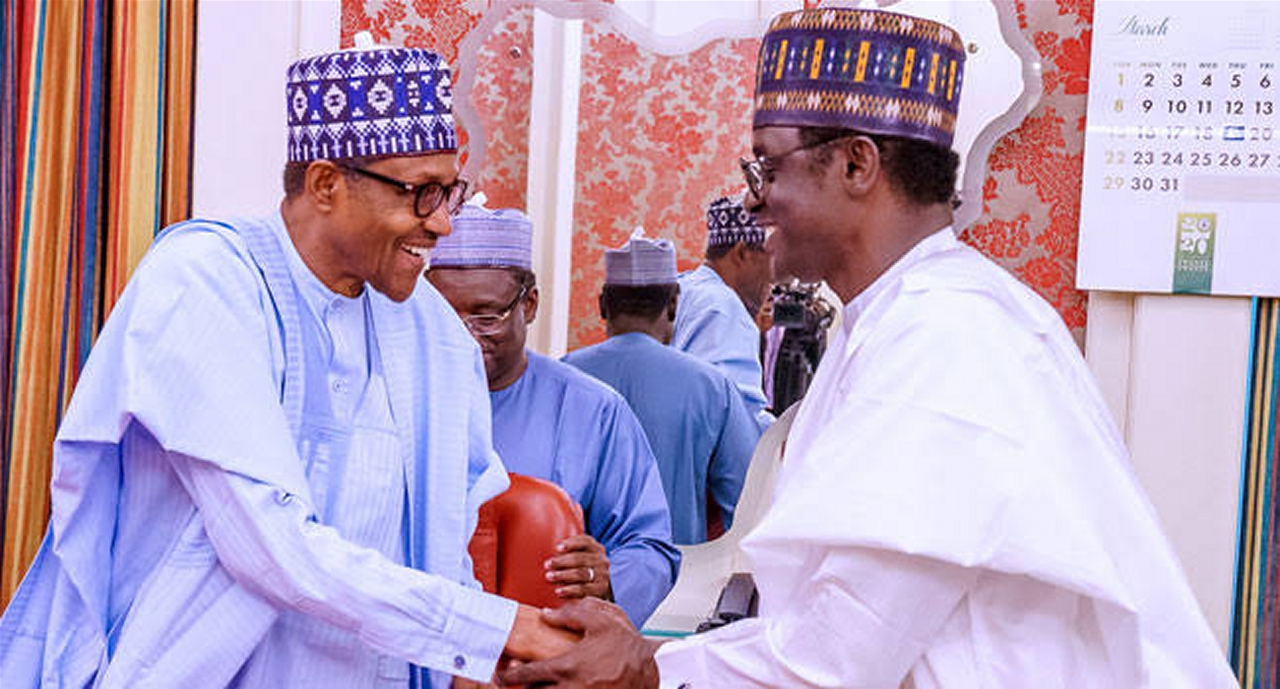 Speaking at the APC CECPC meeting at the State House, the President said the fortunes of the party had been brightened by the re-organisation and reconciliation of members across the party, saying “with the work done by the committee the party has bounced back to life.’’

“I have listened with great interest the remarkable job you have done so far,’’ he said. “We are all witnesses to the crisis that engulfed the party leading to litigations and presented a picture of selfishness and division.’’

President Buhari said the party structure was disturbed by the conflicts that preceded and followed various elections, noting that the secretariat had been witnessing a beehive of peaceful activities after the reconciliation.

The President told members of the committee that they will continue to enjoy the support of all party stalwarts and members to complete their assignment with the actualisation of the convention and leave an “indelible footprint’’.

“We want to leave behind a legacy of transparency and fairness, which the party needs to survive,’’ he added.

In his remarks, the Chairman of the CECPC said the committee approached the duty with commitment and dedication to rescue the party from imminent collapse.

The Yobe State Governor noted that all issues and members were given a fair hearing, and an open door policy was created to accommodate all those that were aggrieved, leading to withdrawal of cases in court and peaceful settlements.

“We are currently witnessing high powered decamping to our party, including governors from the PDP.

“The party is now more peaceful, orderly and accommodating than what we met on the ground. Although there was initial fear, the mobilisation and sensitization was able to allay the fears of members,’’ Buni said.

The Yobe State governor said the registration and revalidation of members across the country recorded more than 40 million members, and an appeal committee was also set up to hear all matters related to the process so that no member gets disenfranchised.

He said a Contact and Strategy Team had been set up in every state to come up with an acceptable template that would ensure transparency, credibility and acceptability of the internal electoral processes.

Buni also said the committee had instituted a process to review the party’s constitution and look into loopholes that usually fan conflict and litigations among members, with more than 500 memoranda already received.

The CECPC Chairman told the President and other party members that 14 party members had indicated their interest to contest for the Anambra State elections, assuring that the primary elections will be free, fair and transparent.

The Yobe State governor said huge legal fees were inherited, and the committee had worked with members to settle all the outstanding, after scaling them down, noting that payment for the APC National Secretariat had been completed.

“The party members have agreed to name the secretariat, Muhammadu Buhari House,’’ he added.

While thanking the President for his support and insight, Buni noted that a National Conference for the Youths was organized recently as part of the bottom-up approach to strengthening the party and ensuring relevance of all stakeholders.