Nigeria Has To Have World’s Worst Electricity Crisis-By Farooq A. Kperogi 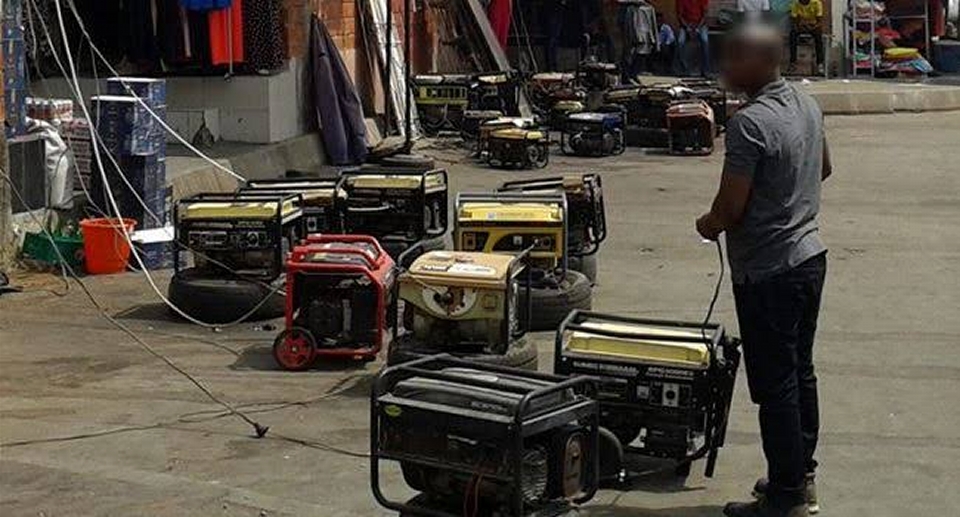 This week, Nigeria’s power grid collapsed twice in the space of 48 hours. Similar experiences were reported in February, May, July, and August of 2021, according to TheCable, which also disclosed that Nigeria has had “206 collapses between 2010 and 2019.”

I’m not sure there’s any modern country on earth where electricity is as precarious, as insufficient, and as unreliable as it is in Nigeria.

I came to terms with this when, in July 2009, I visited my mother’s maternal relatives in the city of Parakou, the capital of Borgou State (or Department), in Benin Republic during my summer break. Throughout the one week I stayed in Parakou, Benin Republic’s third largest city with a little over a quarter of a million people, electricity didn’t blink for even a split second.

Except for the distinctive sights, sounds, and smells of the city, it felt like I was still in the United States. Even my then 5-year-old daughter, who is now almost 18, couldn’t help but notice the dramatic difference between the electricity situations in Nigeria and Benin Republic. “Daddy, there hasn’t been any blackout since we’ve been here,” she said.

Her observation wasn’t surprising in retrospect because Nigeria’s notoriously unstable and unpredictable electricity has always been a sticky point for her even at that age. In 2010, for instance, when former Union Bank Corporate Affairs Manager Alhaji Kabir Dangogo visited me in Atlanta, we took a road trip to an Atlanta suburb, which caused my daughter to wonder aloud where we were going.

Alhaji Kabiru joked that we were going to Nigeria. He didn’t prepare for the tumult he triggered. My 6-year-old daughter’s impressionable mind believed the joke and wailed uncontrollably at the top of her voice. Her screaming agony stopped only after I assured her that Alhaji Kabiru was just kidding.

When she calmed down, Alhaji Kabiru asked her why she didn’t want to go back to Nigeria. “Because there’s always blackouts there!” We exchanged gloomy, knowing looks, and lamented that Nigeria’s power problem was so overwhelming that it was the only thing that endured in a 6-year-old girl’s memories of the country, which continued to torment her up until that time.

Anyway, back to Parakou. To be sure that the impressively continuous electricity we enjoyed wasn’t a fluke, I asked my mother’s first cousin (that would be my “first cousin once removed” in Standard English and my “uncle” in Nigerian English) in whose house we stayed to tell me the last time they lost power in the city or in the neighborhood.

He started to jog his memory and even enlisted the help of his wife because he thought I needed to know the exact day for record purposes. My mother had told him that I was a journalist. I told him not to bother, but I learned from him that although power outages occur, often for maintenance, they are infrequent, relatively brief, and often announced ahead of time in the broadcast media.

This is particularly interesting because Benin Republic buys most of its electricity from Nigeria, although my cousin said that wasn’t true of Parakou.

Almost every Nigerian I’ve known who has traveled outside Nigeria shares the same experience as mine. A former colleague of mine at the Presidential Villa in Abuja who traveled to a “Third World” country in Asia for weeks returned and said he didn’t witness power outage for a second throughout his stay in the country, which caused him to insist that if that country was a “Third World” country, Nigeria must be a “10th World” country.

And that leads me to the question: why has it been impossible to power Nigeria? Why does every other country on earth seem to be doing better than Nigeria in electricity generation? I think it’s because we have never had anyone with a clue to manage Nigeria’s power sector. Let’s look at the ministers of power we’ve had since 1999.

In 1999, the late Chief Bola Ige, who became the minister of power, promised to “turn stone to bread.” He was deploying a biblical metaphor to imply that he would make the seemingly impossible possible. Well, he didn’t have a stone to start with, so there was no bread. His legacy was darkness.

On November 28, 2012, the then Minister of State for Power, Hajiya Zainab Kuchi, told South African investors that “evil spirits” were to blame for Nigeria’s interminable electricity troubles. “We must resolve to jointly exorcise the evil spirit behind this darkness and allow this nation take its pride of peace [sic] in the comity of nations [sic],” she said.

About two months later, her metaphysical explanation for Nigeria’s electricity difficulties got a professorial endorsement when, on January 23, 2013, Chinedu Nebo, a professor of engineering and former university Vice Chancellor, told the Nigerian senate that power outages were caused by “witches and demons” and that “If the President deploys me in the power sector, I believe that given my performance at the University of Nigeria, Nsukka, where I drove out the witches and demons, God will also give me the power to drive out the demons in the power sector.”

He got the job. But neither he nor Kuchi were able to exorcise the “evil spirits,” “demons,” and “witches” that they believed sucked the megawatts out of Nigeria’s power plants. Their legacy was more darkness.

Then on July 11, 2014, Babatunde Fashola said Nigeria’s electricity problems were political, even electoral. “The only way you and I will have electricity in this country,” he said, “is to vote out the PDP.”

Again, at the 7th Annual Bola Tinubu Colloquium on March 25, 2015, Fashola blamed “amateurs” for Nigeria’s power generation problems. He infamously said, “Power generation is not rocket science; it is just a generator. So just remember and imagine that your ‘I-better-pass-my-neighbour’ in one million times—its capacity but in one place. So, if you can make that size of one kilowatt, you can make a power turbine of one thousand megawatts…

“So, with all the billions of dollars that have been spent, the story is that we still live in darkness. Our government lies about it, but it is not because power is impossible. But to tell you very confidently that we do not have power because power is difficult to generate; we have darkness because we have incompetent people managing our economy. As one of my friends fondly calls them, our economy is being managed by amateurs.”

He was appointed the minister in charge of power a few months after this overconfident political diagnosis of Nigeria’s unending electricity woes. Within a few months of being in power, disappointed Nigerians nicknamed him the “minister of darkness,” and Buhari didn’t reappoint him to the ministry for a second term.

So, from 1999, we went from treating our electricity problem as one that could be resolved through Ige’s poetic and theological flourishes to thinking Nebo’s and Kuchi’s metaphysical delusions provided the keys to unlocking it, to imagining that Fashola’s two-bit, evidence-free, exaggeratedly partisan outbursts were any good.

This is especially tragic because everyone knows that electricity is the driving force of technology and innovation, not to mention basic creative comforts. Any country that can’t fix its electricity can’t participate in the increasingly digital economy of the 21st century and will be stuck in perpetual developmental babyhood.

Yet, in spite of the drag that poor electricity exerts on creativity and innovation, Nigeria’s youth have been some of the world’s most high-flying digital creators and drivers. Imagine what Nigeria would be if it had a leadership that cared and knew how to fix its electricity crisis.