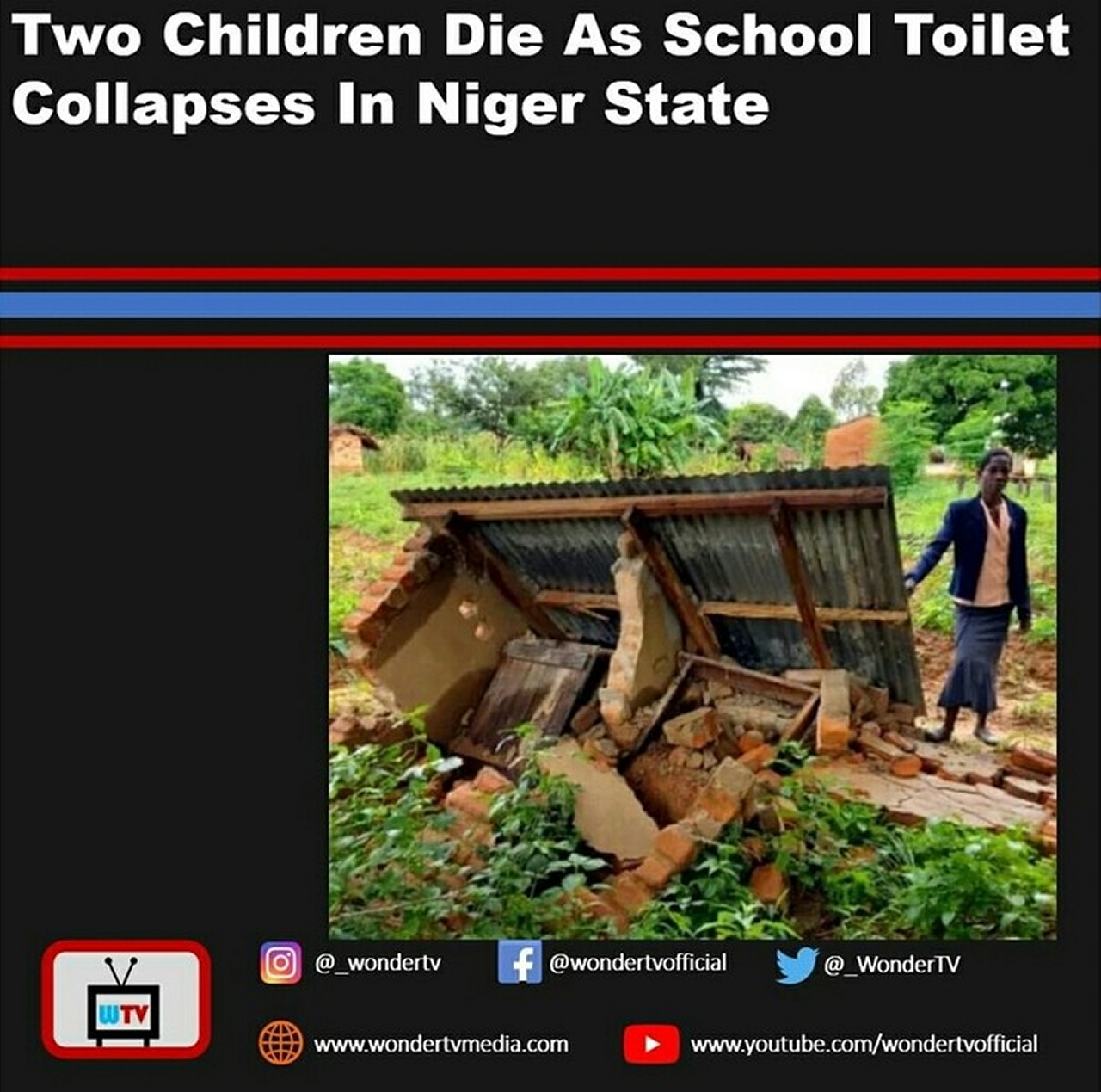 Tragedy struck in Niger state, North Central Nigeria as two children were confirmed dead following the collapse of a toilet.

According to a report, it is unclear what the children were doing around the building that was said to be weak.

Some eyewitnesses claimed that the children, a boy and a girl, were hawking sachet water with their colleagues around the school when the building collapsed on them, killing them on the spot.

Others said they were scavenging for scraps when the toilet collapsed.