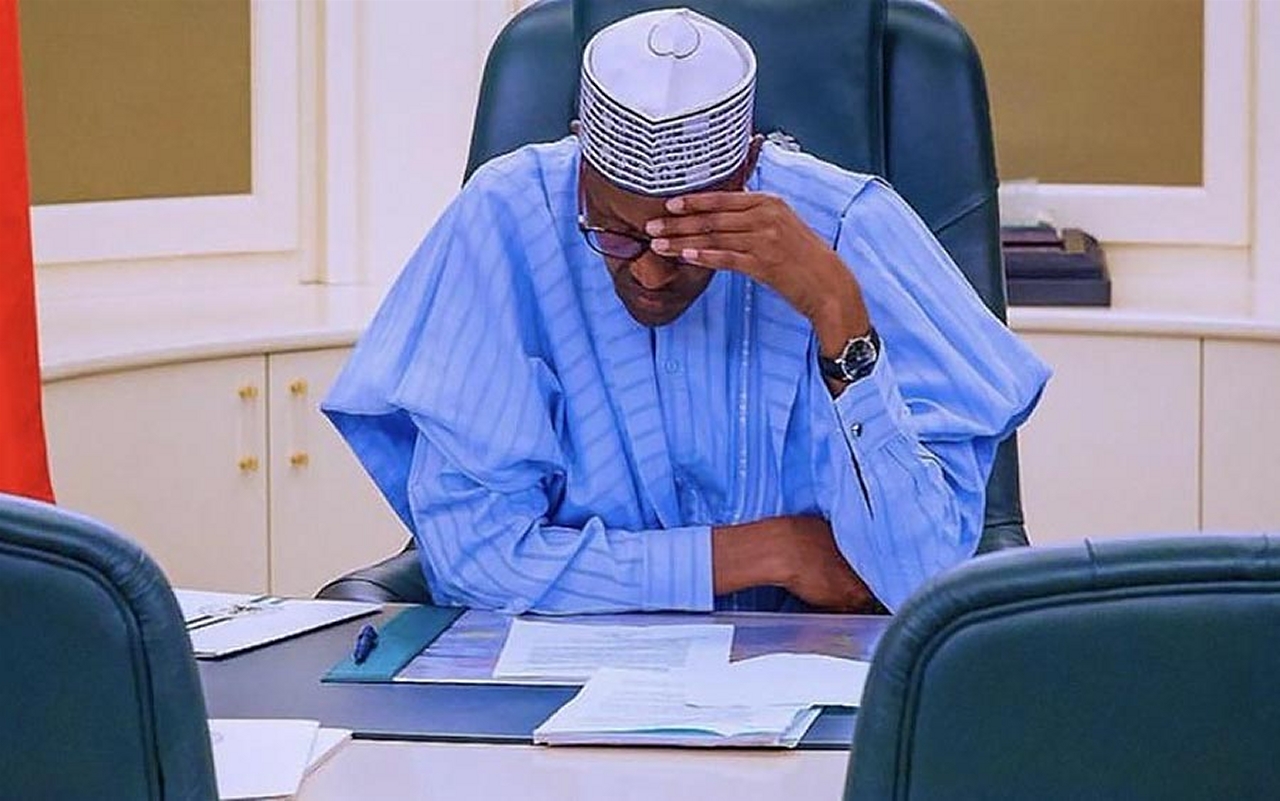 Erstwhile Afghan president, Ashraf Ghani, fled the capital, Kabul, on 15th August, 2021. Sri Lankan president, Gotabaya Rajapasa, fled the country on 12 July, 2022 on a military aircraft. With Boko Haram, ISWAP, bandits and other terrorists literally swirling over Abuja and running rings round it, tongues are beginning to wag! I overheard someone ask cynically: When will Buhari flee Abuja? Not to worry – and in case you didn’t hear him – the president, obviously tired to his bones and soaked to his pants – has said he is eager to “flee” when his tenure ends on May 29, 2023 – and be free as a bird!

Remember that rhyme: “If I have a wing like a dove/I will fly, fly away/Oh by the mountain/Oh by the sea/My Lord is waiting for me”! Aisha is eagerly and anxiously waiting for Buhari in the “ozer room”!

But Buhari and Aisha are not the only ones eagerly waiting to exit Nigeria and its wahala; Nigerians themselves are so eager and anxious to see the back of Buhari and the problems he has inflicted on the country that the exit date, May 29, 2023, seems like eternity!

Growing up and sitting by Grandma’s feet to listen with rapt attention to tales by the moonlight, one of such fables was that of powerful “juju” men and women using what is called “ka’nako” (literally interpreted, it means to mystically shorten a journey) to reduce a 100-kilometre distance to a mere five kilometres or even less. These are the times we need such extraordinary powers to reduce the road to May 29, 2023, which is still some eleven months away, to just 11 days or even hours!

The erstwhile Afghan president was quoted as saying that when he woke upon the fateful morning that he had to flee, he had no “inkling” it would be his last day not only in office but also in his dear country, Afghanistan. He woke up as president and First Citizen of his country but went to bed the same day as ex-President and fugitive in a foreign country!

From grace to grass. From the mountain top to the valley. May that not be our portion in the mighty name of Jesus!

Heckled by angry demonstrators who had become tired of the corruption, maladministration and destructive economic policies of a government that had pauperised the citizenry and made life hell on earth, Rajapaksa correctly read the handwriting on the wall and promised to resign on Wednesday, 13 July but had to hurriedly leave on a military aircraft a day earlier.

Usually, they get warned but wouldn’t take heed, like the Jamaican reggae artiste, Jimmy Cliff, crooned in his evergreen “House of Exile”.

It is the same way we now sound like broken record here, having warned and warned without their taking heed.

Like our people will say, rather than soften, the more your cook their coconut leaf, the harder it becomes.

Jimmy Cliff provides an answer: Even when they see it happen to others, they always reassure themselves that it will never happen to them.

Those whom the gods will destroy, they first make deaf! The hunter’s dog destined to perish on the hunting ground will not listen to the hunter’s whistle warning it to retreat.

Cliff says soon, however, they become like fish out of water when, as our people will say, water stops flowing behind their fish.

Every creature must obey this natural and God-ordained law: True in deeds as in words!

Did Cliff also have Nigeria in mind when he penned his other song “Hard Road to Travel… and a rough, rough way to go” in 1967?

Short Take Number Two: The president reportedly said none of his daughters would be married off until they have bagged their first university degree. That statement has two connotations, one of which is that none of his daughters is likely to be subject – and subjected – to be married off as a girl-child, with the attendant health hazards, destruction of childhood, the risk of VVF, lack of economic empowerment and condemnation to life-long poverty and penury. No physical, mental, economic, and psychological torture prevalent in the North as a result of forcing children into early marriages will be the lot of Buhari’s own children.

The second is that the president’s daughters will escape the scourge of mental retardation that is the lot of the vast majority of children of the poor in the North who are not allowed access to education in their formative years and whose cognitive ability and reasoning capacity are permanently damaged and they go through life as adult misfits incapable of taking objective decisions and making sound judgments and this impacts negatively on them as individuals and – this is the worst aspect – on society as a whole.

The president’s decision for his daughters is sound and logical and I have no quarrel with it. Generally in the South, especially in the South-west where I hail from, that is the norm.

But why is the Buhari mantra not enforced generally in the North? Why is girl-child marriage not criminalised and penalised? Why are children of school age not compulsorily sent to school and educated? Why is education only for the children of the powerful? Why is it only the children of the “talakawa” that are hauled into early marriages?

I am just thinking that what is good for the goose, as they say! The Yoruba say “Ori o j’ori”, meaning all heads are equal. Why is this not so with the Northern elites?

With Buhari’s policy on his daughters, it means that he knows the right thing to do for himself: Why not apply the same standard to the children of the less privileged? Is it not stated that you should do unto others…? Why procure a good life for your own children but close your eyes to the suffering and deprivation of other people’s children?

Again, the Yoruba say: “B’a se b’eru; l’a se b’omo”, meaning that both the slave and freeborn were given birth to in the same way.

The funds are there to send those out-of-school children to school but the leaders of the North are reluctant to do that. Each month they, like the other state governors, troop to Abuja with begging bowls to collect allocation; what, if I may ask, do they do with the money?

Yesterday’s out-of-school children are today’s recruits swelling the ranks of Boko Haram insurgents, bandits, herdsmen and jihadist terrorists ravaging the entire country; yet the leopard of Northern elites have bluntly refused to change its skin.

Today’s out-of-school children are the veritable tools from which the criminals will, in future, recruit foot soldiers at short notice, faster and in a quantum that the State itself will not be able to match: As the vicious cycle continues, tomorrow promises to be more calamitous than today.

Yet, the North’s leaders know the right thing to do but will only restrict it unto themselves and their children! They have the powers and the resources to make policies and take decisions that will address the problem head-on – but they will not.

They know what is good for their own children but deny the same to the children of others. Is that not the same selfishness and wickedness that inform the authorities closing down our universities since February because their own children school abroad where the school system runs uninterrupted, as opposed to here where it runs intermittently, in fits and jerks?

*Former Editor of PUNCH newspapers, Chairman of the Editorial Board and Deputy Editor-in-Chief, BOLAWOLE was also Managing Director/Editor-in-Chief of The Westerner newsmagazine. He writes the ON THE LORD’S DAY column in the Sunday Tribune and the TREASURES column in the New Telegraph newspaper. He is also a public affairs analyst on radio and television.