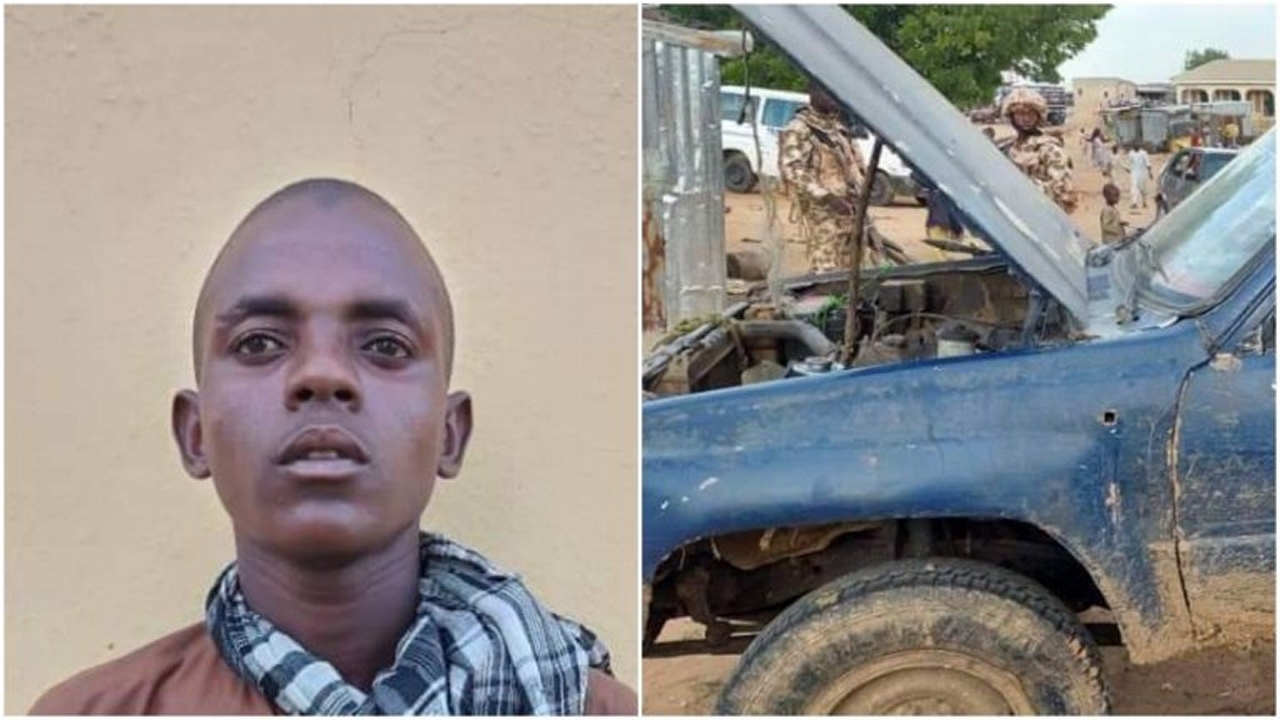 Nigerian Security Forces have arrested one Mahamet Alkori, alleged to be one of the most wanted logistics suppliers supplying food items to camps of ISWAP-Boko Haram in the Sambisa Forest, Borno State.

He was traced and arrested by the troops of the 154 Taskforce Battalion headed by Major Daniel Chiwar, the Acting Commander.

Alkori was nabbed while attempting to fix his pickup van in Sumi Village, a semi settlement in Kaga Local Government Area of Borno State.

An Intelligence Officer revealed that Alkori and other collaborators usually sneaked into town during market days in Mainok, Banishaik and Ngamdu to buy foodstuffs and other items to ISWAP terrorists.

The operative said: “Preliminary investigation revealed that the suspect was one of the major ISWAP logistic suppliers in the camps of Gorgi and Kafa. His father was arrested by the troops last year for the same crime.

The army has intensified operations to root out terrorists, their logistic suppliers and sympathisers in order to deny them freedom of action.

Over a dozen major terrorists’ logistics suppliers have been arrested this year alone within the Maiduguri-Damaturu road axis, while attempting to supply food items, fuel, drugs, recharge cards and other items to terrorists’ camps.

The suspect has been handed over to the Headquarters of Sector 2 Operation Hadin Kai for further investigation and profiling.