Many Injured As Explosion Hit Fuel Station In Onitsha 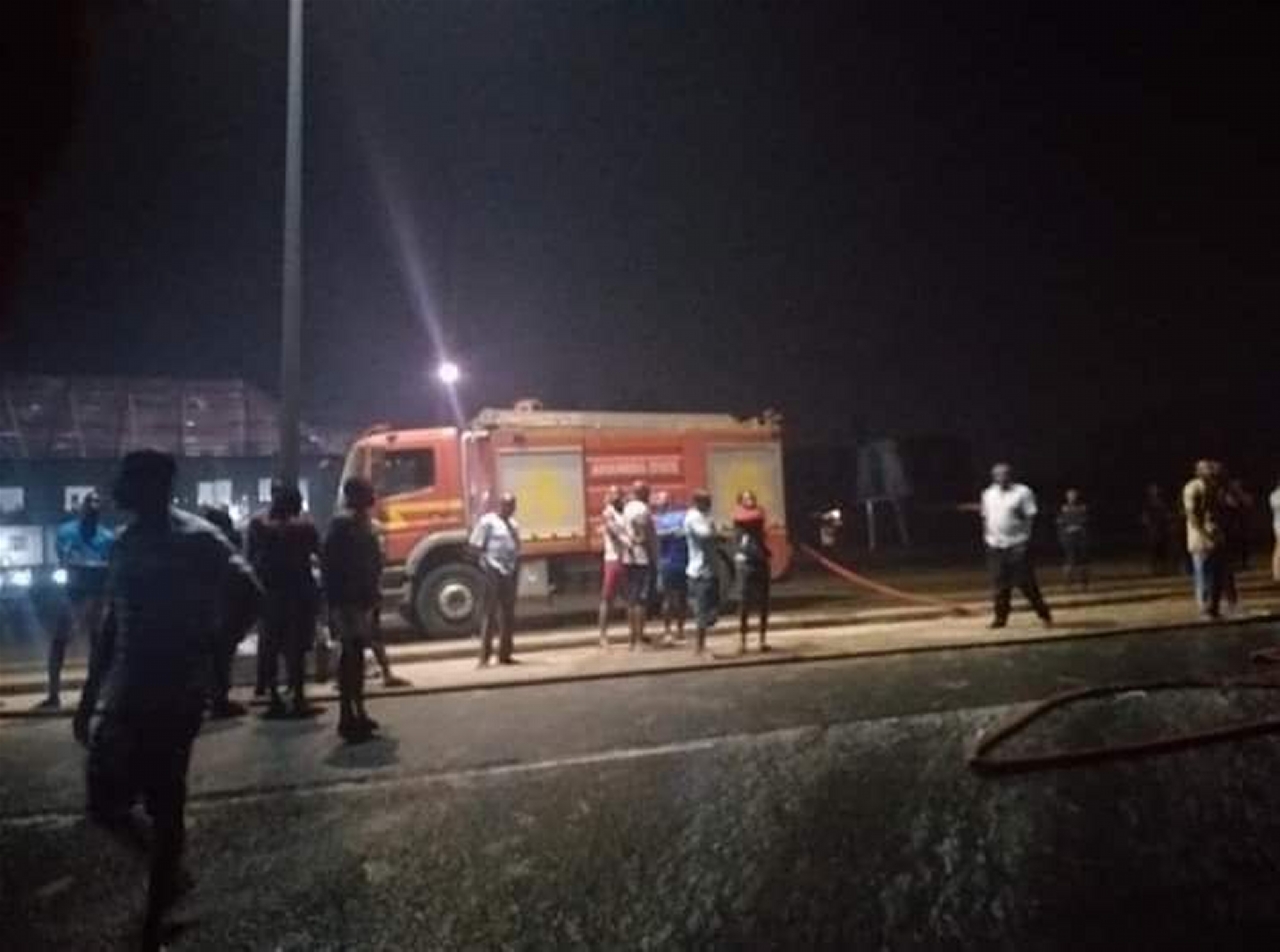 Many people have been feared injured after a gas station located around Akwa road in Onitsha, Anambra state, Southeast Nigeria exploded.

Eyewitness said the explosion which caused an earth shaking noise occurred around 7:30pm and a mechanic workshop sharing boundaries with the two affected filing stations was also consumed by the fire which ensued. Over 15 vehicles were said to have been burnt.

The number of casualties is still unknown at the time of this filling this report.

The fire service released a statement

At about 1930hours (7.30pm) of yesterday being Sunday 12th December 2021, we received a distress call of fire outbreak at one of the fueling station at Onitsha.

Immediately, our Firefighters and fire trucks were deployed to the fire incident scene to fight and extinguish the fire.

On getting to the fire scene, we found out that the fire was in Chris-Tee and Silver filling stations near Boromio roundabout, Onitsha.

At the fire scene were four (4) fire fighting trucks and Firefighters, and other sister agencies who were helping in the crowd and traffic control.

As at the time of this report, we are yet to ascertain the route cause of the fire outbreak as that can be determined after proper fire investigation. To the glory of God, no life was lost at the inferno. Although, about two tanker loaded with diesel and about 7 different cars were burnt during the inferno.

The Fire was fought to standstill with mixture of water and chemical foam compound. Our firemen and fire trucks are safe after fighting the fire.

According to information on ground, the fire started at CHRISTEE Gas plant and spread over to the two other near by SILVER Fuelling Stations and other places.

I want people to DISREGARD, that it was Delta State Fire Service that came to fight the fire at Onitsha. We must know that Delta Fire Service did not cross the boundary talk less of coming closer to the fire scene.

We must remember that fire prevention/fire safety management is everybody’s business while fire fighting remains for fire service especially when the fire has gotten out of control.

Finally, I want to reassure Ndi Anambra of our commitment to our duty of safeguarding the lives and properties of Ndi Anambra in terms of any fire outbreak.

FIRE KILLS BUT YOU CAN PREVENT IT.