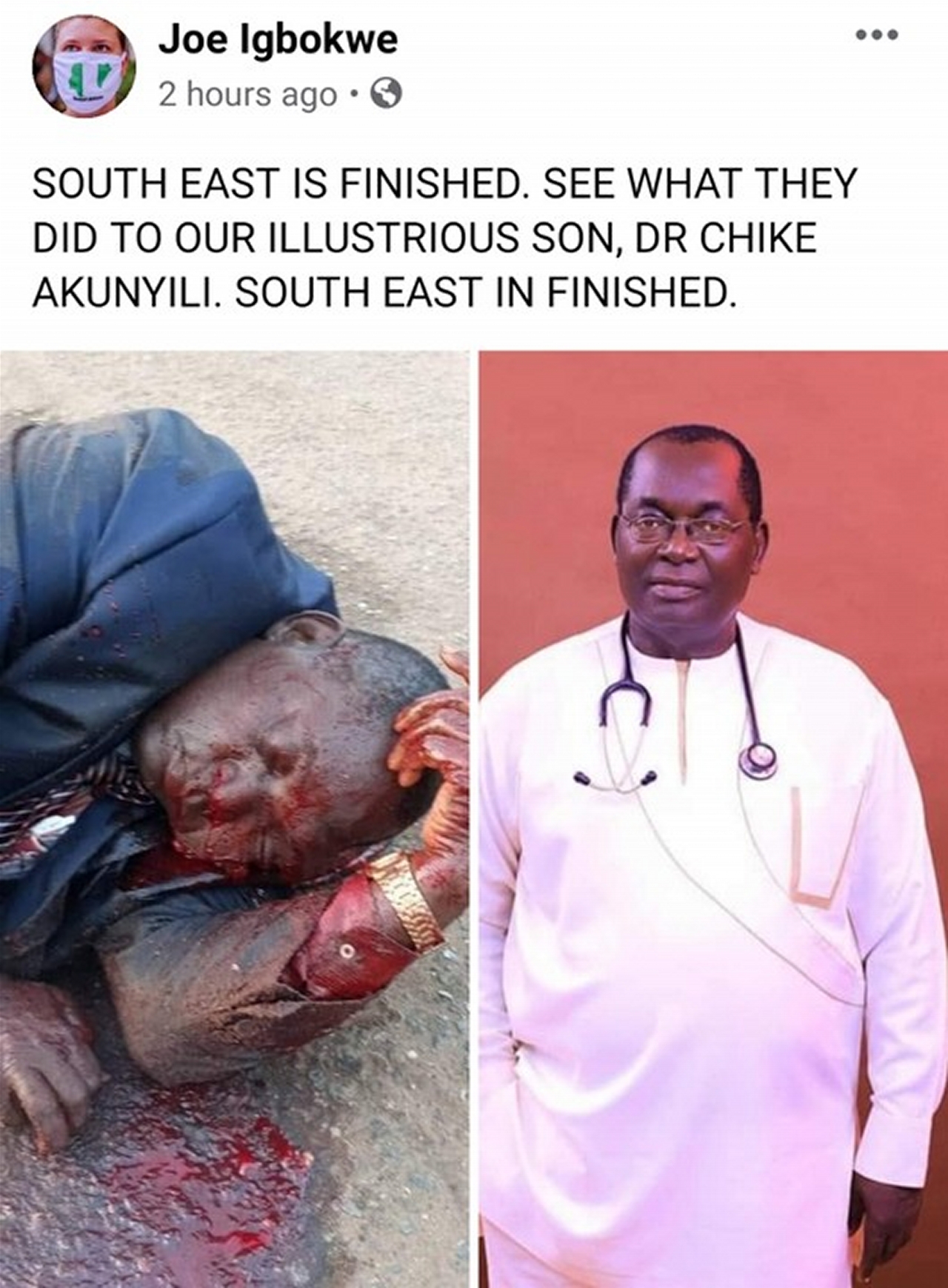 Nigeria’s Department of State Security Services, DSS has denied any involvement in the murder of Dr. Chike Akunyili, the husband of late NAFDAC DG, Dora Akunyili.

The secret police in a statement signed by its spokesman, Dr. Peter Afunanya, called on the general public to disregard such rumours.

The statement read in full; “The attention of the Department of State Services (DSS) has been drawn to an allegation that its operatives killed Dr. Chike Akunyili. Also, the Service was alerted to a social media video claiming that the “Nigerian DSS” murdered security escorts at Nkpor, Anambra State on 28th September, 2021.”

“The Service hereby denies these allegations and wishes to clearly state that they are spurious and illogical. There was no basis for the DSS to kill the Medical Doctor and/or fellow law enforcement agents. The Service cherishes life and believes in the rule of law.”

“The public should therefore be wary of the false narratives by those desirous of using it (the Service) to cover up their heinous acts. The operations of these hostile elements are already well known in the public space and to the discerning. Moreover, their desperate effort to divert attention or deploy reverse psychology to deceive unsuspecting members of the public has become a stock in trade that has defined their patterns and trends. It is a matter of time before the law will catch up with them.”

“Meanwhile, the Service and sister agencies will not relent in tracking down those behind the breakdown of law and order in parts of the country with a view to bringing them to justice.”