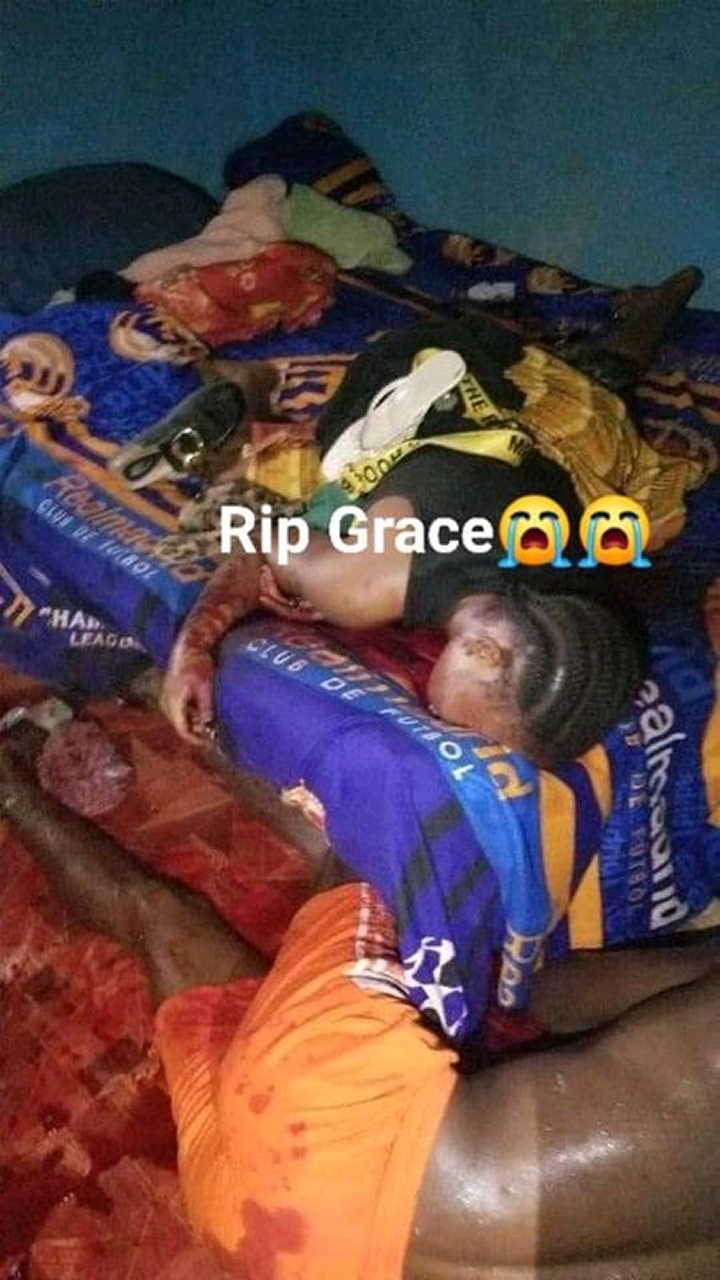 A Liberian man named Preston Dolo had allegedly killed his girlfriend, Grace Menlor before taking his own life.

An eyewitness account revealed that after Killing the young lady, Dolor killed himself by stabbing himself multiple times.

The eyewitnesses stated that the incident happened in the Early hours of Monday morning, April 11.

Although as of the time of this report, the reason for his alleged action was yet to be known,sources close to the late Grace and her boyfriend Preston said they have been in a relationship for over a year now.

Preston has been accusing the late Grace of having extra affairs. This led to him stabbing her multiple times on her neck, under her breast, and in her stomach.

A resident of the area said on Grace’s graduation day, she attended a club where she danced and slept with a man.

He further revealed that Preston left and went to seek a job in Arcelor Mittal, but came on the eve of the incident and broke the victim’s door, and slept there when she had@ad gone out.

The Liberia national Police said it has started an investigation into the incident to know what really happened.