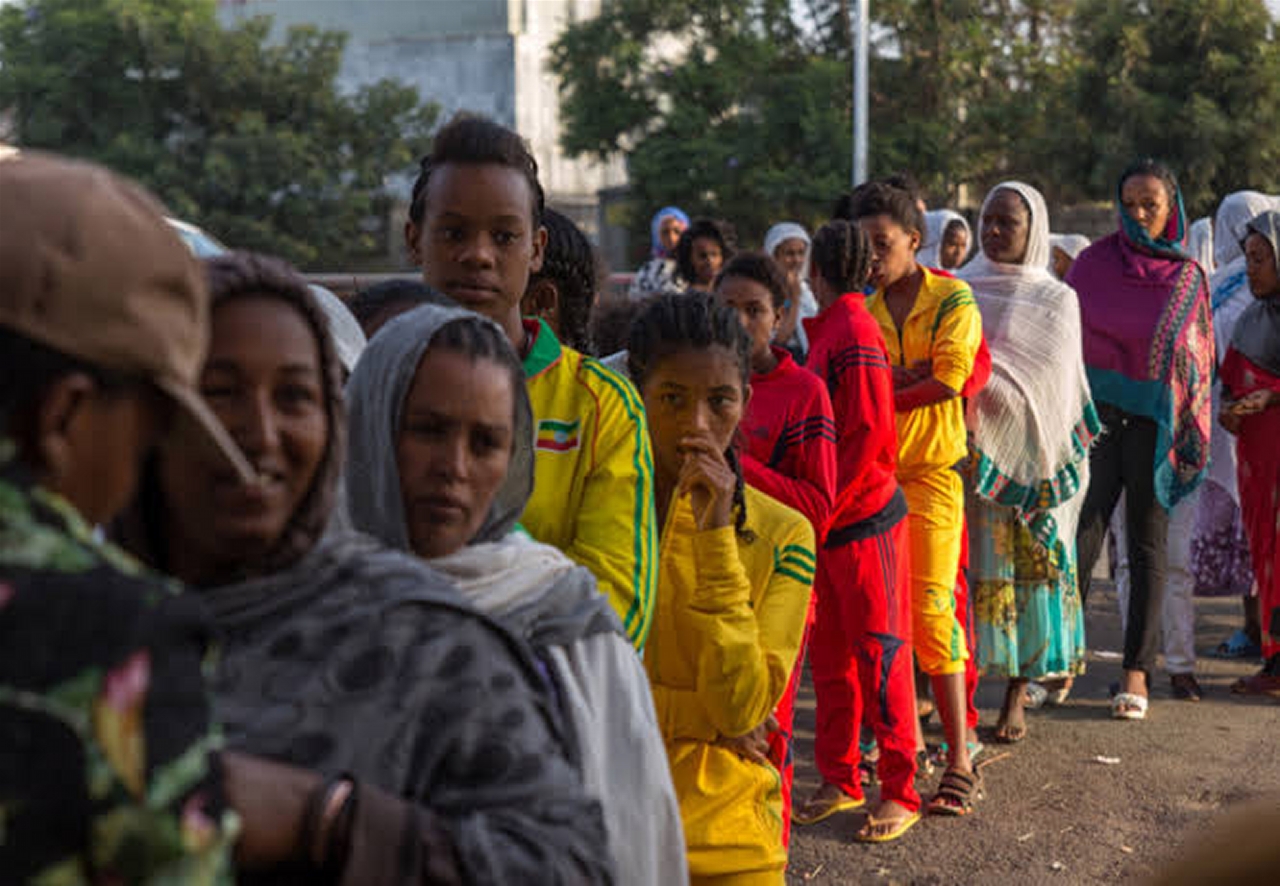 Ethiopia votes Monday in highly anticipated parliamentary elections as the country, Africa’s second-most populous is rocked by violence, particularly in the Tigray region.

When he came to power in 2018, which brought a wind of hope and unity to this Horn of Africa country with more than 80 ethnicities, Prime Minister Abiy Ahmed promised to hold the most democratic elections Ethiopia has ever seen.

Originally scheduled for August 2020, they were postponed twice, first because of the coronavirus pandemic and then because of logistical difficulties.

They will finally be held on Monday. Eager to establish his power on the basis of popular legitimacy, three years after being appointed to his post, Abiy urged the 37 million voters to participate in this “historic day”.

Abiy Ahmed, a young man with a reputation for openness, was appointed prime minister by the EPRDF coalition, which had been in power for almost 30 years at the time, seeking to quell a long-running popular protest against its authoritarianism and repressive nature.

In the capital Addis Ababa, banners of the opposition and Abiy’s Prosperity Party [formerly EPRDF] lined the streets and various political movements held final rallies on Wednesday, the last day of campaigning, scenes not common in previous elections.

Before Abiy’s arrival, “we would never have been able to do this,” said Ayenew Yehualaw on Wednesday during a noisy opposition march through Addis Ababa’s main square, watched from a distance by a small number of police.

No vote in some regions

Voters will not cast ballots in nearly one-fifth of the country’s 547 constituencies.

In 64 of these, voting has been postponed until September 6.

In some, voting has been postponed for security reasons, due to armed insurgencies and inter-communal violence that have escalated under Mr. Abiy’s tenure. In others, because of logistical difficulties (printing and distribution of ballots, lack of training for election workers, etc.).

As for the 38 constituencies in Tigray, where war has been raging for more than seven months, no election date has been set.

“The Prime Minister does not need to be the darling of the West, the East, the South or the North,” his spokesperson, Billene Seyoum, said this week. On June 21, the Ethiopian people will decide.”

Opposition parties in some regions are boycotting the election to protest the imprisonment of their leaders or to denounce a vote they consider unfair.

The elections are expected to give the Prosperity Party a comfortable majority in parliament, allowing Abiy to be elected prime minister.

“There will always be large doubts about the credibility of the process in the eyes of many Ethiopians as well as international observers,” said William Davison of the International Crisis Group (ICG).

Bethel Woldemichael, 37, a shopkeeper in Addis Ababa, will nevertheless go to the polls: “I hope that the elections will be calm, that they will not be rigged and that everything will go well in the country on June 21.

These elections will be closely watched by the West: the United States has expressed concern about the exclusion of so many voters from the process, and the European Union has decided not to send an observation mission because of a lack of guarantees from the government about its working conditions.

They will also be opposed by Ethiopia’s neighbors, led by Egypt and Sudan.

These two countries are opposed to the “Great Renaissance Dam”, a titanic hydroelectric project on the Blue Nile, a source of national pride in Ethiopia, where it is considered fundamental for the country’s energy autonomy and development.

Mr. Abiy has pledged to fill the dam, which has a total capacity of 74 billion cubic meters, much to the anger of Cairo and Khartoum, who see the GERD as a threat to their water supply.