Late TB Joshua's Wife Takes Over As Head Of Church 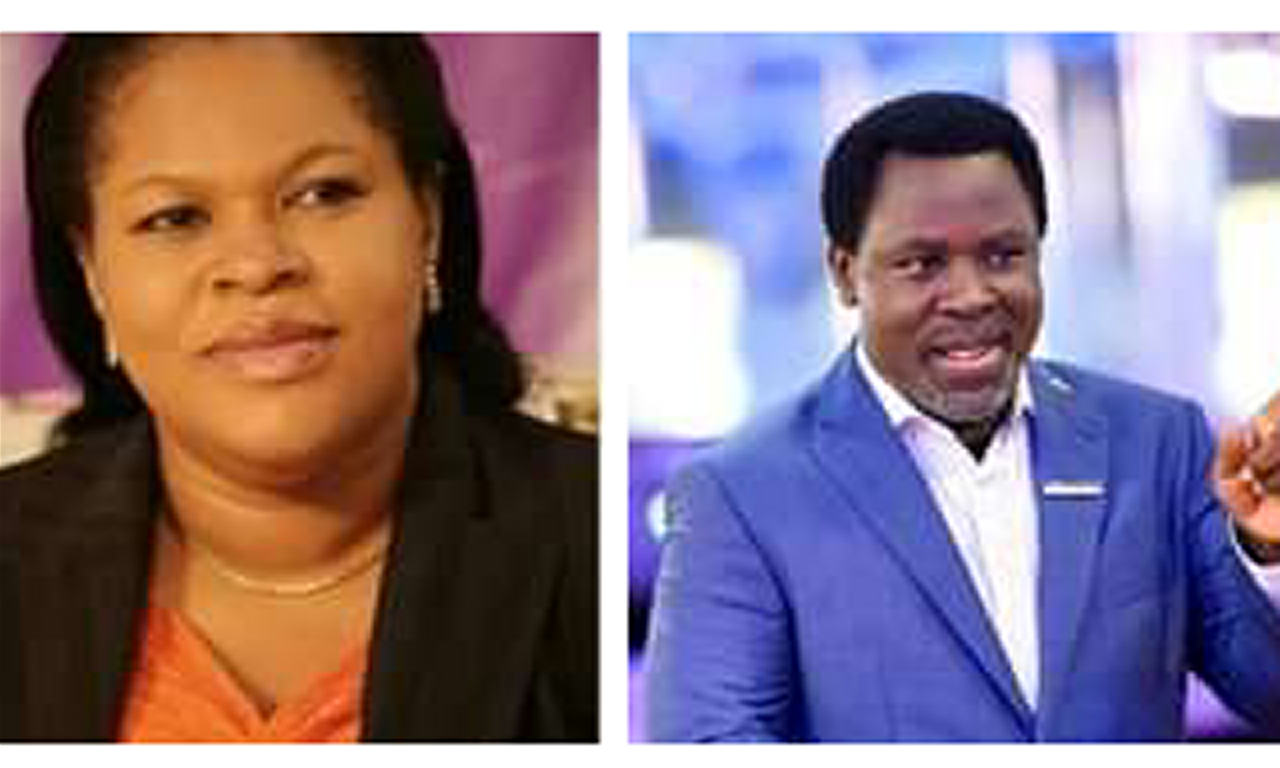 The wife of TB Joshua, Evelyn has been appointed as the new leader of Synagogue Church of All Nations (SCOAN).

After her husband’s death, SCOAN church elders met and appointed Evelyn as TB Joshua’s successor as there was no succession plan for the church.

Pastor TB Joshua died suddenly on June 5, 2021, at age 57. He was a Nigerian pastor and founder of the Synagogue Church of All Nations (SCOAN).

The charismatic preacher and televangelist was praised by his followers as a ” true man of God” and a philanthropist who fed the poor, gave electricity, educational scholarships, emergency relief, and employed young people in his football club.

TB Joshua founded his ministry in the year 1987. It became a household name in most African countries due to the live broadcasts of his church services.

His live broadcasts were viewed by millions of his congregants on Emmanuel TV and other online platforms.

He had more than five million followers on social media, with more than 15, 000 people patronizing his services weekly.

He also garnered for himself a great deal of criticism. His critics dismissed him as a ” fake prophet” and a proponent of the ” health and wealth” gospel which takes advantage of his followers trapped in poverty.

TB Joshua is set to be buried on July 9, on the premises of his church located in Lagos State. Reports had earlier emerged that The Synagogue is going to host a week-long church service from July 5 to 11  to honour Prophet TB Joshua’s life and legacy.