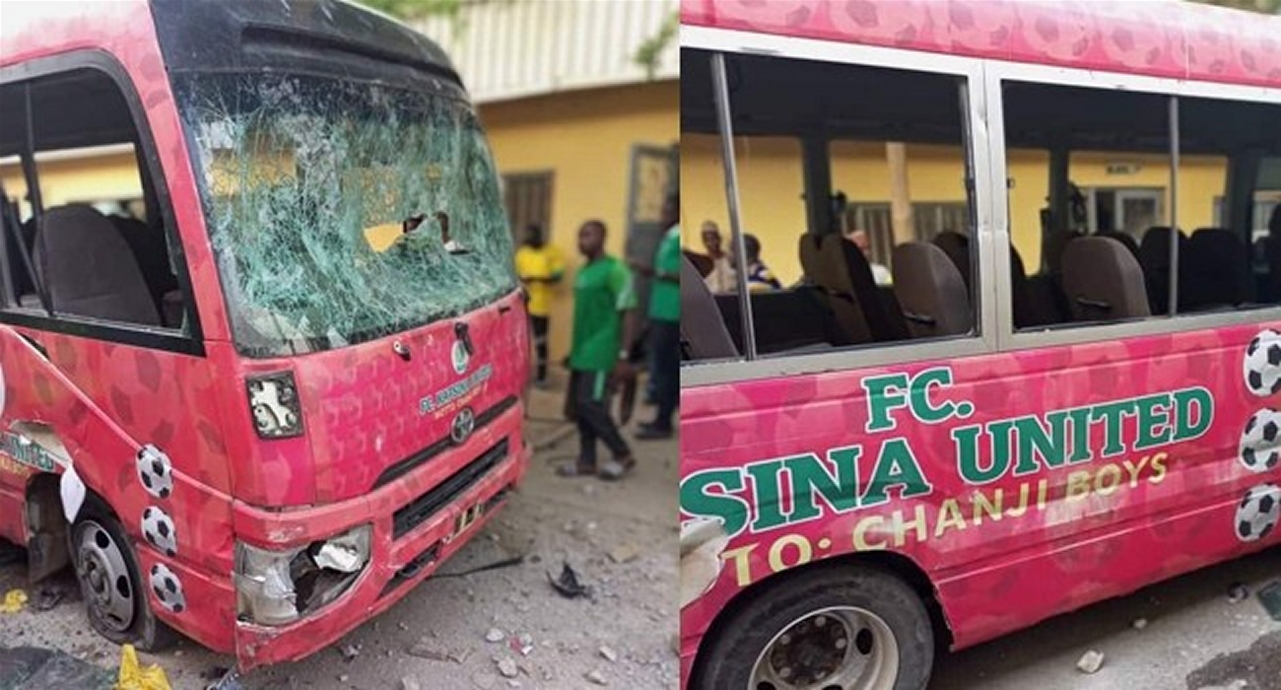 Nigerian clubside, Kano Pillars Football Club have been charged for breaching the Nigerian Professional Football League, NPFL Framework and Rules in their Matchday 23 game against Katsina United at the Sani Abacha Stadium in Kano.

The Kano club breached the league rules when some of their supporters threw objects onto the pitch thereby leading to the disruption of the game.

Some supporters of the club further encroached onto the pitch leading to the match being discontinued.

Kano Pillars failed to provide adequate security for the game which led to breakdown of law and order at the Sani Abacha Stadium.

Kano Pillars have been fined N1 million for the throwing of objects onto the pitch by their supporters.

The Kano club will also pay a fine of N5million for encroachment of the pitch by their supporters leading to the discontinuation of the match.

For failing to provide adequate security, Pillars will pay a fine of N1 million & will pay another N1 million fine for allowing unauthorized persons access to restricted areas.

The club are further fined N1 million for the unsporting behaviour of their supporters.

Kano Pillars will also be responsible for the repair and/or replacement of the damaged bus of Katsina Utd as well as certified belongings (of players & officials of the away team) either damaged or loss in the bus.

Kano Pillars supporters have also been suspended indefinitely from league matches & the club will ensure full compliance of this order.

Kano Pillars have 21 days to pay all the fines & repair/replace the damaged bus as well as replace certified damaged/lost belongings of Katsina Utd, their players & officials.

Kano Pillars will also play their remaining home matches for the current season at the MKO Abiola Stadium in Abuja while the Sani Abacha Stadium is closed down indefinitely to league games.

Three points will be deducted immediately from the accrued points of Kano Pillars for the latest infraction following repeated breaches of the NPFL Framework & Rules.

Kano Pillars also face a forfeiture of 3 points from their accrued points in the event of any further similar breach of the league rules.

The Kano Pillars v Katsina Utd (abandoned at 0-0) will be continued from the 79th minute at the MKO Abiola Stadium at a date to be announced later. Pillars will bear the costs for concluding the game including that of the away team as determined by the LMC.

Kano Pillars have 48 hours from the date of the sanctions to appeal.