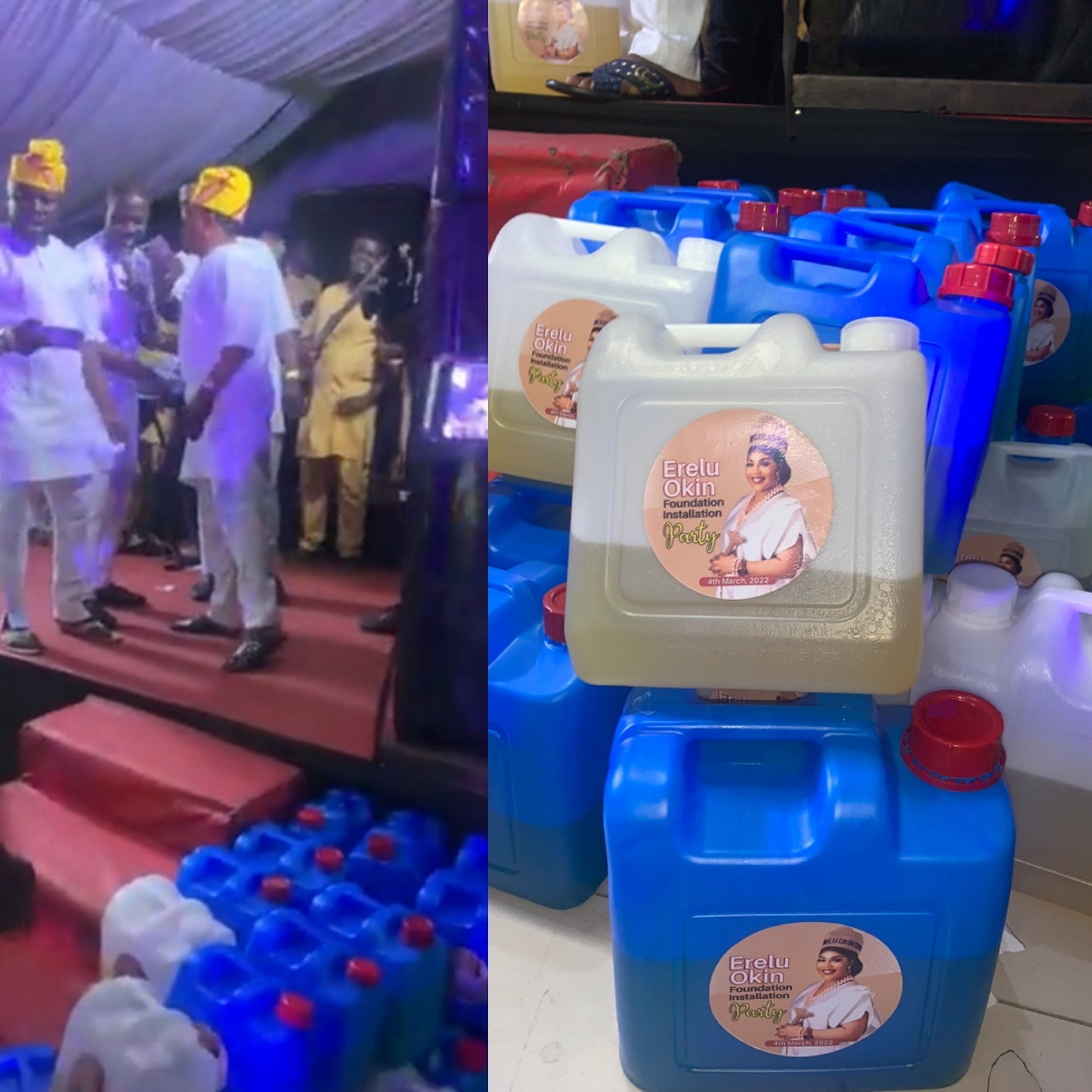 The prime suspect who distributed kegs of petrol as souvenirs at a party held at Havilah Events Centre, Victoria Island on 4th March, 2022, has been arrested, and subsequently arrraigned.

The suspect, Ogbulu Chidinma Pearl, was arraigned on a four-count charge of conduct likely to cause breach of peace, endangering human life by distributing combustible matter in a public gathering, intent to do harm to another and unlawfully carrying on the business of storage and containerising petroleum product without permit.

Ogbulu was arraigned yesterday 14th March, 2022 at the Special Offences (Mobile) Court of Lagos State in the Ikeja Magisterial District, Holden at Oshodi.

Recall that following the viral video of distribution of petrol as souvenir recently, the Lagos State Commissioner of Police, Abiodun Alabi, fdc, mnim, psc, had ordered the arrest of the suspect who was then at large.

The Commissioner of Police reiterates the Command’s commitment to protecting lives and property and further warns citizens against acts capable of endangering human lives.