I Never Had Sex With Fani-Kayode For 6 Years, He Cannot Perform - Says ‘Ex-Wife’-Seeks Custody Of 3 Kids 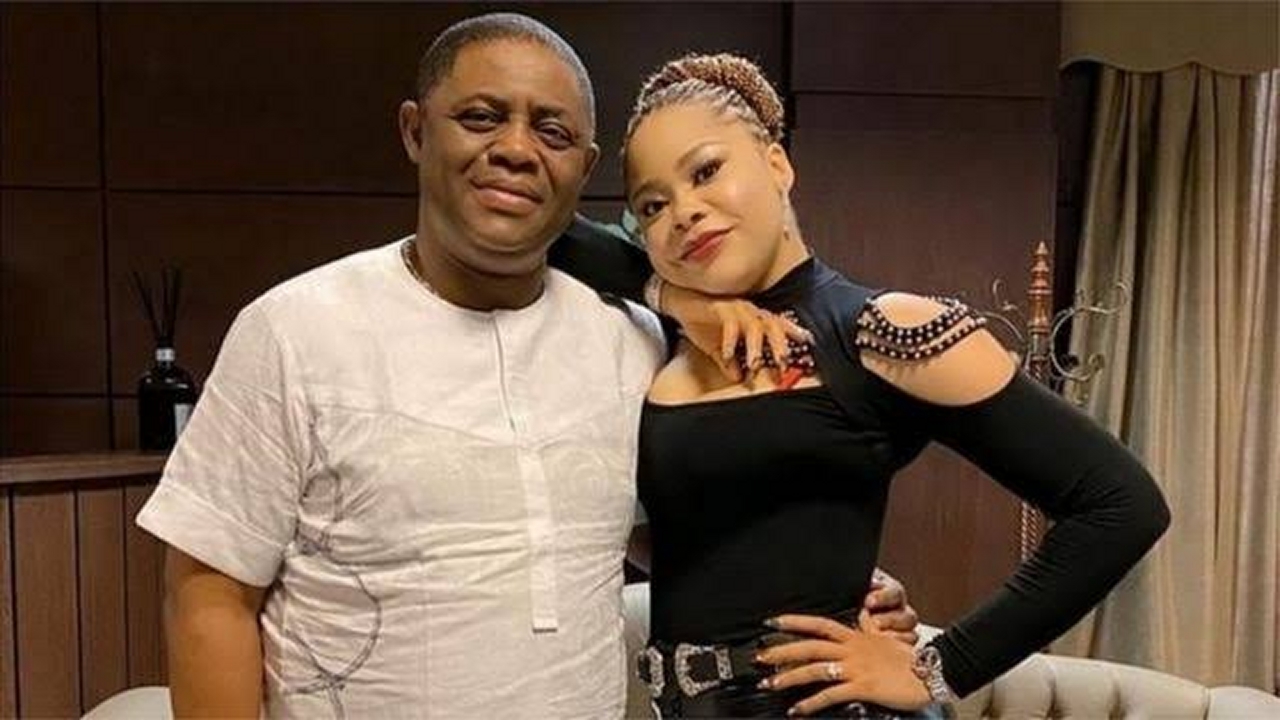 The Customary Court of Nigeria’s Federal Capital Territory (FCT), Abuja Tuesday adjourned till Wednesday to hear an application by a former beauty queen Precious Chikwendu seeking access to the four children she bore for a former Minister of Aviation, Femi Fani-Kayode.

Chikwendu filed the application through her counsel, Mr Abiodun Olusanya, informing the court that she had information that one of the kids – who were all said to be in Fani-Kayode’s custody – was injured in the head.

Olusanya told the court that the ex-minister had been served via substituted means, as ordered by the court.

In the suit marked FCT/CCK8/01/043/2021, Chikwendu told the court that Fani-Kayode never consummated his six-year relationship with her.

Chikwendu said she was forced to remain celibate during the cohabitation and alleged that the four children she birthed in her affair with Fani-Kayode were conceived via artificial insemination.

She prayed the court to declare that she was never married to Fani-Kayode because, contrary to his claims, he neither paid her bride price nor performed customary or statutory marriage rites with her.

She averred that in the course of their cohabitation, she found out that despite Fani-Kayode’s denial, his marriage to his third wife, Regina, subsisted.

She accused him of assaulting her several times, ordering his bodyguards to strip, lock her up in her room.

Chikwendu (the petitioner) made the averrments in her November 29, 2021 “Application for issuance of civil summons/plaint” against Fani-Kayode (the respondent) in suit FCT/CCK8/01/043/2021 filed by her counsel Mr Abiodun E. Olusanya.

She is seeking the following reliefs:

“An order declaring that there was no customary marriage between the Petitioner and the respondent (despite their six-year cohabitation) under the Nanka, Orumba North, Anambra State of Igbo native law and customs.

“Alternatively, assuming by the evidence during trial the court finds that there was a customary marriage between parties:

“An order dissolving the customary marriage between the petitioner and the respondent forthwith.

An order ordering the respondent to be continuously responsible for the academic, medical, clothing and welfare of the four children of the cohabitation.

“An order ordering the respondent to release and return the Petitioner’s property.”

Others are the petitioner’s mother’s burial videos and souvenirs, mother’s certificates and documents, the petitioner’s clothes and personal belongings including gadgets, sewing machines left at the children’s play area and Petitioner’s fridge and kitchen gadgets for her food company, Mommy Pee Food.

Chikwendu said her relationship with Fani-Kayode, her former “estranged cohabiter,” was full of “woes, lies, deceits, quarrels, assaults, battery and domestic violence, lack of trust and absence of love, public disgrace and shame, and absence of sex due to the inability to sexually perform and intolerable behaviour of the respondent.”

She contended that there was never a marriage between the parties on the ground, among others, that the respondent “has continuously behaved in such a way that the Petitioner cannot reasonably be expected to continue to live with the respondent any further or formally enter into any form of traditional marriage whit him.”

She added: “From the inception of the cohabitation, the Respondent has been a violent person who attacks the Petitioner and her family members at will without provocation.”

She averred that in 2016 when EFCC raided Fani-Kayode’s house, she found his marriage certificate with his third wife, Regina, following she confronted him with it and requested to see the subsequent divorce certificate, following which he allegedly confessed that he had yet to do so.

Chinwendu added: “At every attempt, the petitioner made to have sexual intercourse with the respondent, there was never erection of the respondent’s penis/manhood and penetration was frustrating.

“During such periods of frustration and sexual desire, the petitioner would be left with the choice of merely rubbing herself on the respondent, to have the slightest bit of relief.

[b]“The petitioner then insisted parties should seek medical help for the respondent, and on visiting the family doctor, the respondent claimed he was diagnosed of having a cyst on his penis/manhood, which is not allowing the respondent to have erection and or perform sexually.

“The respondent was supposedly placed on cyprotab and the doctor suggested that the respondent should go and decide when he wishes to remove/untangle the cyst.

“Few days after the visit to the doctor, the respondent informed the petitioner that he had discussed with Regina and she had prayed over it, that the respondent should not do the operation, else he would die.

She claimed that Fani-Kayode was in the habit of not paying his domestic staff/workers/nannies, “which leaves the workers angry and they could unleash and or transfer their anger on the children, they may kill any of the children any day, if the children are left with the respondent.

“Most of the domestic staff/workers/nannies that are not paid their wages, usually resign and run away without informing anyone and considering the security situation, the workers could kidnap any of the children.

“Currently the respondent is in court with some of the former domestic staff/workers for noa payment of salaries and abuse.”

Fani-Kayode is yet to file a response to the application.

But in another suit, Fani-Kayode asked the Federal High Court in Abuja to dismiss the N800 million suit that was instituted against him by Chikwendu.

In a counter-affidavit he filed through his team of lawyers, he told the court that his ex-wife deprived his children of breast milk on the account of the need to preserve her shape.

He also said it was “coupled with a contrived medical condition which she claimed would not permit her to breastfeed them”.

In a 23-paragraph affidavit he personally deposed to in opposition to the suit, Fani-Kayode, said it was not true that the applicant (Ms Chikwendu) was violently separated from the four children they had together.

He told the court that rather, “she elected to leave her matrimonial home and consciously abandon the children, in order to optimise without restraints, her extra-marital and inordinate sexual escapades.

“As a fact, it is not surprising that Ms. Precious Chikwendu is capable of such reckless abandonment, because: whilst she was with me in the house afore-described, she employed 12 in-house nannies to cater for the children, excluding supervisors and nurses who equally attend to them.”

“The applicant did not at any time extend maternal care to the children, for the reason that she had a medical condition which deprived her of any filial bond with them; she deprived the children of the natural sucks or breast milk, also on account of the need to preserve her body shape, coupled with a contrived medical condition which she claimed would not permit her to breastfeed them,” the statement read in part.