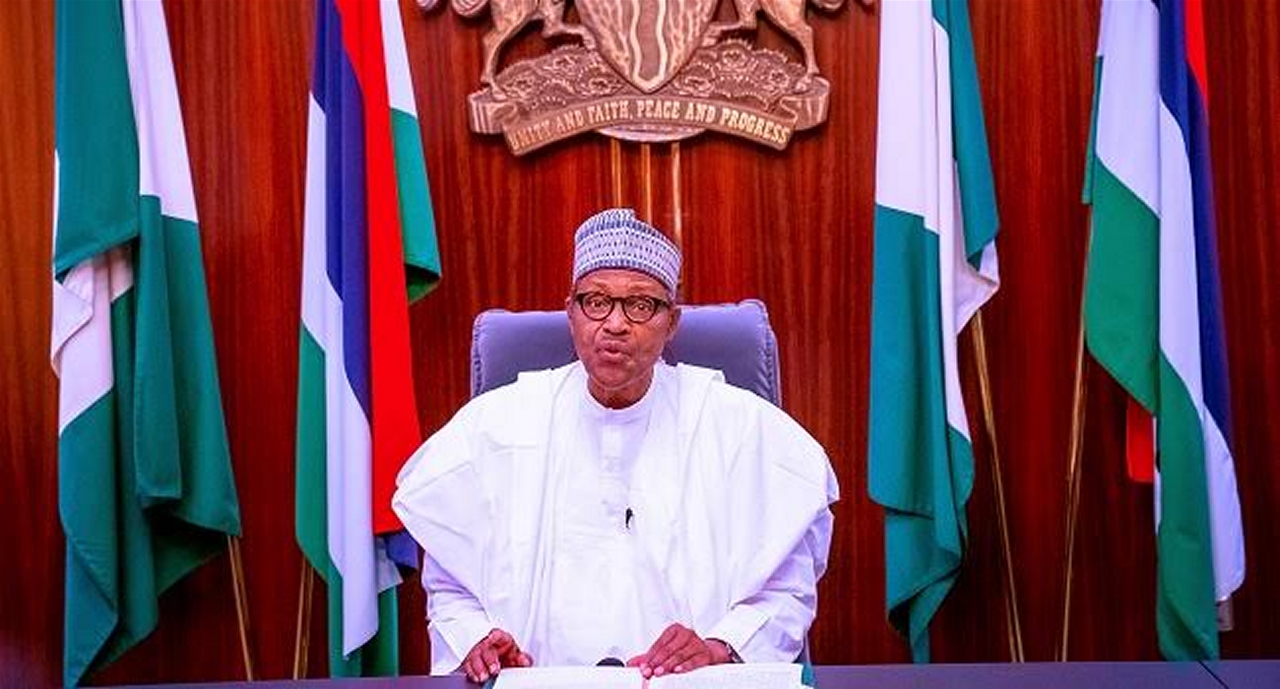 With profound respect and warmest wishes, I humbly write to felicitate with you, the Grand Commander of the Order of the Federal Republic, on the solemn occasion of the 61st independence anniversary of our fatherland – the most populous black nation on earth – Nigeria.

Your Excellency, after listening to your inde-pain-dence speech, I hissed. I also razzed the oratory ease of former President Barack Obama because your speech ranks far ahead of Martin Lurther King Jr’s timeless speech, ‘I have a dream’, delivered during a march on Washington on August 28, 1963.

Sadly, however, though the march to Nigeria’s independence did not came to fruition until October 1, 1960, when you were only a child of 17 years, the unfair political dominance of your North against the more productive regions of the South-South, South-East and South-West had been grudgingly tolerated until your fascism ascended the throne again on May 29, 2015, and the country descended into the bottomless pits of tribalism and nepotism.

Mr President, sir, for posterity to record a single achievement in your name, you need honest people to tell you the truth at all times, not sycophants whose praise songs you seem to enjoy to the detriment of collective good.

Baba Buhari, if I may ask, what is preventing thy holier-than-thou regime from freighting to the US, Abba Kyari, the dubious super-cop and errand-boy to internet fraudster, Hushpuppi, where he is wanted for wire fraud indictment.

It is more than 90 days since the FBI called for the arrest and extradition of the disgraced Kyari, a request which your regime has not obliged.

For personally ordering the trial of the immediate past Director General of the Federal Institute of Industrial Research, Oshodi, Chima Igwe, over an allegation that he collected salaries for 18 years with a fake doctorate degree while your regime has shilly-shallied on the extradition of Kyari, the integrity of your administration leaves much to be desired.

Your Excellency, did you personally order the trial of Igwe because he is Igbo, and procrastinate on the extradition of Kyari because he is Kanuri?

Mr President and Commander-in-Chief of the Armed Forces, whether you like it or not, I will always speak truth to your power.

Your articulation during the independence speech has been described by millions of disappointed Nigerians as ordinary and empty, unlike the threat your voice carried in June this year, when you vowed to deal with the Igbo in the language they understand, for agitating to have a country of their own, which you portrayed as ‘landlocked’.

Being your loyal subject and fierce admirer, I know why your speech was boring and carried a certain tiredness when morning broke on independence day. I shall disclose the reason to Nigerians free of charge.

Many Nigerians woefully failed to realise that you are a caring father, who would not rest until your children attended the same overseas schools with the children of billionaires while you keep a low-profile on the political front in Nigeria.

Sai Baba, permit me to challenge fellow compatriots to show me any incorrupt leader like you, whose voice would not wane after sending his children to super expensive schools abroad with humongous funds unknown and undisclosed to Nigerian taxpayers.

Only a tender, loving father like Mr Integrity would send his first daughter, Fatima, to the United Kingdom for a postgraduate degree at Business Academy in Stratford while he pleads with Nigerians not to take foreign exchange abroad.

Only an adoring and caring father would send his second daughter, Nana-Hadiza, to Essence International School, Cobham Hall, Kent, United Kingdom; and the University of Buckingham for a postgraduate degree, and yet claims he could not afford N27m fee for the presidential nomination form of the All Progressives Congress.

Only a doting and responsible father like the unrich Buhari would send his third daughter, Safinatu, to Essence International School, Cobham Hall, Kent, United Kingdom, and the University of Plymouth, United Kingdom – presently at Arden University, United Kingdom while refusing to make public his net worth as promised during electioneering.

No one but an affectionate and kind father like you, sir, would send his fourth daughter, Halima, to the British School of Lome; Bellerbys College, Brighton, United Kingdom; and the University of Leicester, United Kingdom in an era when one British Pound (£) exchanges for a sack of Nigerian naira (₦).

Nigerian, tell me, is it wrong for a patriarchal and patriotic father to send his only begotten son, Yusuf, to British School of Lome; Bellerbys College, Brighton, United Kingdom; University of Surrey, United Kingdom, while giving hope and promise to millions of Almajiri children in the North?

And when a father loves the apple of his eyes like Buhari loves his daughter, Zahra, he would hand her the keys to a presidential jet, after sending her to British School of Lome; Bellerbys College, Brighton, United Kingdom, and the University of Surrey, United Kingdom on the weakened naira he earns as salary.

Interestingly, Buhari’s biographer, Professor John N. Paden, confirmed the above-mentioned schools to the world in his book, “Muhammadu Buhari: The Challenges of Leadership in Nigeria.”

I cannot hurriedly forget the joy of Hadjia Aisha, Buhari’s jewel of inestimable value, knew no bounds when their daughter, Hanan, graduated from a UK University with a first class in an undisclosed discipline in December 2019 as the First Lady shared pictures of the graduation on social media.

Like her siblings, Buhari’s 17-year-old last-born, Amina, will not miss out on the family tradition of ferrying millions of naira to Britain in exchange for a degree.

The same governmental neglect witnessed in the areas of healthcare delivery, infrastructure, security and employment can be pinned down to the availability of solid Plan B aka alternatives, to Nigerian leaders.

So, when President Buhari, in his independence speech, blames the skyrocketing prices of food items on hoarding middlemen, it is clear that the Katsina general has lost touch with governance.

If Mr President does not know that the activities of his Fulani kinsmen who disrupt farming activities with their herds nationwide, coupled with the sacking of communities by the murderous Boko Haram terrorists, were responsible for food shortage in the country, then governance is dead here!

The 101-point independence speech failed to address the crucial issue of nationwide galloping inflation that has seen the dollar exchange for N570, hence I ask, is Mr President living the lie, or is he simply incapable of comprehending the challenges of governance – like a school pupil and an inscrutable math sum?

Mr President, your uninspiring and disappointing speech also failed abysmally to proffer a solution to the worrisome brain drain afflicting all sectors of the economy, especially health.

Sir, the gaping holes in your pathetic speech, make your promise to lift 100m Nigerians out of poverty in 10 years laughable because poverty has been the bedmates of Nigerians in the last six years.

After listening to your speech, I wished I could just fast-forward May 29, 2023 to tomorrow so that Nigerians can restart their lives again.

Thanks for reading, sir.