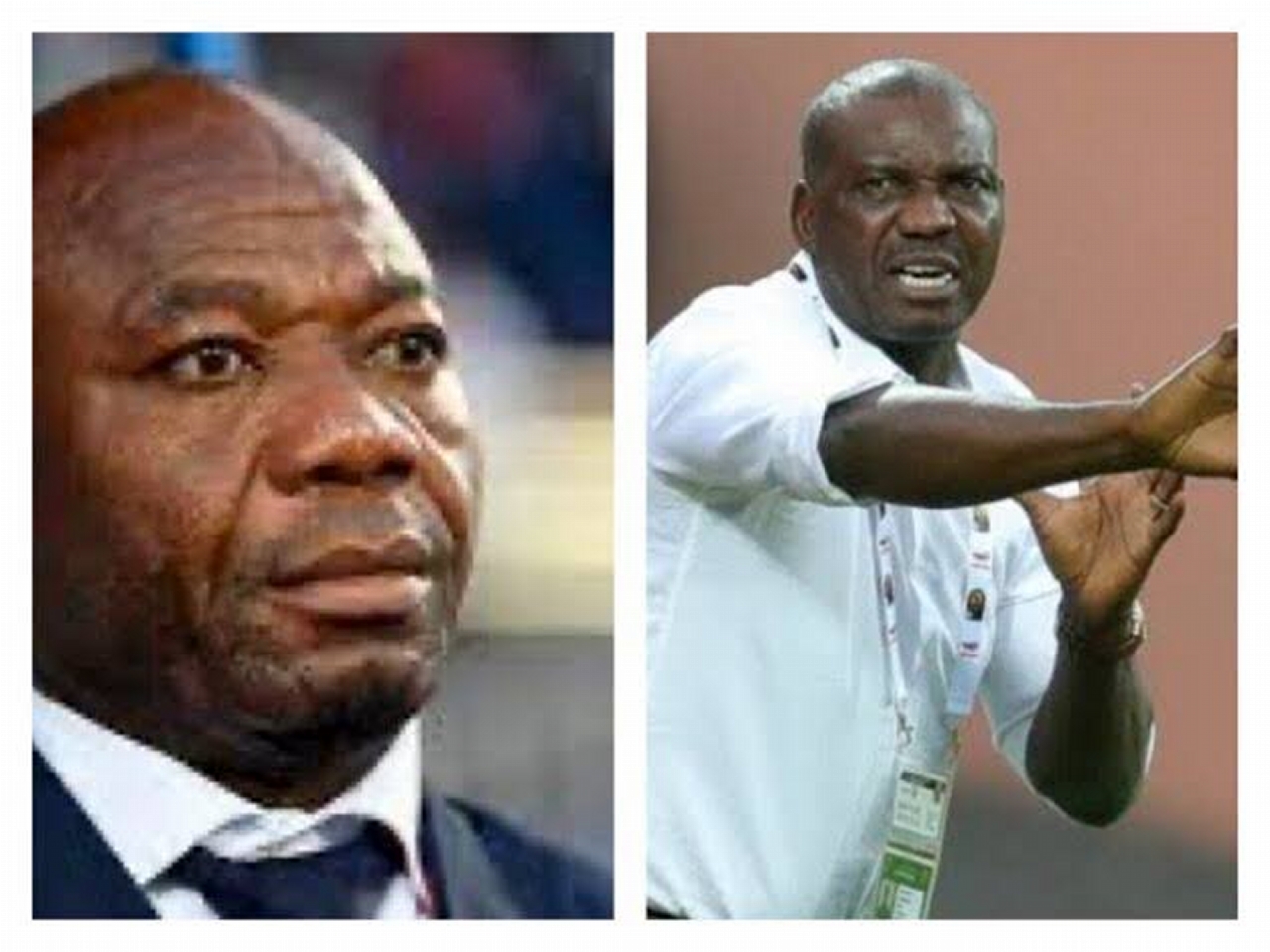 The Nigeria Football Federation on Monday announced the reconstitution of the technical crew of the Senior Men National Team, Super Eagles, with Augustine Eguavoen staying as Interim Technical Adviser while former Nigeria World Cup star and former U20 Boys’ Head Coach, Emmanuel Amuneke drafted in as immediate assistant to Eguavoen.

One of the most garlanded footballers to have come out of Nigeria, Amuneke scored both goals that won Nigeria the 1994 Africa Cup of Nations final match against Zambia in Tunis, scored the goal that won Nigeria and Africa’s first Olympic football gold medal in 1996 and played in the 1994 and 1996 FIFA World Cup finals, scoring two goals in USA ’94.

As coach, the electrifying winger qualified Tanzania for the 2019 Africa Cup of Nations in Egypt and led the Taifa Stars in the finals. He is a Member of both the FIFA and CAF Technical Study Groups.

“The NFF Board has approved a recommendation of the Technical and Development Committee retaining Augustine Eguavoen as Technical Director/Technical Adviser (interim) while Emmanuel Amuneke becomes the Chief Coach of the Super Eagles. Salisu Yusuf will be the 2nd Assistant Coach/Chief Coach of the CHAN team and Joseph Yobo will be 3rd Assistant while Aloysius Agu remains the Goalkeepers’ Trainer,” NFF General Secretary, Dr Mohammed Sanusi announced.

The reconstitution comes after the Super Eagles’ outing at the 33rd Africa Cup of Nations finals in Cameroon, and ahead of the potentially –explosive FIFA World Cup Qatar 2022 play-off round against the Black Stars of Ghana next month.

Sanusi added: “We acknowledge and appreciate the interest that Mr Jose Peseiro has shown in Nigeria Football during our very cordial discussions and have absolutely no doubt about his capacity. We believe that perhaps in the future, there could be an opportunity to work with him. However, in view of the positive performance of the Super Eagles at the just-concluded Africa Cup of Nations which has given hope to Nigerians and boosted our confidence in the present coaching crew to qualify us for the World Cup in Qatar, we have decided to accept the recommendation of the Technical and Development Committee to retain the Eguavoen-led coaching crew and strengthen it with the addition of Emmanuel Amuneke.”