How Many Bullion Vans Does Yemi Osinbajo Have? By Tony Okoroji 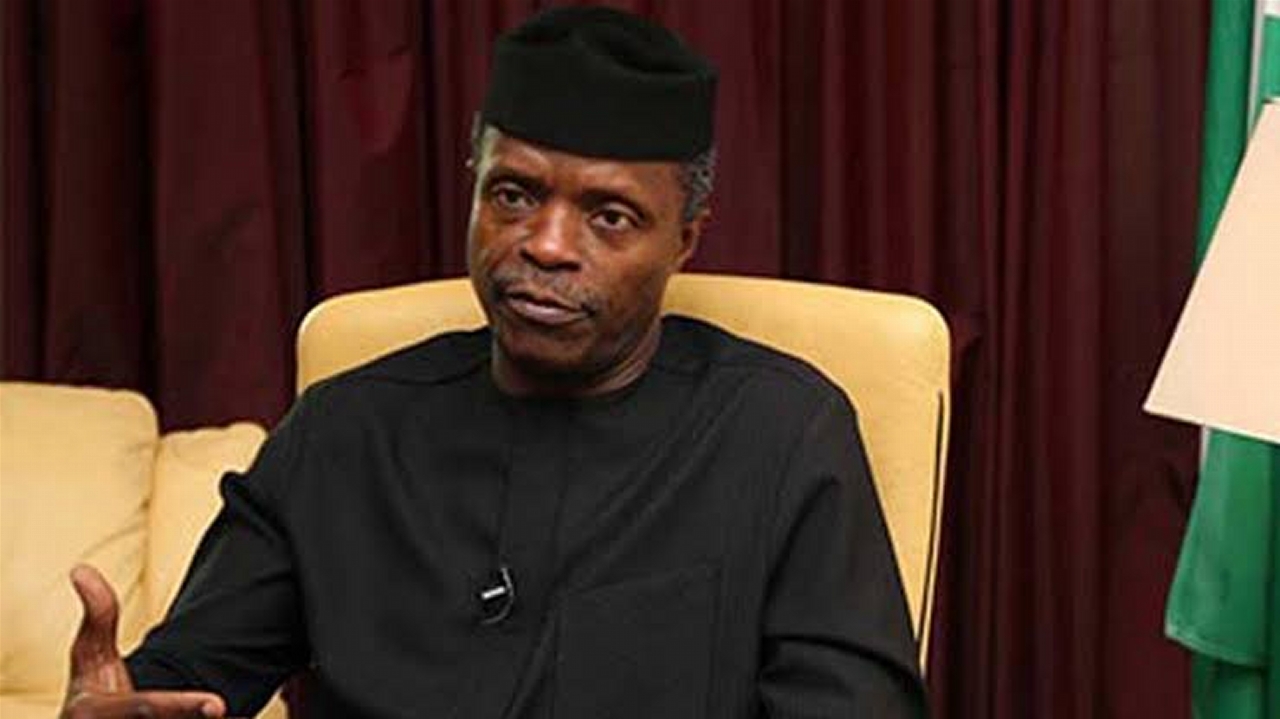 At a time when many will swear that the Nigerian nation is burning, those who believe that they own Nigeria are busy flexing their muscles. They have recruited all those who can write tolerable grammar to write for them or who can speak without any comma or full stop, to tell one and all how they are the greatest men in the history of mankind and that God has ordained them to rule Nigeria in 2023. Please note that they want to rule Nigeria, not lead Nigerians.

If you are a publicist or a professional noise maker and nobody has engaged you yet, then you have a big problem. You might need to go to your village and ask the oldest man in the clan the reason for your misfortune. Check Facebook, WhatsApp and the other popular digital platforms and you will find that anybody who can write is writing. On radio and television, anybody who can talk is talking. Oh! you will read and hear so much bad English and bad reasoning and a lot of nonsense. The noise makers are already very hard at work and yet, the battle is just beginning!

During the week in Dreamland, I met a Jagaban campaign man whose name I do not remember. He swore by the name of his long dead grandmother that it is either the Jagaban or no one else in 2023. The Jagaban campaign man is certain that the Jagaban is the only one who has the money to match anyone else naira for naira, dollar for dollar, bullion van for bullion van on the way to Aso Rock. I tried to argue with him and he looked at me and asked, “who bankrolled Buhari’s election?” He then put it to me that Buhari could not have been President without the Jagban! I asked him what business the Jagaban does from which all this big-big money is coming, and he told me that I was asking a stupid question. “Don’t you know that the Buhari government is waging a very transparent war against corruption in Nigeria. Have you heard that the EFCC arrested or asked the great Jagaban any question? Is that not enough for you to know that the man is clean?”

I was confused. Since money is the determinant, I asked the Jagaban man why should we not surrender the presidency to Aliko Dangote? After all, Aliko is reputed to be the richest man in Africa. He is in a position to match anyone naira for naira, dollar for dollar, bullion van for bullion van on the way to Aso Rock? It occurred to me that it is possible that Aliko does not like the architecture of the Aso Rock mansion, So I asked, “if not Aliko, what of Abdulsamad Rabiu, chairman of BUA Group who is now reputed to be the next richest man in Nigeria?”

The Jagaban man reminded me that the presidency is supposed to be zoned to the South. “Not the South-East?”, I asked. He quickly answered, “You don’t get it. We are not talking about buying and selling. Who in Igbo land has any serious bullion van?”. “Ok”, I then asked, “in that case, what is wrong with Mike Adenuga said to be Nigeria’s No 3 richest man. Is he not a from the South?” The Jagaban advocate stared at me in disbelief and said, “You do not understand the kind of money we are talking about. It is not the kind of money you get by selling recharge cards or sugar or fuel or cement. Counting machines can count that kind of money and only a foolish man sweats to make that kind of money and spends it on the way to Aso Rock. We are talking about real money. The money you need to get to Aso Rock cannot be counted. It is inexhaustible. Apart from the Jagaban, the only person in Nigeria who can try with that kind of money is Atiku. You would think that after the many billions he shelled out four years ago, Atiku would be broke. No! Atiku is ready to do it all over again. But, be reminded that this battle has been fought before. In 2015 during the APC primaries at the Teslim Balogun Stadium in Lagos, Atiku tried to flex his muscles with dollars. When the Jagaban arrived, the music changed. It became clear that dollar pass dollar. That was how Buhari won the nomination and Osinbajo joined him as VP”

I then quizzed the Jagaban apostle, “talking about Osinbajo, I hear that he wants to throw his hat in the race”. The Jagaban man laughed and looked at me almost in pity and asked, “How many bullion vans does Yemi Osinbajo have?”

The Jagaban man told me that I do not understand Nigerian politics and that I should go and face my showbusiness. According to him, Nigerian politics is different from the kind of politics you read in textbooks. According to him, Nigeria has about 200 million very-very hungry people who have been pauperized. They have no patience for promises of what you will do for them in four years. They want food now and not grammar! And whoever brings food now is their God.

Hmmm… I consider politics to be show business expressed differently. If an orchestra must deliver a performance worthy of sustained applause, all the instruments must be finely tuned and all the instrumentalists in harmony. The carriage and body language of the performer is critical. I have never met Yemi Osinbajo but I like his carriage, body language and the intellect he exudes. He seems to be a thinking man. It is the same way I like Peter Obi, Pius Anyim and a few others. I verily believe that we need to change this bullion van mindset if we are going to lift millions of our countrymen from the despair and hunger they are consumed in.

I will not be surprised, despite what the Jagaban man says, if the Osinbajo orchestra hits the right notes because I know some of the key figures in the group. One of the V.P.’s top advisers is an incredibly brilliant Nigerian called Ade Ipaye. Ipaye was Attorney-General in Lagos State. Ipaye taught me the Law of Contract at the University of Lagos, became my course supervisor and we developed a warm relationship. While he was AG in Lagos, there was nothing in the carriage of this unassuming and incredibly efficient gentleman that would suggest to you that he was one of the most powerful men in Lagos. Ipaye once walked into an event I hosted in Lagos. There was no big agbada, no aide following him, no airs, nothing! He is a thinking man.

Anyone who has followed the career of Laolu Akande, who has been managing Osinbajo’s communication would know that he understands the value of timing, rhythm and drama in communication. It may be politics but it is also showbusiness.

But let us not get ahead of ourselves. Is Osinbajo in the game? With or without any bullion van, Osinbajo would face daunting challenges. Does he have the heart?