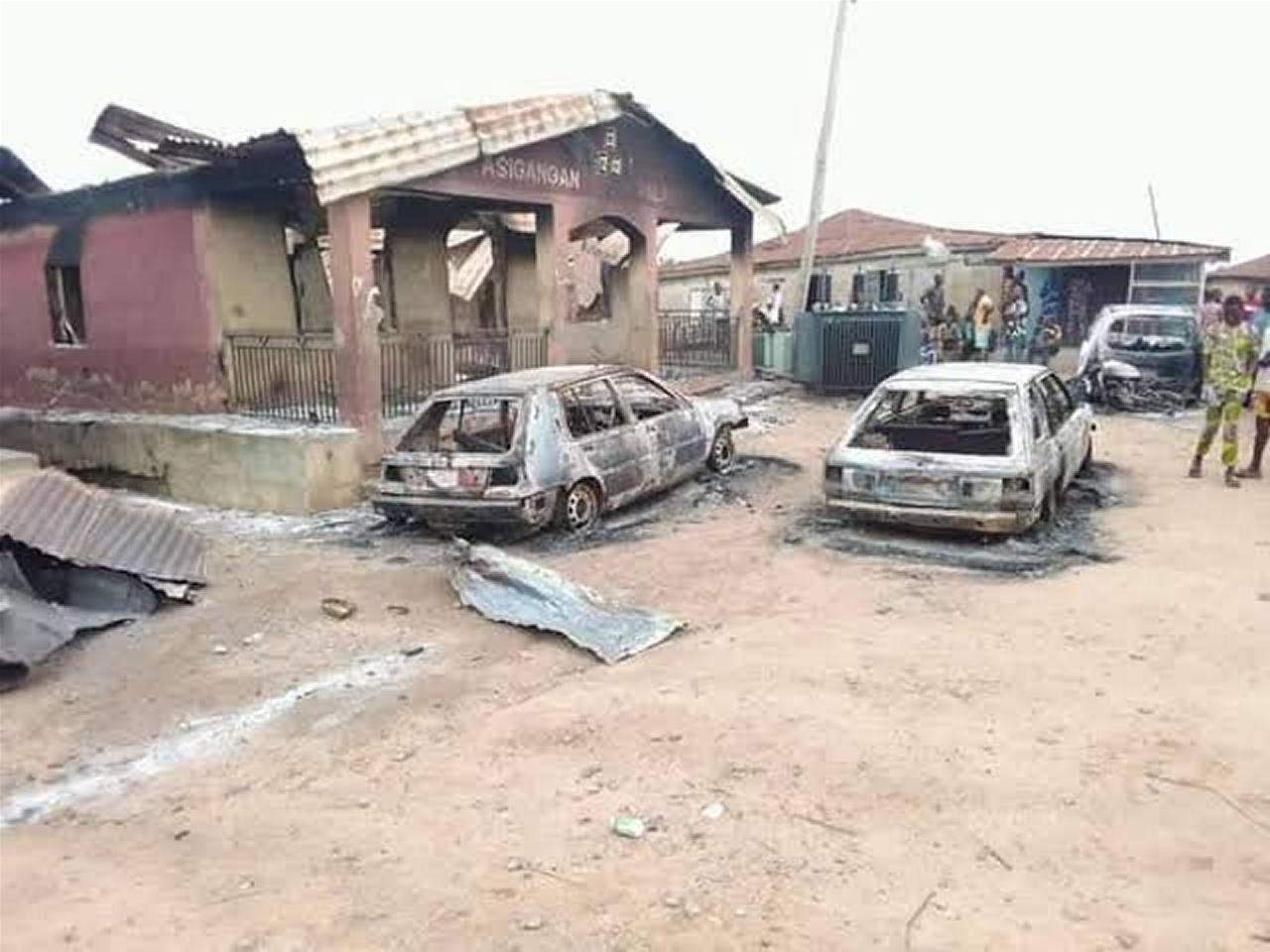 The Oyo State Government and community leaders
on Saturday, declared that men of the Nigeria Customs Service attacked Igangan and other parts of Ibarapa on Friday.

Political and traditional leaders of Ibarapa extraction described the evening raid on the Igbo Ora and other communities by men of the Nigeria Customs Service (NCS) as unnecessary and not well-thought-out.

The leaders, including the Olu of Igbo Ora, Oba Jimoh Olajide Titiloye, and the Chairman of Ibarapa North Local Government, Hon. Adeoye Adedoyin, spoke at a meeting held in Igbo Ora with a fact-finding team of the Oyo State Government, led by the Executive Assistant on Security Matters to Governor Seyi Makinde, CP Sunday Odukoya (rtd).

The leaders said that it was regrettable that the Customs Service troubled the peace of the area when its men stormed Ibarapaland, shooting sporadically.

The Olu of Igbo Ora, who was first to speak, said that the Customs’ raid left Igbo Ora and other adjoining towns in disarray following the raid that left three persons, including an Amotekun operative dead.

“The raid left so much turmoil in our communities as the Customs men came, shooting sporadically. Many of our people ran helter-skelter.

“We want it stated loud and clear that our communities, Igbo Ora, Igangan and Ayete are not border towns. Why should Customs turn the communities to theatres of bloodshed and war?

“We want Customs to regulate their operations. It will be better if the authorities restrict them to border towns to end unwarranted attacks on innocent communities,” the Olu of Igbo Ora said.

Chairman of Ibarapa North Local Government, Hon. Adedoyin, also told the meeting that the raid left a sour taste in the mouth, as, according to him, peace had returned to the area following the series of security steps taken by the State and Local Government after the last attack on the area by suspected herdsmen.

“We have received the cooperation of state and non-state actors in our efforts aimed at boosting security. The hunters, Amotekun and other security agencies have been cooperating fully, but we were shocked to hear reports of sporadic gunshots and commotion that ensued after a raid by men of Customs Service.

“That raid is regrettable because it threatened the peace of our area,” the Council Chairman said.

Odukoya, the Executive Assistant to Governor Makinde, in his address,  called for vigilance and calm among the people, adding that the community policing and integrated policing initiative of the administration has been effective.

He said that the police in the area have confirmed the death of one Amotekun operative and two other persons following the said raid.

The team, which later visited Igangan, Ayete, Tapa, locations in Igbo Ora, was accompanied by traditional rulers and community leaders from across Ibarapa land.