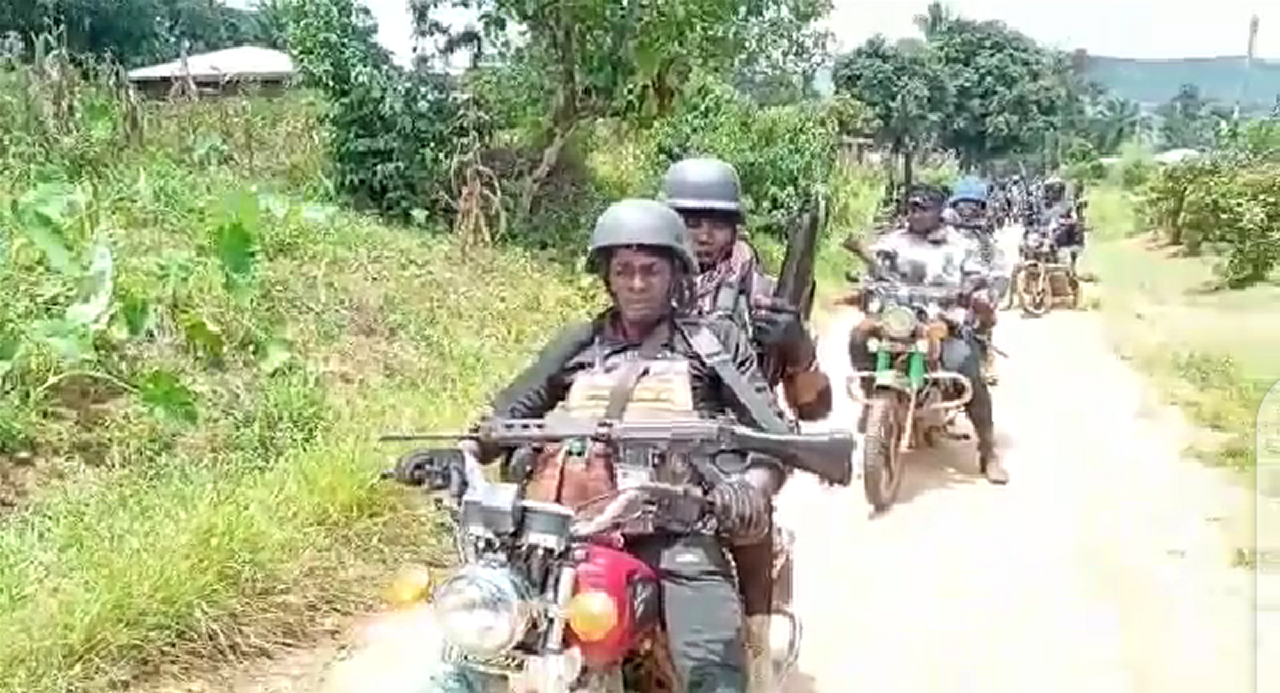 Video emerge of an armed Ambazonia separatist group travelling on several motorbikes in an unknown location in the North West and Southwest region of Cameroon.

The separatist is known to have become more sophisticated and deadly since the crisis for independence began in 2017 in the two majority English speaking regions of Cameroon. Some separatist leaders calling themselves Ambazonia Defence Forces are known to have developed operations and strategic alliances with Nigeria based Biafra separatist groups located in the south of Nigeria.

A one-week lockdown in favour of the independence of Ambazonia was declared by the Biafra separatist group in Nigeria – cementing the borderline links between the two varying independent movements in West and Central Africa.

In the video, the narrator said the heavily armed gunmen were heading to BUEA – the South West region and the capital of former British Southern Cameroon where the separatist are clamouring to commemorate the celebration of Independence Day on Oct 1st 2021.

Local and international mediation efforts to reach a solution to the bitter conflict have failed to yield any results. Fighting continues despite calls by the UN for both the government of Cameroon and Ambazonia Forces to cease fire and engage in dialogue and negotiations.

David Otto, Director for Stepped In – Step Out UK Ltd and a Counter-Terrorism and Organised Crime Expert says left unchecked, the separatist conflict in Cameroon has the potential to turn into huge stability, security and economic impact on border activities between Nigeria and Cameroon.