Aisha Buhari Not Pregnant, Suspected To Have Cancer - Sahara Reporters 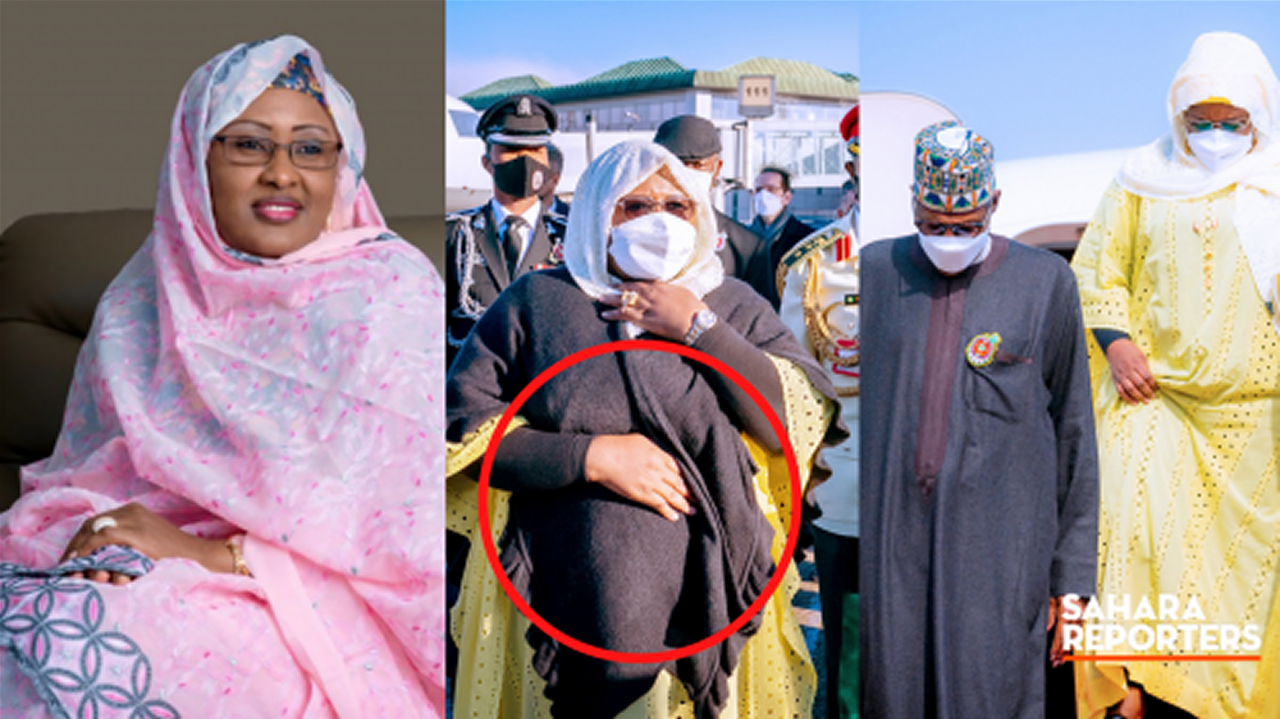 Nigeria’s First Lady, Aisha Buhari Not Pregnant, Down With Ailment Suspected To Be Cancer

Pictures showing Aisha and President Muhammadu Buhari arriving in the country from Turkey on Sunday had fuelled pregnancy rumour, with many Nigerians wondering if the First Lady is expecting a baby.

In one of the pictures, Aisha was seen in a yellow lace kaftan and a black shawl draped over what appeared like a baby bump which she tenderly placed her right hand on.

Another picture showed the couple on the plane’s stairs, with the First Lady having what looked like a baby bump as she gently stepped down the flight of stairs.

However, a presidential source on Monday told SaharaReporters that Aisha isn’t expecting a baby but down with an ailment.

He added that drugs being taken by the First Lady caused her to gain weight and also affected her shape.

“She’s not pregnant. She’s treating an undisclosed disease which is believed to be cancer. The drugs she’s taking had caused her to gain weight,” the source said.

In August 2020, Aisha was flown to Dubai, United Arab Emirates for urgent medical treatment after complaining of neck pain.

The neck pain was said to have started shortly after she returned to Abuja from a trip to Lagos in July where she had visited Florence, widow of former Oyo State governor, Abiola Ajimobi, who died of coronavirus complications on June 25, 2020.

Her decision was triggered by a shooting incident that occurred in June and caused some panic among occupants of the Aso Villa, a source had said.

SaharaReporters had reported that there was a crisis in Aso Villa after security details of the President’s wife removed Buhari’s Personal Assistant, Sabiu ‘Tunde’ Yusuf, from the place after he refused to embark on a 14-day isolation period upon returning from a trip to Lagos.

Shortly afterwards, the First Lady’s ADC, Usman Shugaba, in an attempt to apprehend Yusuf, reportedly fired gunshots but the President’s aide escaped to the residence of Mamman Daura where he spent the night.
Yusuf soon ordered the arrest of Aisha’s ADC and other security details in connivance with Buhari’s chief security officer. Buhari had ordered a probe into the alleged security breach inside the Presidential Villa.