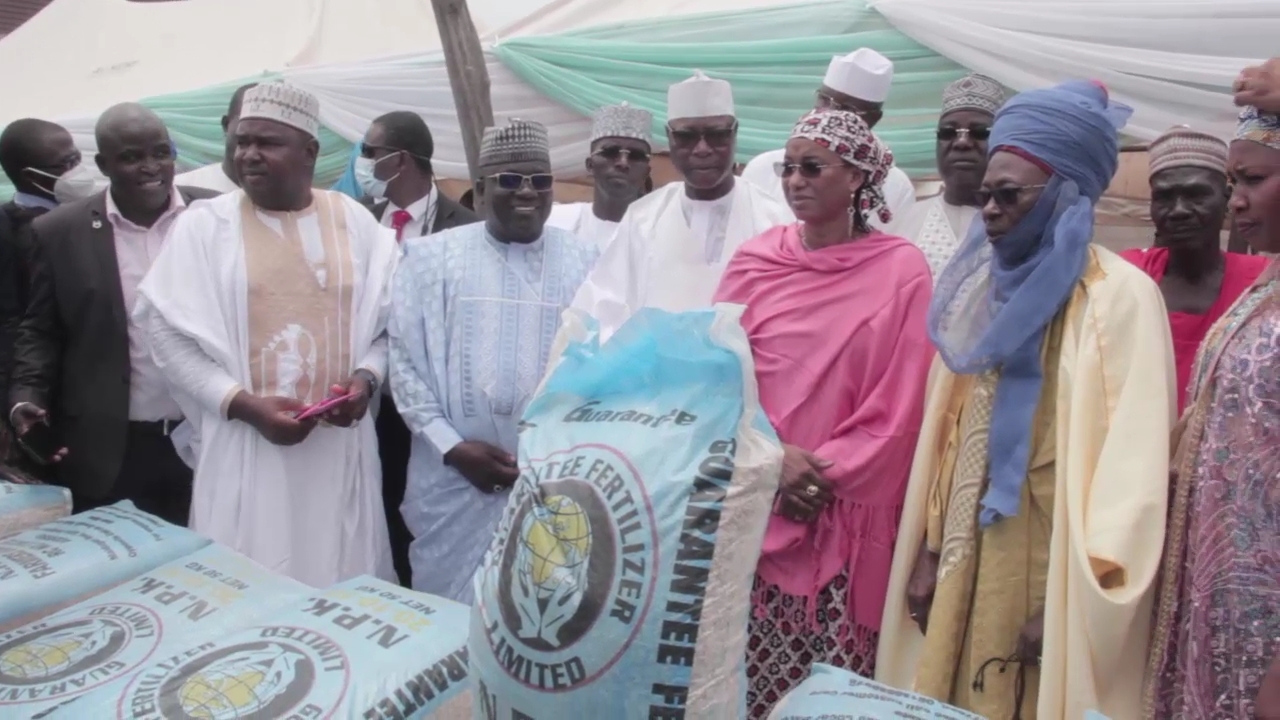 Farmers in Adamawa state in Nigeria have received a boost to their farming activities.

Senator Aishatu Dahiru Ahmed Binani who is also the gubernatorial candidate of the All Progressives Congress (APC) in Adamawa said the distribution of fertilizer to farmers is to ensure bumper harvest and improving food security in the state.

Flagging off the Fertilizer distribution, the APC chairman in Adamawa state, Ibrahim Bilal appealed to politicians to impact on the lives of the less privileged.

The APC governorship candidate added that the programme will be extended to the 21 local government areas of the state.

She also added that a total of 8,400 bags of rice and maize which is obtained through a political group “Baba Buhari For All” will be distributed to the less privileged across the 21 local government areas of the st ate.

The Senator who said the Fertilizer is free, challenged the beneficiaries to ensure judicious utilization of commodity.